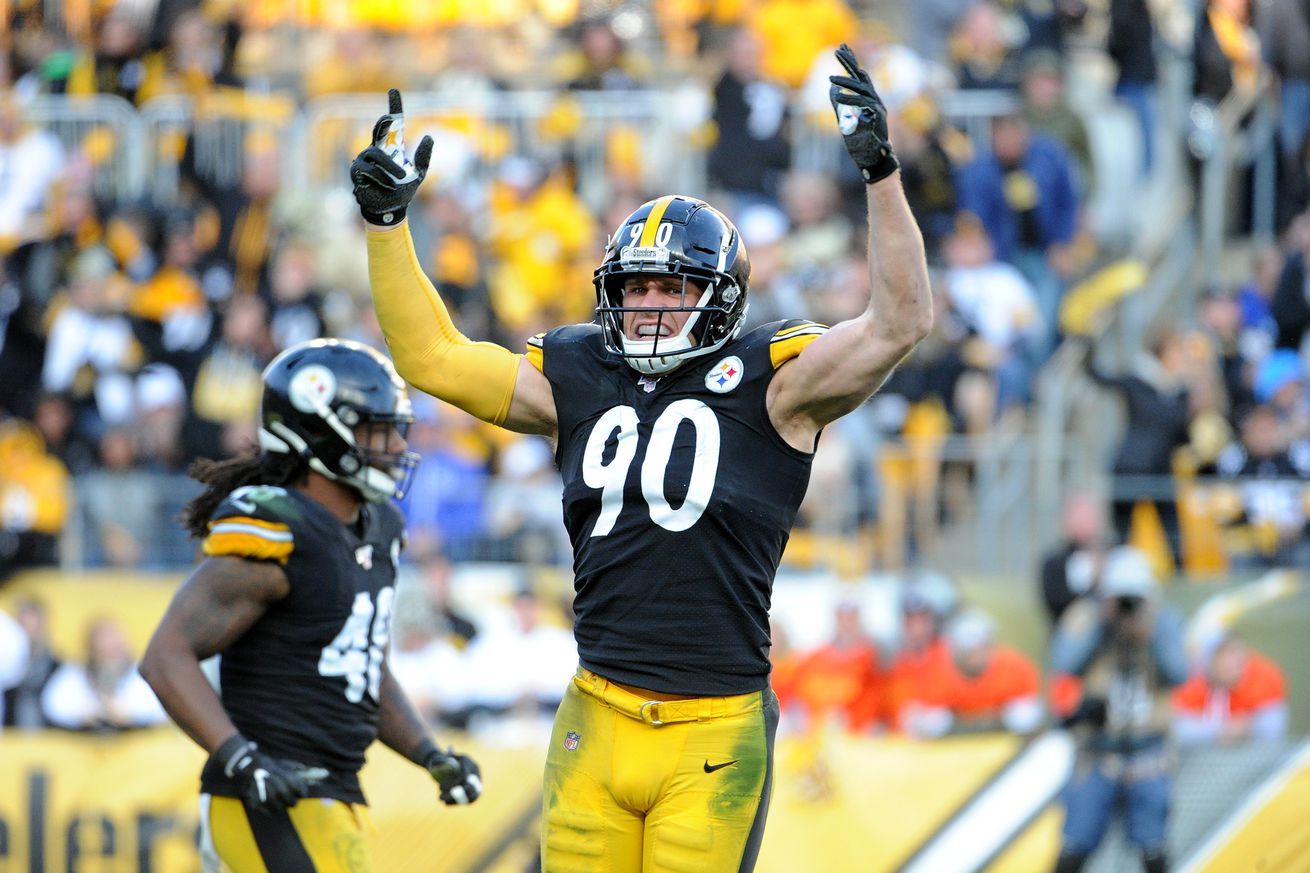 The Pittsburgh Steelers’ defense is among the best in the NFL, per the latest rankings.

Some say defense is slowly fading away in the National Football League. The rules, the exotic offensive concepts and the league’s willingness to put points over shut outs are all reasons why they say dominant defenses are a dying breed.

But that isn’t necessarily true for all 32 NFL franchises. One of those who seems to be bucking the trend, and creating new and unique ways to play defense, would be the Pittsburgh Steelers.

The Steelers set a new bar for their defense in 2019 as they led the NFL in takeaways and were a dominant force in a season where the unit had to keep the team in every game. Behind T.J. Watt, Minkah Fitzpatrick and Cam Heyward, the Steelers defense was a force to be reckoned with, and they look to be even better in 2020.

But how do they rank against the reset of the league? Pro Football Focus (PFF) put together their top defenses heading into 2020, and the Steelers would certainly be considered one of the elite teams in the league.

Check out the PFF Top 10 below:

3. Pittsburgh Steelers
“The Steelers have the best defensive line in football. Edge rusher T.J. Watt is coming off a big third-year breakout, as he finished the year as the highest-graded pass-rusher (91.7) in the league, while interior defensive lineman Cameron Heyward will try and match the career year that saw him finish second to only Aaron Donald in PFF grade (91.5). The other piece of the interior duo, Stephon Tuitt, will also hope to build off what was a career year. Before getting hurt in Week 6, Tuitt was the third-highest-graded pass-rusher at the position. The trio of Watt, Heyward and Tuitt is a force to be reckoned with and will be the toughest matchup of the year for any offensive line on the Steelers’ schedule.

Safety Minkah Fitzpatrick may have had a few lucky turnovers last season, but that’s not to say that he didn’t play like one of the league’s best safeties. Fitzpatrick produced an 87.6 coverage grade after being traded from the Dolphins, the sixth-best at the position. He certainly proved he could be one of the best deep safeties in the game for Pittsburgh.

In addition to Fitzpatrick, The Steelers have three of the NFL’s top-25 cornerbacks in their secondary. Starting outside corner Joe Haden has consistently been a productive player for the Steelers and has allowed the eighth-fewest yards per coverage snap in his three years with the team. Opposite Haden is Steven Nelson, who just needed a change of scenery for a breakout year last year. After a few years of subpar play and one year flirting with success, Nelson thrived in the Steelers’ defense last year, ending the season ranked seventh in coverage grade. The third member of the trio, Mike Hilton, is perhaps one of the most underrated players in the entire league, too. Since coming into the NFL in 2017, Hilton has earned the third-highest slot- coverage grade and generated the second-best forced incompletion rate from the slot, all while ranking fifth in total passing stops.”

What do you think of these rankings? They mean absolutely nothing, but are always good for some friendly banter and discussion. For instance, do you actually think the Ravens’ defense is better than the Steelers? Are the Steelers being set up for a let down in 2020? Let us know your thoughts in the comment section below!