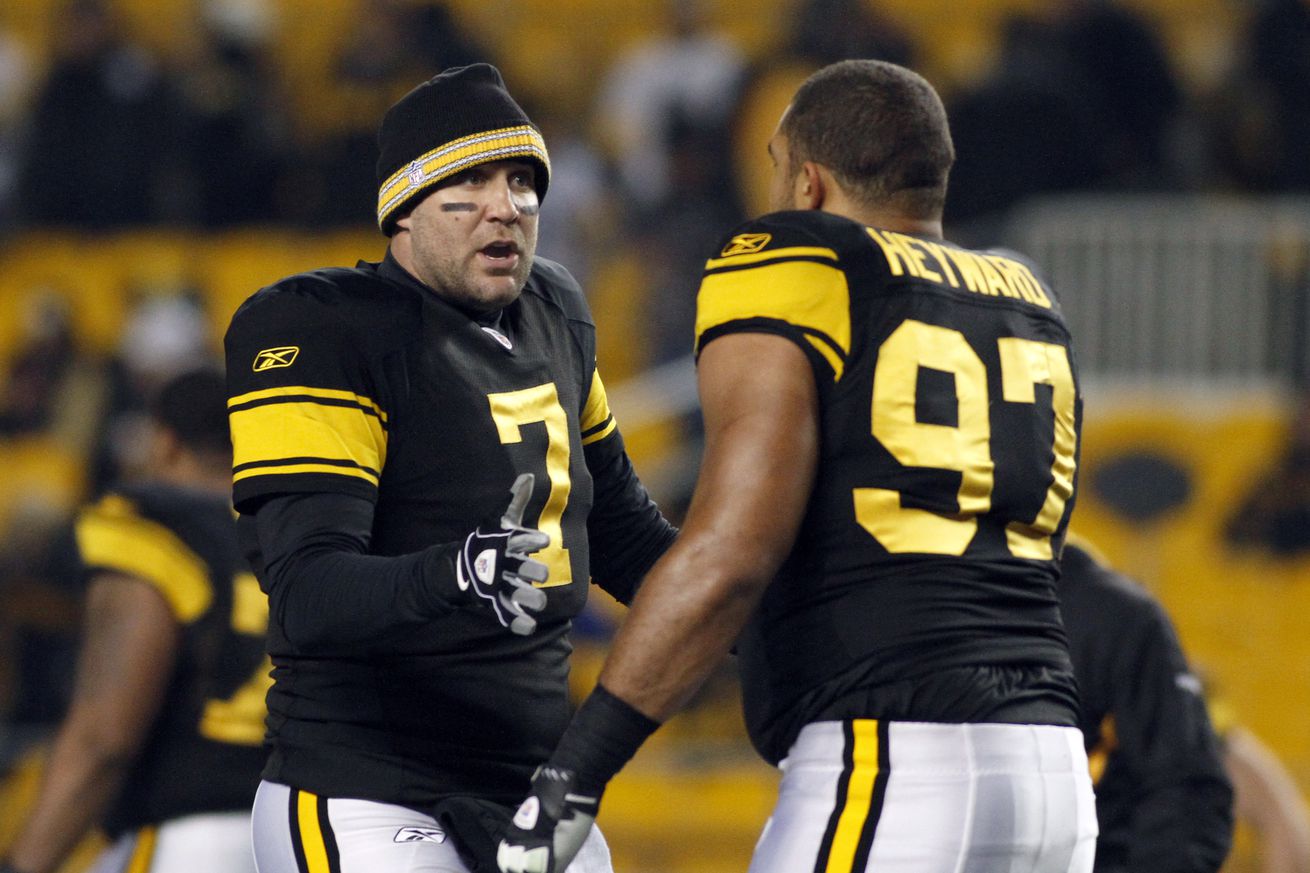 The Steelers selected 5 captains with two on each side of the ball along with a special teamer.

The Pittsburgh Steelers have announced their team captains for the 2020 season. There are five captains selected this season with two on offense, two on defense, and one on special teams. Ben Roethlisberger and Maurkice Pouncey are the two offensive captains while Cameron Heyward and T.J. Watt will captain the defense. Jordan Dangerfield will be the team’s special team captain.

For Ben Roethlisberger, this will be his twelfth time serving as team captain and his tenth season selected in a row. The last time Roethilisberger was not the offensive team captain was 2010 when the Heath Miller and Hines Ward handled the duties. In 2011, Roethlisberger and Ward were the captains, marking the last time a player other than the current offensive captain held the position.

Maurkice Pouncey is in his third consecutive year as captain, and the fourth time in his career. The other season Pouncey was selected was 2013, a year when he unfortunately only payed eight snaps in the Week 1 game against the Tennessee Titans before suffering a season-ending injury.

Cameron Heyward is now playing in his sixth consecutive year as defensive team captain fresh off his new contract extension. In 2015 after signing his six-year contract he was elected captain for the first time.

The Steelers 2019 Defensive Player of the Year candidates T.J. Watt has been selected to his first year as a captain with the Pittsburgh Steelers. The Steelers first-round draft pick in 2017, Watt is currently on pace to set franchise records after just three seasons in Pittsburgh.

The final player chosen is captain is reserve safety Jordan Dangerfield. The only player remaining from the team’s “core four” special teams players from 2019, Dangerfield was the obvious choice unless the Steelers went with one of their kickers. The Steelers 2019 special teams captain was Roosevelt Nix.

Stay tuned to Behind The Steel Curtain at the team prepares for their Week 1 match up against the New York Giants.