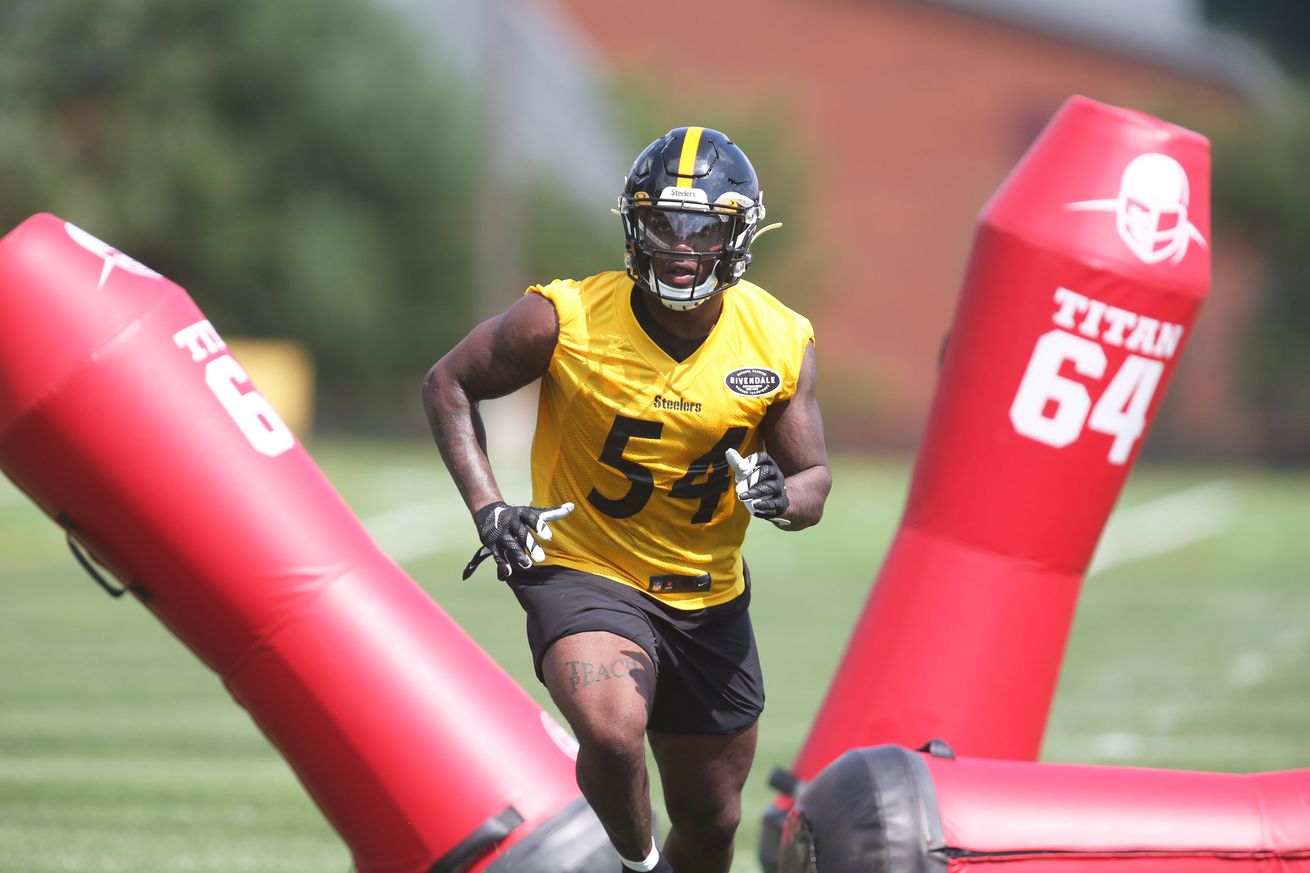 Recent roster moves and news from camp could have a real impact on who makes the roster.

This offseason is one of the worst for trying to make roster predictions. With no preseason, and having to rely on the few reporters allowed in the Steelers practices for all the news about the team, there just isn’t as much information available to make an educated guess.

Even with the limited information, there are some things that are becoming more clear. So let’s dig in to what we have.

One of the safest players on the roster a month ago no longer looks as safe, and that position is backup safety. The Steelers were set for starters, and behind that Jordan Dangerfield was the returning leader in special teams snaps and rookie Antoine Brooks Jr. seemed a safe bet to make the roster, with an outside chance of the Steelers keeping a 5th safety.

Today the safety depth situation looks very different. While Marcus Allen has always had support from Penn State fans who believed his game would translate well to the NFL, he hadn’t shown any signs of that being the case until recently. The news out of Steelers training camp is Allen looks quicker, and has learned a lot of the defense. The team has given him snaps at linebacker, and while he struggled with Benny Snell Jr. in individual drills, the needle is pointing up for Marcus Allen’s chance to make the roster.

Also new to the safety depth chart battle is free agent Curtis Riley. Riley played well in Terrell Edmunds absence from practice, and looks like the legitimate deep zone safety that many of us were surprised the Steelers didn’t add to the roster earlier.

This creates a very hard path to the roster for rookie Antoine Brooks Jr., but more than that, calls into question if the Steelers would keep a fifth safety spot for Jordan Dangerfield as a special teams ace. My current guess is that we’re looking at 5 safeties on the roster, with Riley, Allen and Dangerfield making the 53 behind the starters, and Brooks Jr. heading to the practice squad.

Ulysees Gilbert III continues to look good in individual drills, and before his injury was a stand out on special teams last season. Robert Spillane in his time on the roster was also a special teams standout, recording more special teams tackles than NFL leader Tyler Matakevich over the second half of the season.

The Steelers haven’t brought in any free agent linebackers, and at this stage of the process it is hard to add a linebacker this late and have them contribute much. So it looks like this position is likely set. Marcus Allen getting snaps at linebacker also helps the Steelers enter the season with their current four.

Ray-Ray McCloud has been playing well in camp, breaking a kickoff return for a touchdown and making some plays on offense.

McCloud has a big advantage in trying to secure a fifth or sixth receiver spot on the 53-man roster, and that is he is an experienced gunner on special teams, something the Steelers are somewhat lacking. If McCloud can make the team, he would provide another kick and punt returner, speed at the bottom of the receiver depth chart, and a gunner on kick coverage. That’s a very enticing combination of roles, especially for the Steelers with their current roster. If he continues to play well, expect him to make the roster.

Also, with as well as Chase Claypool is playing in camp, I do not expect him to be in the mix on special teams as a gunner. With limited practice and no preseason, the Steelers are unlikely to devote time to coaching Claypool at one of the most important special teams positions when that would take away from his growth in the offense.

Olasunkanmi Adeniyi led all outside linebackers in special teams snaps in 2019 due to Chickillo missing 5 games. I assumed Adeniyi would step into Chickillo’s bigger special teams role and Alex Highsmith would fill Adeniyi’s snaps from 2019. If the Steelers decide to keep an additional linebacker to cover those snaps, the two remaining on the roster are 2019 Isaac Redman award winner Tuzar Skipper and recently re-signed Jayrone Elliott. Elliott played 22 snaps on defense and 68 on special teams for the Steelers in 2019 while Tuzar Skipper played 40 snaps on defense and 27 on special teams in 2019, all with the New York Giants.

With word from camp being that Tuzar Skipper isn’t living up to the promise he showed last year in the preseason, Jayrone Elliott’s odds of making the roster are not bad.

With only 4 inside linebackers, and the knowledge that the Steelers rarely enter a season with 8 linebackers, I think the most likely roster right now would carry 5 outside linebackers, with Jayrone Elliott making the 53 and Tuzar Skipper returning to the practice squad.

It made a lot of sense to me when the Steelers signed Kyle Markaway, a blocking tight end who played on special teams in college. He should provide good competition to push Zach Gentry and Kevin Rader, even if his first days at practice didn’t go well. Sadly, with no preseason games and very little news about who is playing on special teams outside of the kickers and returners available, it’s almost impossible to predict the outcome of this battle as none of the three have much NFL experience on special teams.

As we move into the final weeks before the start of the season, it is important to remember the role special teams play in the formation of the roster, especially the last spots at these positions. It is tempting to think the Steelers should keep the most talented players and figure out special teams from there, but there are too many teams that have fallen prey to that temptation only to see an otherwise outstanding team done in by lousy special teams play. The Steelers learned that lesson in 2009, and Tomlin hasn’t neglected special teams since.