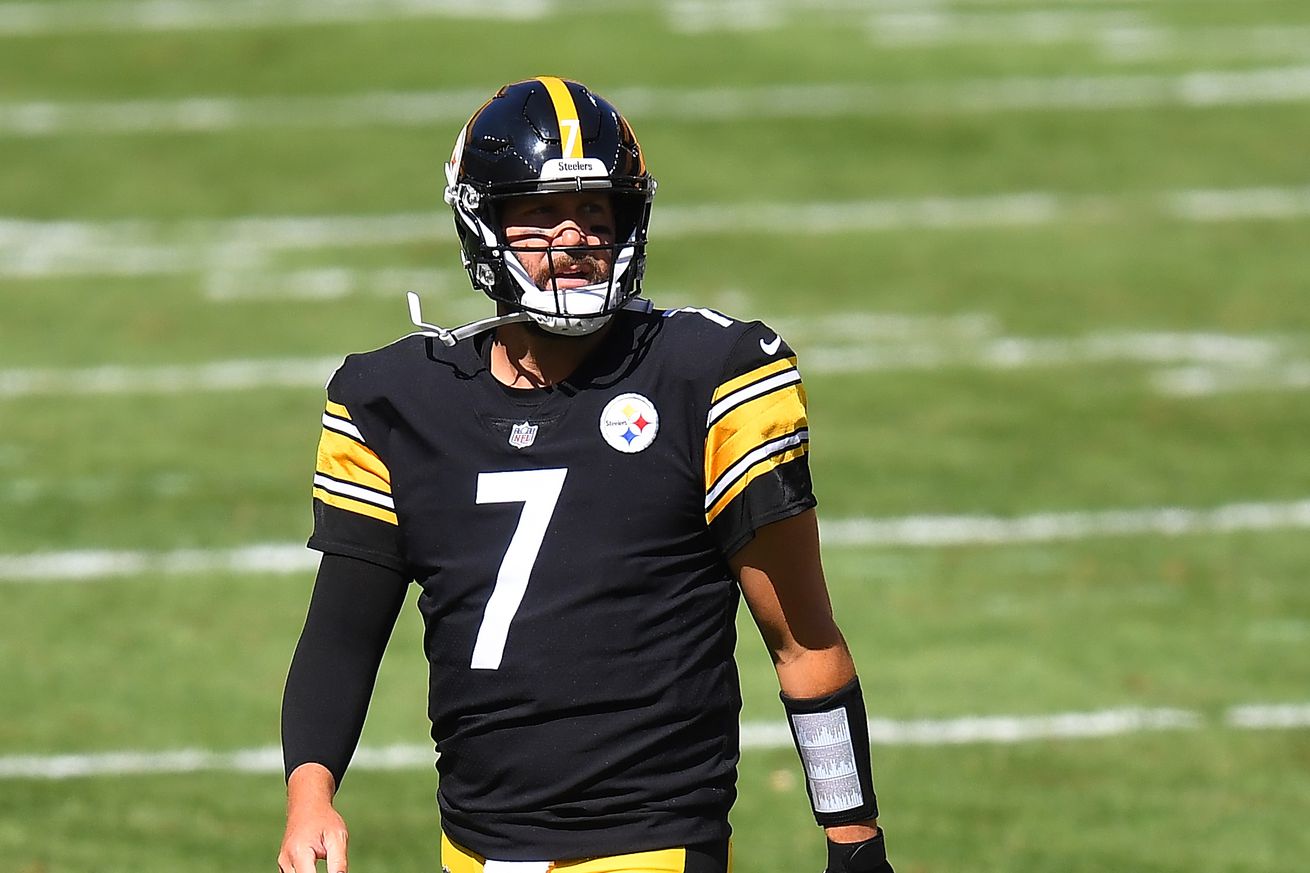 Looking at advanced statistics for the Steelers quarterback.

Ben Roethlisberger only played six quarters in 2019. In his Youtube series “Bigger than Ben” we found out the it was because team doctor Jim Bradley told him he couldn’t go back in after checking on his elbow. With two games played in the 2020 season, it is the best time to check in and compare Roethlisberger’s stats now, to his numbers from last season. It isn’t a perfect comparison, the playtime is different, the opponents are different, the receivers are different, but it’s the best point of comparison we will get, so let’s look at what the numbers say.

There are two big differences. Yards per attempt, and touchdowns. The yards per attempt is driven by a higher completion percentage, while the touchdowns are a dramatic difference. The yards per completion are higher, but that’s largely due to one play. If you compare Roethlisberger’s longest pass play of 2019, 45 yards, to his longest of 2020, 84 yards, the difference is 39 yards, and if you divide those extra yards by the number of completions (50), you get 0.78 yards per completion added by that one play, almost exactly the difference between Roethlisberger’s 2019 and 2020 stats.

There, I’ve eliminated everything but the touchdowns, which are very situational by their nature, so Ben Roethlisberger is the same quarterback he was in 2019, end of story, right?

Not at all. What you see above is the exact reason people call out small sample sizes, the difference between Chase Claypool and Donte Moncrief explains the majority of Ben Roethlisberger’s basic stats, over the course of a season Moncrief and Holton’s numbers would have less impact as they lost snaps, and one big play makes a lot less impact as the total number of passes grow. the weakness of basic stats is they tell us the results, but don’t tell us much about how the process, advanced stats can do a much better job of that.

Depth and quality of passes

In 2019 Ben Roethlisberger threw a very similar mix of passes by depth that he has in 2020. 2019 saw fewer passes behind the line of scrimmage, and a slightly higher rate of deep passes, but mostly it is the same percentages. The results on those passes though, is quite different.

Sports info Solutions tracks depth of targets, and also has a formula for independent quarterback rating (IQR), that considers things like dropped passes and interceptions in order to show how the quarterback played regardless of what other players did. In 2019, Ben Roethlisberger’s best throws were behind the line of scrimmage (109 IQR), and while he threw a higher percentage of deep passes in 2019, his IQR was a dismal 8 on those passes.

Obviously this is still a small sample size, but the difference in Ben Roethlisberger’s play has been remarkable. The film backs up the numbers too, Roethlisberger wasn’t happy with the pass to Diontae Johnson in the end zone, but it was a tough throw and it was catchable. His deep ball to Chase Claypool that led to his 84 yard touchdown was perfect, as was the throw he made to Claypool on the sideline in week 1. If you look into the stats, or watch the film (I don’t recommend it, but you can) of the first weeks of 2019, you will see JuJu Smith-Schuster producing on not great passes, and that is about it. Ben Roethlisberger wasn’t throwing a lot of great passes, and outside of Smith-Schuster his receivers weren’t making plays on the less good targets. If you compare his overall passer rating and IQR from 2019 and 2020, Roethlisberger’s passer rating was 66.0 in 2019, and his IQR was even lower at 63.0 (JuJu Smith-Schuster was bailing his quarterback out a lot in those games) while in 2020, Roethlisbergers impressive 107.1 passer rating is actually lower than his IQR of 111.9.

This season, Roethlisberger is making the throws, and his receivers are making plays. If that continues, this season should be a really good one for the Steelers.