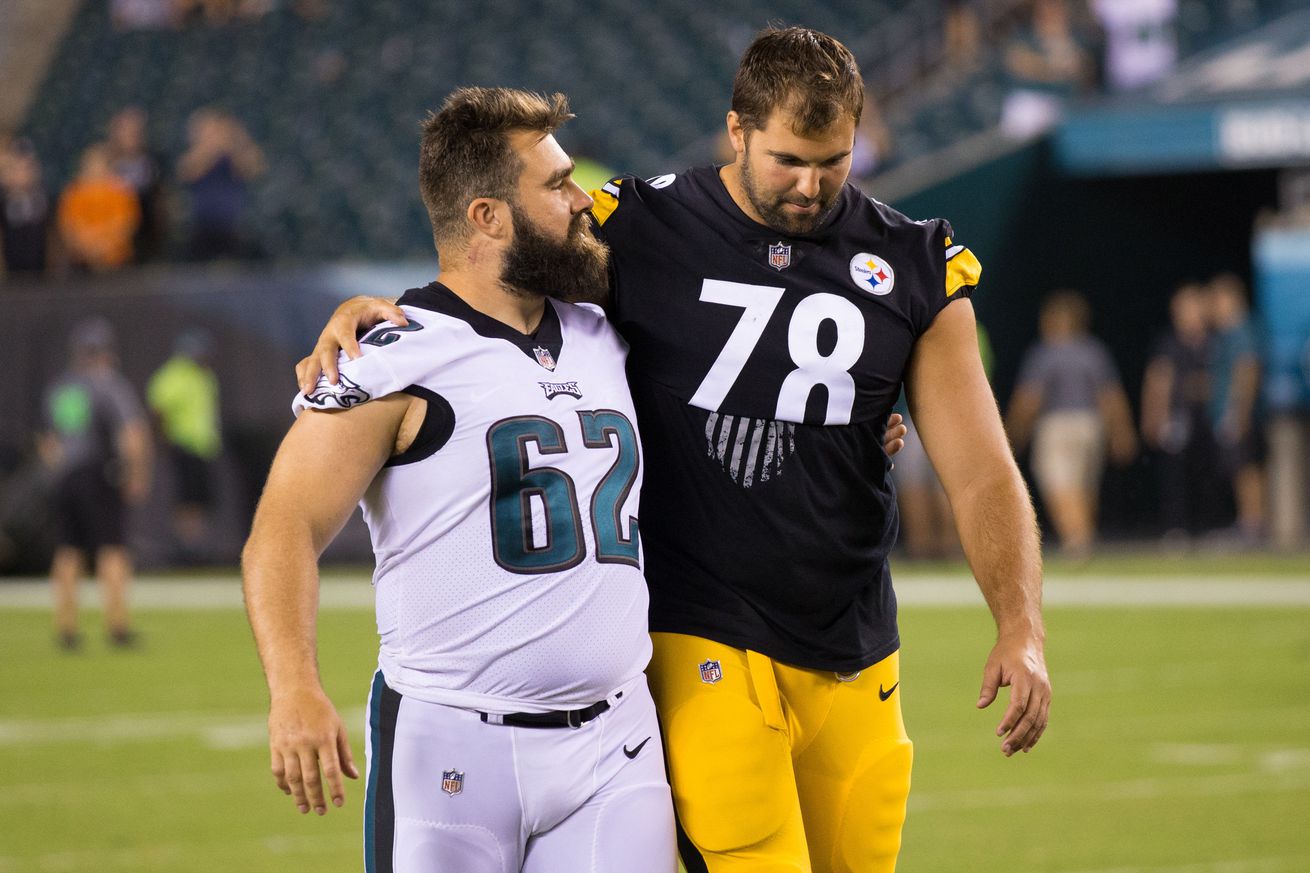 Are the Steelers and Eagles true rivals? I don’t think so.

The 3-0 Steelers take on the 1-2-1 Eagles at Heinz Field this Sunday afternoon. It’s two first-place teams battling it out for not only continued standing in their respective divisions but for professional football bragging rights in the state of Pennsylvania.

Or maybe not on the latter.

I just don’t feel things for this rivalry that I should. I realize these two teams have fans who hate one another, but do they really, or are we merely talking about citizens from the two biggest cities in the Keystone State that can’t stand each other?

Speaking as a life-long Steelers fan, I think it’s the latter. You want to talk about sports rivals from Philadelphia that I can’t stand? The Phillies are at the top of the list. Heck, I also hate the Flyers even if I don’t really like hockey all that much. Speaking of which, eight years ago, after my long-time girlfriend and I broke up, I did something I shouldn’t have. Did I break things? Not really. Did I act all creepy? That’s none of your business. What I can confirm that I did was immediately start rooting for the Flyers, who were taking on the Pittsburgh Penguins, my now ex-girlfriend’s favorite team in any sport, in the first round of the Stanley Cup playoffs.

The first game of that initial round was taking place just as we were going through our breakup spiel (she did it over the phone, can you believe that)? Anyway, not long after we said our “goodbyes,” I noticed that Pittsburgh had lost in overtime. I don’t know why, but it just felt good to me. No, not nice good, but Joker after getting his face burned in acid and now, he’s crazy and he likes it good (I don’t know what happened in Batman).

The Penguins went on to lose that series, and even to this day, I’m kind of ashamed of myself for rooting against them and for their most bitter rivals.

But all’s fair in love and war, right?

I don’t hold any such animosity for the Eagles. Heck, I rooted for them in their two most recent Super Bowl appearances. Sure, it’s because they were taking on the Patriots, and I wanted so badly for Philadelphia to stop them from winning more Lombardi trophies (we actually have the Eagles to thank for Got Six? still being kind of relevant), but that’s kind of my point.

If you’re talking about rivals that I hate with a passion, the Patriots rank up there pretty high (at least they did before Tom Brady left—more on that in a future article). The Ravens are certainly near the top of the list, same for those Brownies.

I know the Eagles are an out-of-conference rival and that may have something to do with the lack of passion I feel in the hatred department, but what about the Cowboys?

To me, the Eagles aren’t the Phillies or Flyers. They’re definitely not the Penn State Nittany Lions—the one football team that folks from the eastern part of the state root for that I always want to see go down in flames. They’re not the Patriots, Ravens, Browns or Cowboys.

The Eagles are kind of like those distant relatives you had to visit every few years when you were a kid. Sure, they were weird. Sure, they never let you have any fun at their house and always made you stay in the basement (the Steelers haven’t won in Philadelphia since before I was born), but you never had any real hatred for them.

You kind of just nothing’d them.

The Steelers have way more Super Bowl trophies than the Eagles and the one title they did win benefited the black and gold in a major way. What’s really to hate?

I hate Philadelphia, but I nothing the Eagles.