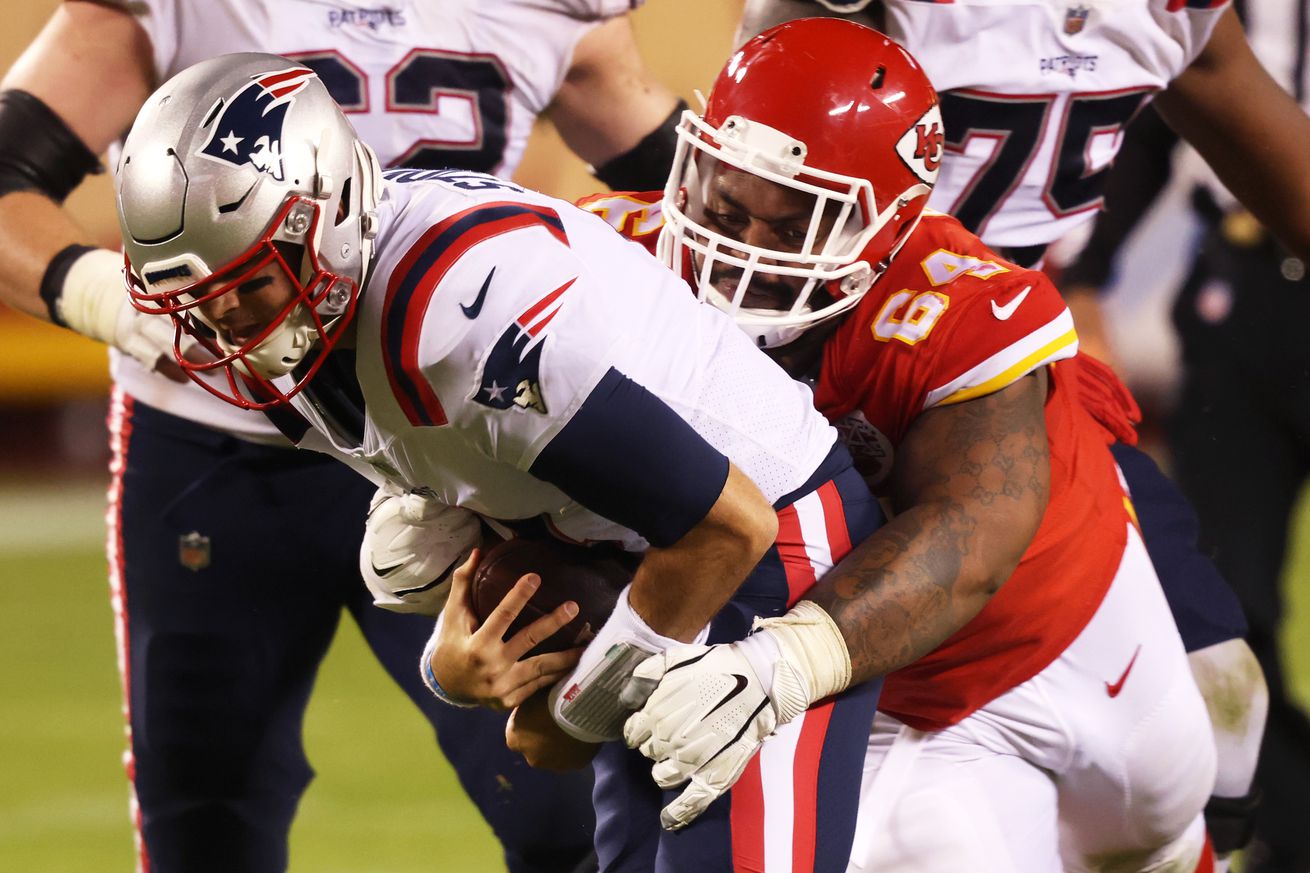 The Steelers and Titans didn’t get to play in Week 4 because of an outbreak of positive COVID cases in Tennessee, while the Patriots and Chiefs played in-spite of isolated positive tests by Cam Newton and Jordan Ta’amu. I think that’s great news for the NFL.

When news broke late Saturday morning that Patriots quarterback Cam Newton had tested positive for COVID-19, putting New England’s Week 4 match-up against the Chiefs in serious jeopardy, I had the same sinking feeling I did in March when one league and sport after another closed up shop due to the growing Coronavirus crisis that had suddenly enveloped the United States like Casey Hampton used to envelope running backs (and snacks).

Coming on the heels of the Steelers Week 4 game against Tennessee being postponed until October 25 due to a seemingly endless number of Titans’ players and staff testing positive for the virus (the total was up to 20 at last count), it felt like the NFL was doomed.

With the news about Newton’s positive test—and later, Kansas City practice squad player Jordan Ta’amu—being announced literally on the eve of the Patriots/Chiefs Sunday afternoon clash, how were they going to play? And if two games were postponed in one weekend, you might as well forget about the rest of the season, right?

Wrong, at least for now.

Turned out, the Patriots/Chiefs game could be moved to Monday night, provided no other players, players who are tested daily, had positive cases.

They didn’t, and the game was delayed a mere day, with the Newton-less Patriots falling to Kansas City, 26-10, at Arrowhead Stadium.

That was great news. No, not the score of the game (although, it’s always nice to see the Patriots fall—even if it is a little less fun when guys like Jarrett Stidham and Brian Hoyer are their quarterbacks), but the fact that it was even played.

What that tells me is the league really does have a plan in place to deal with positive cases, and the original idea to move the Steelers/Titans game to Monday night was a sound one. The problem with the Titans wasn’t necessarily that they had positive cases or that they wouldn’t have been allowed in their practice facility until Saturday. It was that they kept on having positive cases, starting last Wednesday and continuing through the weekend.

No amount of practice squad players can make up for the loss of so many members of the 53-man roster. And even if it could, why would you want to risk it? Why would you want to put the rest of the team or its opponent—in this case, the Steelers—in danger?

As I’ve already said in other articles, the NFL only has so many contingency bullets in its chamber. Thankfully, it was able to work something out and have the Titans, Steelers and Ravens reshuffle their bye weeks. Another outbreak by a team that has already fired its bye bullet could spell trouble…. but apparently not if it can contain the situation before it becomes an outbreak.

If Cam Newton’s and Jordan Ta’amu’s positive results were an example of how the NFL will deal with isolated cases moving forward, that’s extremely encouraging. I also think it’s reassuring that the league made it almost one month with only one team experiencing a massive outbreak of positive tests. What that tells me is daily testing is working. It also tells me the vast majority of players—the ones who hold the key to all of this, daily testing or no daily testing—are taking this stuff seriously.

We may have had a few blips so far—including the Raiders charity event and whatever it is that happened with the Titans—but let’s hope those blips serve has great examples of what can happen if even one person does something stupid.

In my opinion, the NFL passed its first COVID crisis with flying colors. As of now, it hasn’t officially lost any games or had to add make-up weeks to the schedule. It even managed to play a game two days after its second COVID scare in less than a week.

Well done by the NFL, but as coaches often say about their teams, it does have some things it needs to clean up.

Nobody’s perfect, but it would be nice if the NFL’s COVID testing was for the rest of the 2020 season.