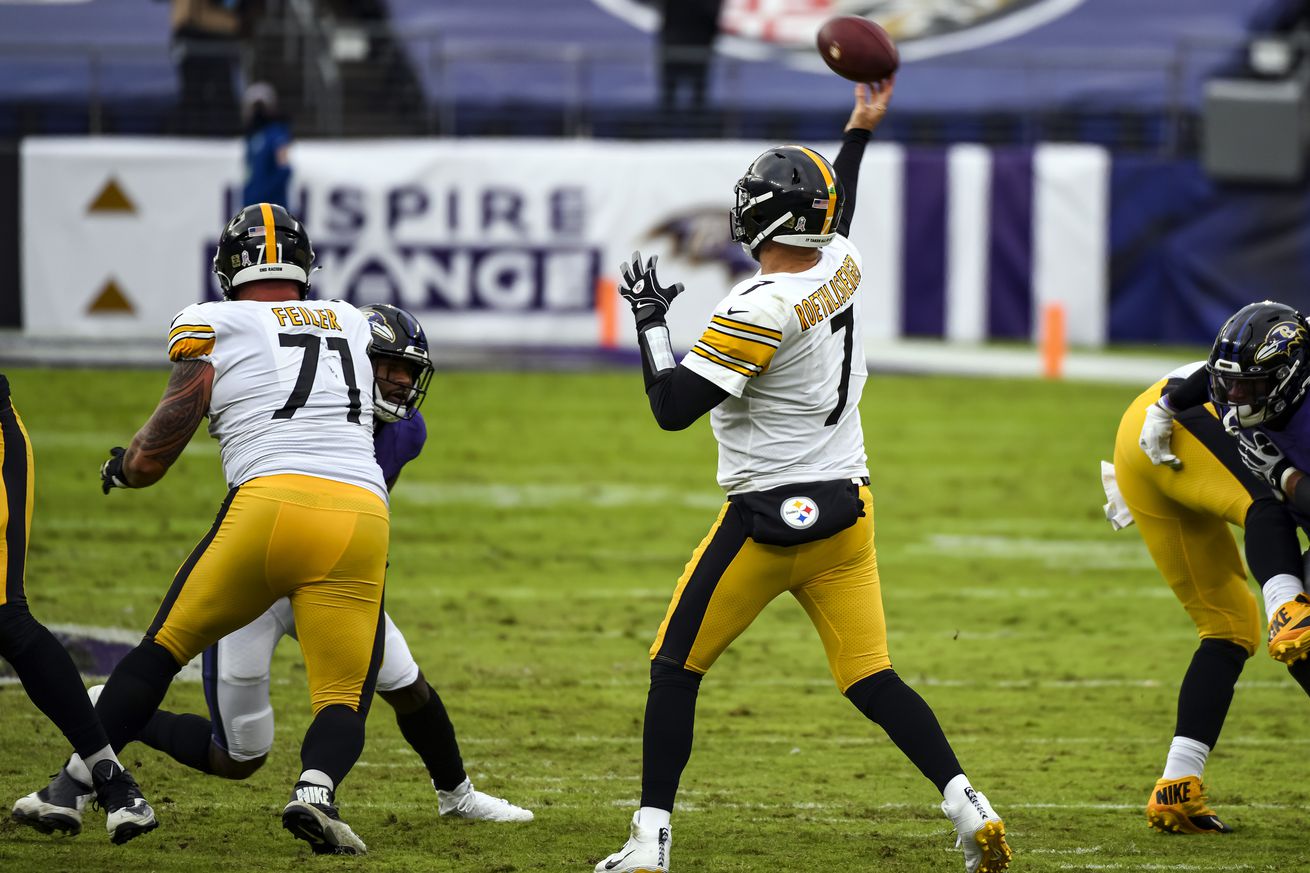 Despite being 8-0 the Pittsburgh Steelers still have room to improve.

The Pittsburgh Steelers are off to their best start in franchise history. You would probably thought before the season if the Steelers were to be sitting undefeated at the half way mark of the season, they would be firing on all cylinders. But this group hasn’t even scratched their potential. Which, believe it or not is a good thing.

Take the 2019 Baltimore Ravens for example. That Ravens team steam rolled everyone nearly all season long. When it came to playoff time, they matched up against a battle tested Tennessee Titans team which was prepared for a slug fest. The Ravens on the other hand never experienced adversity all year long. So when it came to facing a large deficit in the playoffs, they folded under the pressure.

As for the 2020 Steelers, a pair of consecutive fourth quarter comebacks proves the moxy in this organization. Sure, it can be frustrating when they are practically dominated by an under manned team. But, they still manage to pick up the most important stat, a win. This group has never given up all year, and they’ve faced a ton of different scenarios. From blowing out the Browns, to giving up late leads against the Eagles and Titans, and having to come back from 10+ point deficits against the Ravens and Cowboys. It doesn’t matter what happens, they just win.

It also feels like a different position group every week has a dud game. Against the Cowboys it was the entire rushing attack for example. If the Steelers can find a way to get the most out of their entire roster they can and will crush any team in the NFL. Just go through this roster, arguably the talent level on offense, defense, special teams, and all its depth is the organizations strongest since the 1970’s. That includes Super Bowl winning roster of the mid/late 2000’s, as those teams had some blatant weaknesses on offense compared to these Steelers. The only thing is for a franchise as historic as the Steelers, you have to win the Super Bowl to be remembered as an all-time team.

Take a look at all the Steelers position groups, and just think what their potential is if they all play a perfect 60 minutes:

QB – Ben Roethlisberger is having the most efficient year of his career
RB – James Conner is on pace for his first 1,000 yard season
WR – All five options are viable targets who could pop for a 100 yard game
TE – Eric Ebron is a mismatch nightmare & Vance McDonald is dependable
OL – Significantly improved from 2019 season
IDL – Heyward, Tuitt, & Alualu are the best interior D-Linemen in the NFL
OLB – T.J. Watt, and Bud Dupree are the best pass rushing duo in the NFL
ILB – Williams, Spillane, & Williamson are heavy hitting sure tacklers
S – Minkah Fitzpatrick & Terrel Edmunds are amongst the best safety duos in the NFL
CB – Joe Haden & Steven Nelson have been successful despite tough gameplay design
Nickel – Mike Hilton has been the Steelers best player when healthy
K – Chris Boswell appears to be automatic once again
P – Jordan Berry has rediscovered his long ball, consistency looms overhead
KR/PR – Ray Ray McCloud is one of the most expensive weapons in football
Depth – Highsmith, Sutton, and Layne have been outstanding when called upon

When you look at the above list, and think to yourself ‘what if each of these groups played their best game?’ Well I’m fairly positive no one can stop them. And better yet, that game is yet to come.

What do you think? Have we seen the best out of this Steelers team? Tell us why/why not down in the comments below.