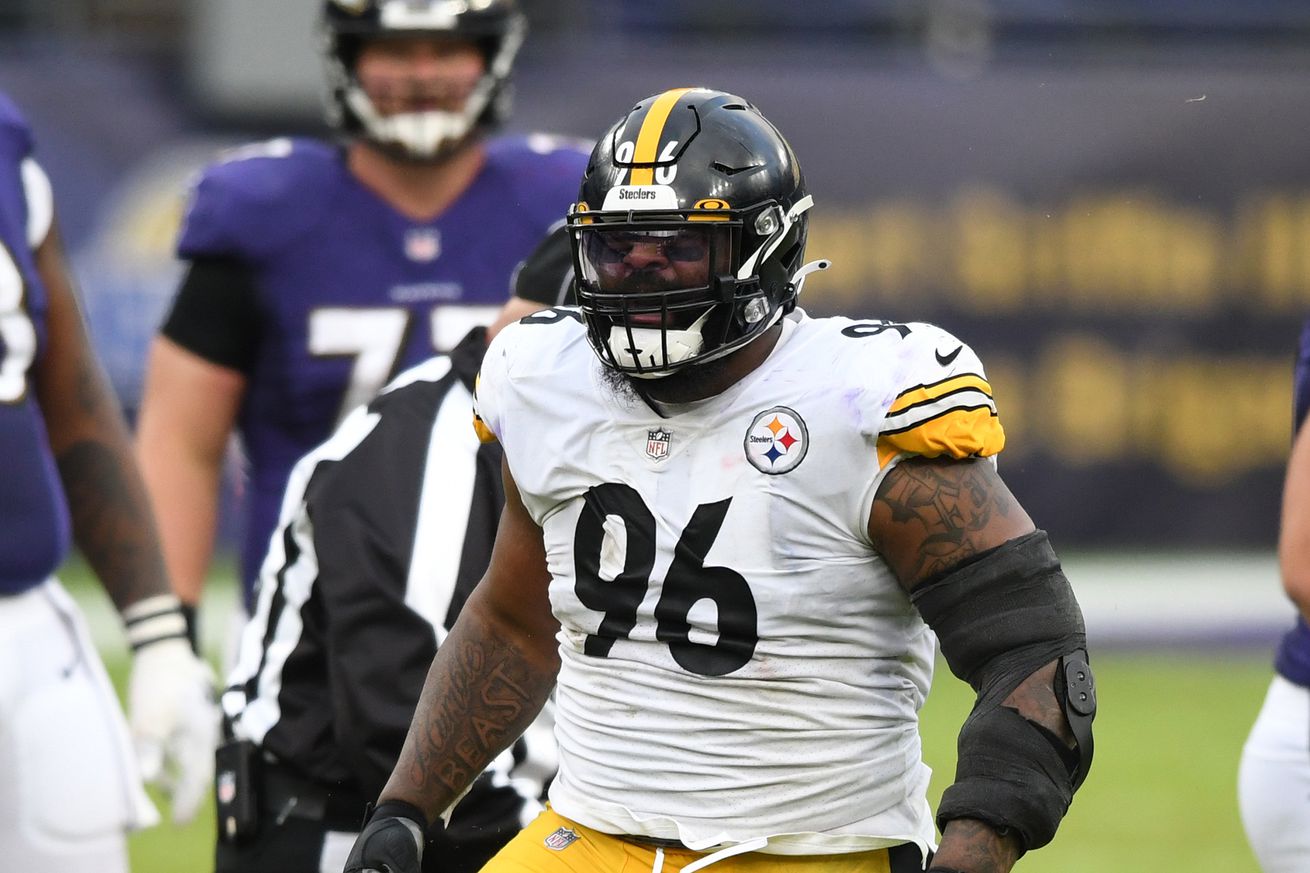 Young Steelers defensive linemen Henry Mondeaux and Carlos Davis each made an impact against the Cowboys.

Most successful NFL franchises that have a surplus of talented veteran players that have any amount of tenure with the team face the reality of staying salary cap compliant. Market value across the league dictates all negotiations for star players and established performers. The hard truth for many teams that have sacrificed countless man hours and finances in drafting and developing a talent laden roster is the continuously closing window of opportunity to win the Super Bowl as the bill for all that talent comes due.

The timing of those contracts can be manipulated obviously, and a little good fortune never hurts. Every team has areas of their roster where their depth issues could be considered a weakness. It isn’t financially feasible to have proven depth at every position, but the teams that can avoid the drastic drop off in production from their starters to their top backups have the best chance of sustained success. That’s where the ability to recognize and develop inexpensive young talent is imperative.

The Pittsburgh Steelers have been one of the most consistently competitive franchises during the salary cap era due to their personnel and coaching stability, and established core values. They have a way that they do business, and they don’t depart from the plan. The Steelers built through the draft, where they can draft players that fit their system and culture, and teach them the Steelers Way. They are seldom big players in free agency, so player development is crucial for the perennial contender.

One often overlooked aspect is their incredible ability to recognize and develop inexpensive young talent, late round selections and undrafted free agents that have the talent and internal drive to be a professional football player. The ability to unearth these hidden gems has long been a specialty of the Steelers organization. The laundry list of players are too numerous to mention, but the Steelers stand head and shoulders above the rest of the NFL.

We will concentrate our efforts on two examples of that ability for this article. The Steelers presently have three young defensive linemen on their active roster that perfectly illustrate the point of this article. Isaiah Buggs, Henry Mondeaux, and Carlos Davis make up the Steelers defensive line depth. With the Steelers dealing with numerous injuries along the line, these young men have been pressed into service. There have been the inevitable miscues, but they have also flashed impressive potential for those paying attention.

Isaiah Buggs has been garnering snaps for a couple of weeks now, ever since Tyson Alualu went down with a knee injury, and has had his moments. I have covered his solid performances in some recent articles, therefore we will focus on Mondeaux and Davis against the Dallas Cowboys this past Sunday.

Mondeaux made his debut three weeks ago against the Tennessee Titans, and drew attention on two occasions. One was positive, the other not so much. On the plus side, he made a effective block as a fullback that resulted in Benny Snell walking into the end zone for a touchdown. Later he was drawn offside by a hard count, resulting in a first down on an eventual scoring drive for the Titans. I asserted after the game that he didn’t quite appear ready for primetime.

That was actually to be expected. Mondeaux went undrafted in 2018 after three years as a starter at Oregon, and after short stints with the New Orleans Saints and Kansas City Chiefs, he has been a on and off again member of the Steelers practice squad since 2019. Listed at 6’4″ and 280 lbs. he doesn’t possess the prototypical measurements of a Steelers defensive lineman. For him, the importance of finding the right fit and scheme for his specific skill set should not be underestimated.

Mondeaux showed real improvement in his performance against the Cowboys. He was disruptive and aggressive during his limited opportunities. He appears to have strong hands and displayed impressive leg drive as he drove his blocker backwards as he gained leverage. He just missed a huge sack when Cowboys QB Garrett Gilbert eluded his grasp and scrambled for a long gain. He was credited with a single tackle in the game, but it was a tackle for a loss, something of a Steelers specialty this season. The best compliment I can give the young man is this. He continues to work hard to improve, and he looked like he belonged out there on Sunday.

Carlos Davis has already exceeded expectations this season, especially mine. I gave his seventh round selection out of Nebraska the lowest grade of the Steelers 2020 NFL Draft class. He was unimpressive on basically all the film l could find on him in college, even the highlight packages. He ran a 4.82 forty at 6’2″ and 320 lbs of athletic muscle, but he didn’t display the motor or consistency to be productive at the NFL level in my opinion. I said he would be lucky to garner a spot on the practice squad. Shows what I know.

The Steelers were so impressed with Davis during training camp that they gave him a roster spot, preferably to captain the weekly inactive list as he honed his craft as a professional in an impromptu redshirt season. The Steelers coaches were that concerned he would be poached off the practice squad. His performance on Sunday, though brief, helped explain that concern.

Wearing #73, he was hard to miss. He appeared both quick and powerful, especially for his size. He was credited with two tackles, with one TFL. However small the sample size, he definitely didn’t look overmatched or out of place.

Maybe Mondeaux and/or Davis have a NFL future moving forward, and maybe they don’t. But based on what I know about the Steelers proven track record of evaluating and developing diamonds in the rough, I wouldn’t bet against it.