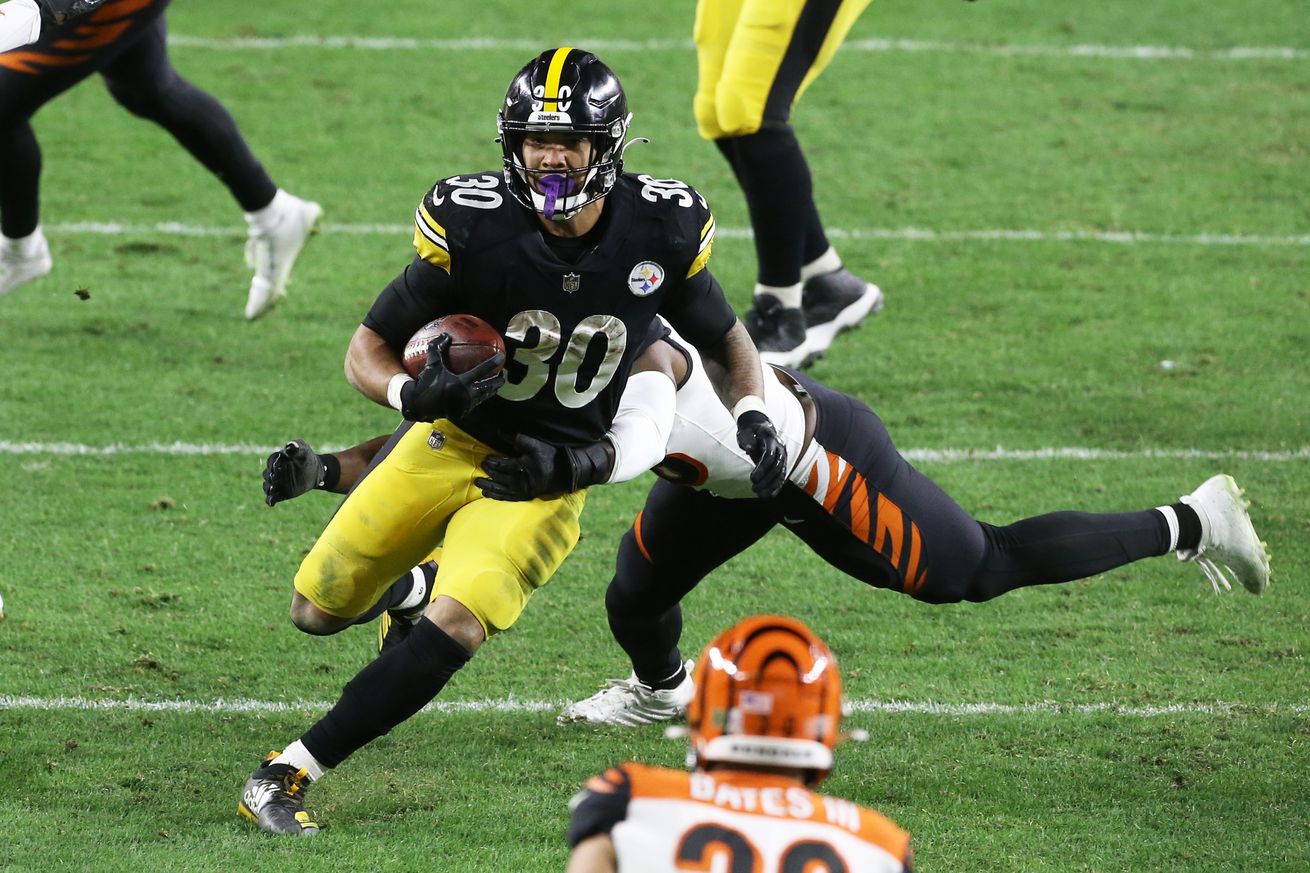 The Pittsburgh Steelers are struggling to run the football, but those within the organization are no prepared to consider it an issue moving forward.

The Pittsburgh Steelers are a team who strives for balance on the offensive side of the football. A unit who wants to know they can run, or throw, when they deem in necessary. However, the past few games has been anything but balanced.

Two of the Steelers’ last three wins have been in the come-from-behind variety, which almost always means you are having to throw the football to bring your team back to win the game. However, in Week 10 the Steelers’ rushing attack struggled again for just 44 yards against a Cincinnati Bengals rush defense surrendering over 140 yards per game on average.

Is it time to worry? After Sunday’s win the Steelers rushing attack averages just 101.8 yards per game, which ranks in the bottom third of the NFL heading into Week 11. On top of that, their 3.8 average is the second worst in the league.

Head coach Mike Tomlin still sees the Steelers’ offense as capable of doing what is necessary to win.

“We’re a balanced group. We can to give it to you however you want it.” Tomlin said in his post-game press conference. “If you want to pack a bunch on the line of scrimmage, we’re going to throw it. You play two high safeties, we’re capable of running it. That’s what I mean when I say we strive to be a balanced group. We want to be able to move it however, however we choose, or maybe over commitments and so forth from defenses that dictate it, we’re okay with that too.”

Ben Roethlisberger, who shredded the Bengals’ banged up secondary to the tune of 333 yards and 4 touchdowns, understands the Steelers need to be better running the football.

“I think you have to be able to do it when you need to do it. Obviously, we didn’t run the ball well today, but we did other things well. We put points on the board. We scored when we needed to score. We converted when we had to do that. So, we shouldn’t get so caught up in yards per carry or total yards rushing or things like that because really it comes down to winning the football game first, which we did, and everything kind of falls into place from there.

JuJu Smith-Schuster was also asked about the Steelers’ offense going into a pass-happy approach to win games in recent weeks. He too understands the need for balance between the pass and run.

While some fans might want to bemoan the Steelers’ lack of a running game, it seems the players and coaches are more than willing to commit to doing what works. Even if that means using the passing game as the primary mode of moving the football to win games.

And at this point, sitting at a perfect 9-0, who are we to argue with what they are doing?

Be sure to stay tuned to BTSC as they turn the page away from the Cincinnati Bengals, and start to prepare for the Jacksonville Jaguars in Week 11.