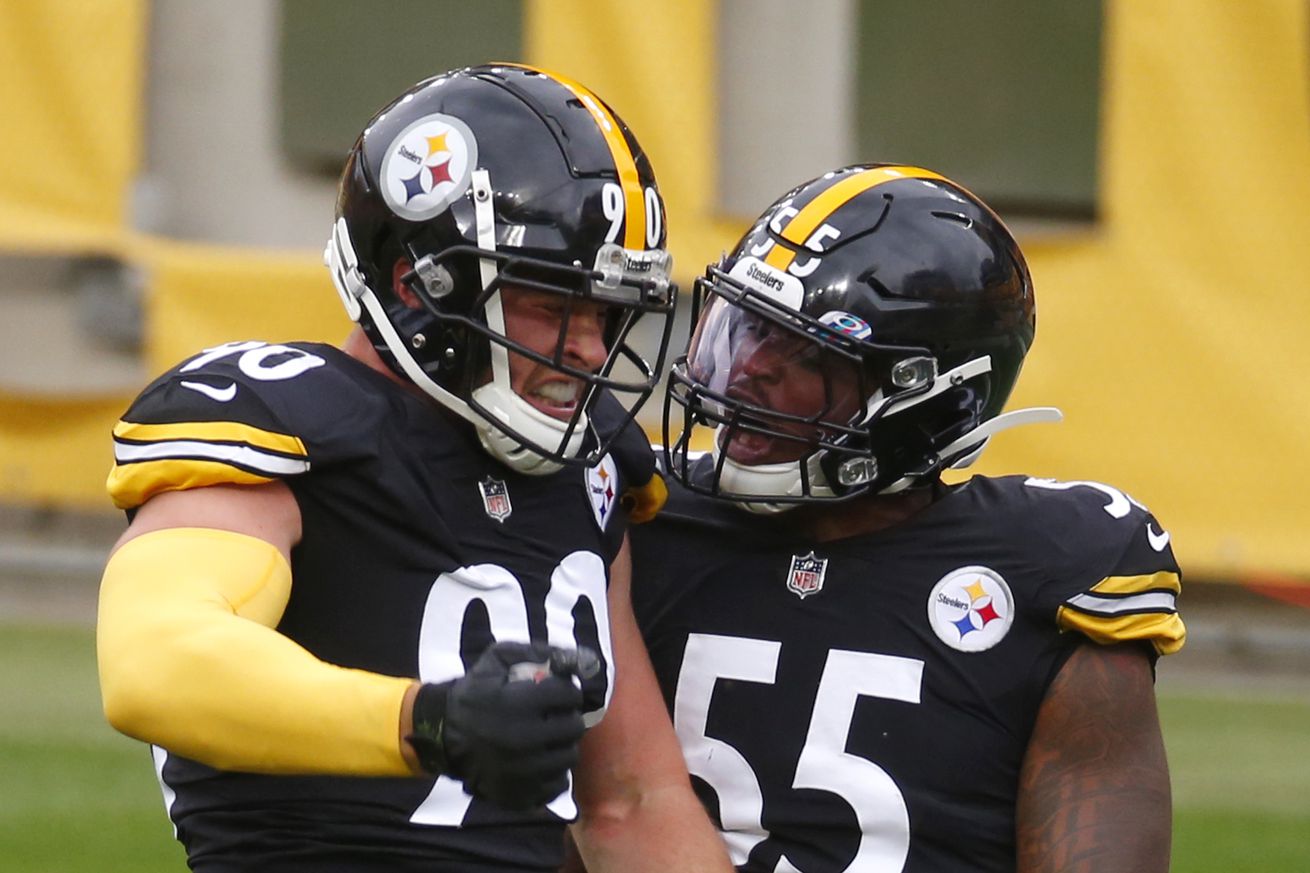 You may be slightly alarmed by the Steelers defense through the first quarter of the 2020 regular season. Don’t be. It’s still dominant enough to get Pittsburgh to where it wants to go.

What’s wrong with the Steelers defense in 2020?

Keith Butler’s unit made Carson Wentz look like a decent quarterback on Sunday.

Pittsburgh’s defenders once again couldn’t get off the field on third down; the Eagles were 10-14 in the Week 5 matchup at Heinz Field, and Pittsburgh ranks near the bottom of the league in that category, allowing teams to convert third downs at a 50 percent clip through four games.

What’s up with that secondary? Where has the All-Pro Minkah Fitzpatrick been through four weeks? Has Joe Haden lost a step? Have they cut Terrell Edmunds yet? Does Steven Nelson think he’s back playing with the Chiefs?

What about Devin Bush? And the tackling as a whole, gag me with a spoon, right? And what about the nearly 22 points per game the unit has allowed so far?

These are all legitimate questions, no doubt, especially for a defense that came into the year with such high expectations.

But it’s important to remember that, despite its less-than-dominant start to the year, Pittsburgh’s defense is still first in the NFL in total yards and rushing yards. As for those passing yards. While 237.5 yards per game isn’t dominant, but it’s not horrible, either.

That’s especially the case in the modern NFL where high point-totals are king and passing is the best way to rack them up. Speaking of tackling, did you count how many times both T.J. Watt and Bud Dupree were tackled by Eagles linemen in Pittsburgh’s 38-29 victory? That was a rhetorical question, but if you would have answered with “I stopped counting at 100,” I may have believed you.

And I think that’s the biggest issue with Pittsburgh’s defense through the first four games of the 2020 campaign. League officials have been instructed to ease up on the offensive holding calls. You know the old football adage, “You can call holding on just about every play”? It doesn’t apply this season. Did you know that the Steelers offensive line hadn’t been flagged for holding before Sunday? Me either. And if offensive holding has now become the exception and not the rule across the NFL, that throws a huge old monkey wrench into what the Steelers do best on defense.

I know Pittsburgh is still on pace to record 80 sacks, which is so utterly amazing that you may find it hard to believe I’m using the lack of holding calls as an excuse. OK, fine, but if you want another excuse, you can go back to an earlier statistical category that I mentioned: Rushing yards. You know how it is in the NFL. If you are hellbent on taking one thing away, that’s going to make it harder to take something else away.

It’s just so hard to shut everything down in the modern NFL, but, again, 237.5 passing yards per game isn’t horrible.

Neither are those nearly 22 points per game. In fact, Pittsburgh ranks near the top of the league in points allowed per game (in a good way).

The bottom line with the Steelers defense is that it’s still excelling in two crucial categories. I mentioned sacks, but it’s also on pace to tally 28 takeaways when all is said and done. No, that’s not 2019’s 38, but in a world where quarterback Ben Roethlisberger is actually healthy and not standing on the sidelines in gray sweats, 28 takeaways should be more than enough for a successful regular season.

The Steelers defense is fine, and it’s good enough to get them to where they want to go in 2020.