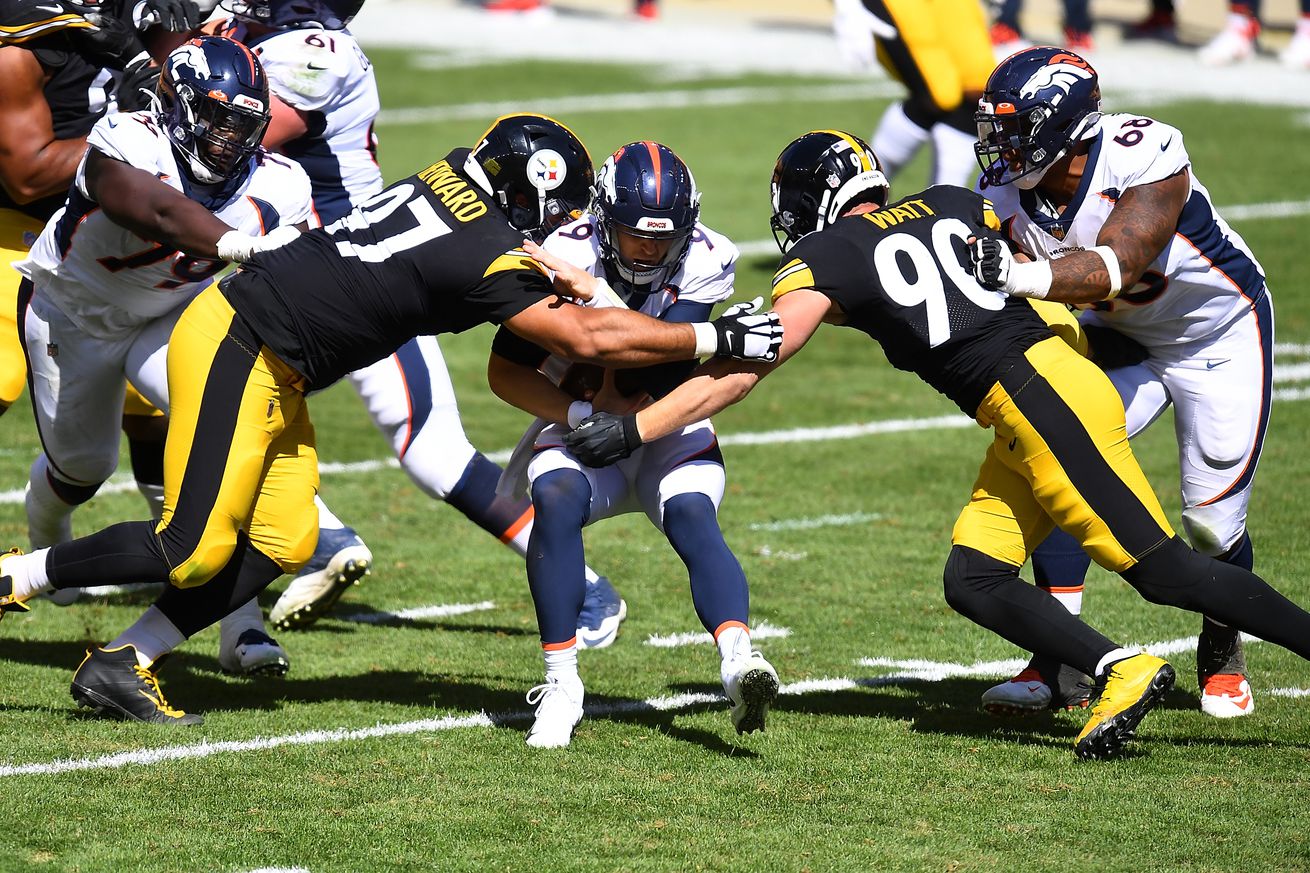 The Steelers defense is an attacking group that won’t stray from their philosophy.

The stats back up Tomlin’s belief as according to Next Gen Stats, the Pittsburgh Steelers not only blitz more than every other team in football, but they apply the most pressure too. While yes, the stats should go hand in hand, to actually see the disparity between the Steelers blitz/pressure rate compared to the rest of the league is mind boggling.

The #Steelers defense has been generating pressure with a blitz-heavy scheme — the unit ranks first in the NFL in pressure rate (45.6%) and blitz rate (57.8%).

The rest of the league through Week 2 (entering MNF): pic.twitter.com/Soa5qSaqqL

The level in which the Steelers lead the NFL in these stats quite literally broke this graph, as Next Gen Stats had to add columns to fit the Steelers in the chart. The Buffalo Bills are the next closet team on this list and their pressure rate sits at 33%.

Also according to Next Gen stats, both the Steelers blitz and non-blitz pass rush schemes have been able to get home against quarterbacks:

So not only are the Steelers getting to the quarterback when they blitz but they are also making plays when they just send their front four.

Mike Tomlin also called his teams beliefs in attacking the quarterback a “possible achilles heal” for the team. As blitzing so heavily forces the defensive backs to play much more man coverage and in turn open up routes in the passing game. If a team can find a way to styfol the Steelers blitz they shouldn’t have a hard time working the ball down the field. The only problem is picking up the blitz is one thing. But winning one on one matchups against T.J. Watt, Cameron Heyward, Stephon Tuitt, and Bud Dupree makes it near impossible.

The attacking defense suits the Steelers talent beautifully. They should have no problem leading the NFL in sacks for a fourth consecutive year and, breaking the team record for sacks in a season.

What do you think about the Steelers defensive philosophy? Let us know down in the comments below!