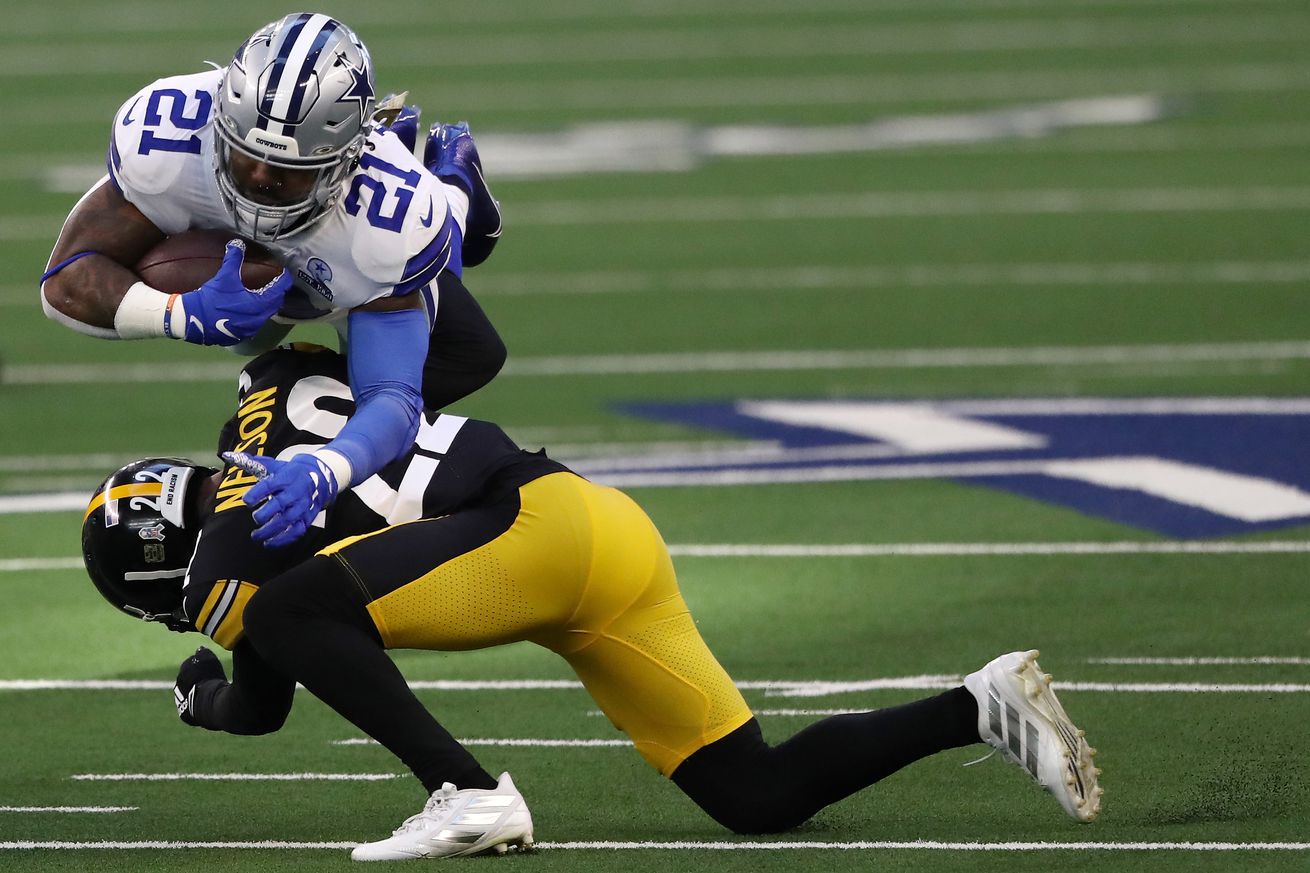 Even being the last undefeated team in the NFL, just being the Pittsburgh Steelers is enough for other teams to play at their highest level.

“It’s a five-star matchup because were in it.”

Although it’s a quote from several weeks ago, Steelers head coach Mike Tomlin has developed quite the saying to describe the Steelers 2020 season. Of course, the same statement can be made during other seasons simply because we are talking about the Pittsburgh Steelers. But after a 2019 season in which the black and gold was not a team to be feared on both sides of the ball, the Steelers have gotten back to being one of the teams to beat in the NFL.

Obviously, being the only remaining unbeaten team doesn’t hurt the situation.

Following the Steelers 24-19 victory over the Dallas Cowboys on Sunday, Coach Tomlin was asked if he felt their team had a bullseye on them as the only undefeated team remaining in the NFL. Tomlin‘s response was more about being the Steelers then thei given record.

“We are the Pittsburgh Steelers,” Tomlin explained. “Everybody knows what that means. We get everybody’s best punch regardless of record. I think people respect our brand and our franchise and its history, and that has been my experience over 14 years here. Regardless of our record, people know when they are playing the Pittsburgh Steelers and the certain responsibility that comes with that reputation. We are going to get people’s best shot.”

While Coach Tomlin has an excellent point, the fact the Steelers are the only remaining undefeated team in the NFL is most likely a factor as well. The combination of both things is going to have the Steelers facing some difficult circumstances in the second half of the season.

If you’re not exactly sure what I’m talking about, look at the Steelers game against the Cowboys. They were highly favored as they were supposed to win by two touchdowns. So how did the Cowboys respond? They took chances they might not have otherwise if it were a game which was expected to be close or that they believed they should win. A good example of this is the cross-field throw on the punt return in the second quarter. Is this the kind of play teams would do against a team if they’re supposed to win the game or if it’s a tossup? Sometimes you see it in college, but not generally in the NFL. The less likely a team is to win a game, the more chances they take.

Going back to the Cowboys punt return, they threw the ball across the field inside their own 15-yard line. There are numerous things which could go wrong with a play such as this. If the Steelers were aware of the player being over there and even had just one defender in the vicinity, they could have disrupted everything. Even without having anyone on the other side of the field, it is still dangerous to throw that ball that far as a lateral. There are so many things that could go wrong in that situation. But when you’re a 14-point underdog, what do you have to lose? The Cowboys took the chance and it paid off.

The Pittsburgh Steelers are used to getting the best out of their opponent simply by being who they are. In the AFC North alone, they are each team‘s biggest rival. When playing teams outside the division, it’s always one of their biggest contests. This is exactly what being a “five star match up because the Steelers are playing” is all about. Now add in the fact the Steelers have gone through half of the 2020 season and have yet to lose a game, look for teams to take more chances then ever before. Even if they take them, it doesn’t mean they will defeat the Steelers if they are successful. But if the Steelers can turn some of these chances into mishaps, they have a greater chance of extending their franchise record win streak to begin a season.

The Steelers know what is coming over the course of the next 8 games. It’s now their job to be ready for it each and every week.