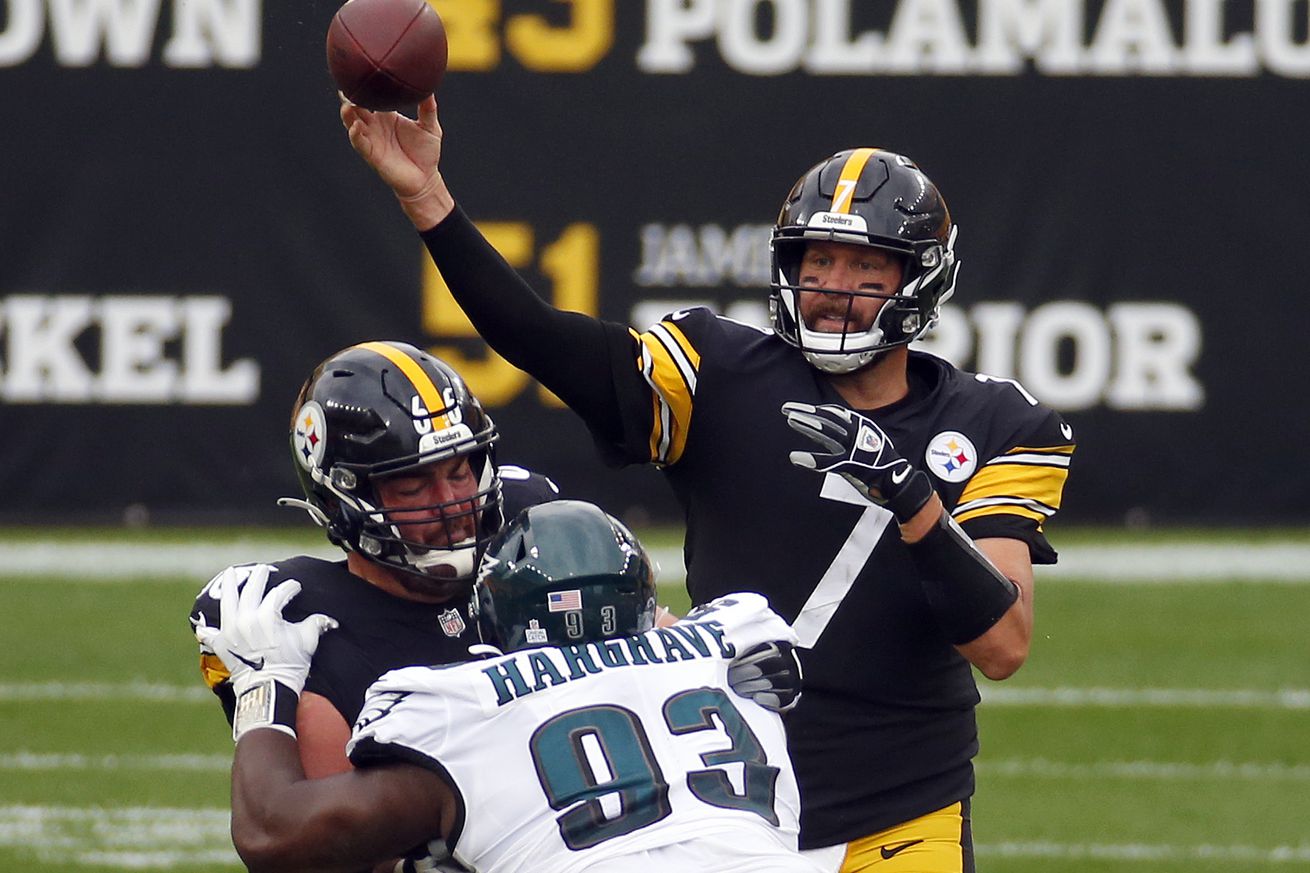 The Pittsburgh Steelers offense was dynamic in Week 5, and the hope is to continue that trend in Week 6 and beyond.

The Pittsburgh Steelers offense showed up in a big way vs. the Philadelphia Eagles in Week 5 at Heinz Field. Not only were their 38 points scored their first time going over the 30 point plateau since 2018, but it was the first time Ben Roethlisberger and the offense looked in rhythm and in sync.

It is safe to say both Roethlisberger and the offense have taken time to get acclimated, but they are improving every week, their latest performance being their best.

When you consider the issues coming into this season, no offseason workouts and an altered training camp, no wonder it took the Steelers’ offense some time to get revved up. With new weapons like Eric Ebron, Chase Claypool and Roethlisberger coming off elbow surgery, fans knew it would take time.

But what exactly does offensive coordinator Randy Fichtner think, and contribute this new success, to? A combination of things.

“You know, you come to practice and you are at the fall practices and things. You keep building things. You can’t do everything in one week.” Fichtner said. “We like to think that as a staff offensively that we are trying to put our guys in the best positions weekly for them to have success, for Ben to be comfortable to have the successes that he had just in general and on third downs and situation football.

“I think last week you got a chance to see maybe a little more comfortable look of where we can be. Again, situational football drove last week. Ben was outstanding on third downs. The wide outs, the protection against a very good front. We are going to need that again this week. You look up, and it’s like every defensive front we are playing is just outstanding and this is another group. But I think it is a little bit of all of that. It really is. I think a little comfort. I think if you can mix the run and the pass, you are always going to be better off and we have been able to do that.”

The Steelers’ offense might not be the best statistically, but they have been good enough to win every single game they’ve played to date. I think it is safe to suggest the Week 6 game vs. the Cleveland Browns very well might be their biggest challenge yet, and it will be the offense who will have to go out and put up enough points to win.

As for quarterback Ben Roethlisberger, he is just excited to play an AFC North divisional game.

“This is AFC North football, and you can say what you want about past records and times played, but those are previous years.” Roethlisberger said. “This is a new football team, new coaching staff, but they obviously have a new staff.

“We’re a new team. They’re a new team. They’re a good football team, really good. They’ve got a really good defense. A lot of those guys—I looked at their roster today, they only have two guys that have 10 years of experience in the league. It’s not like these guys have been playing us for years and years and years and worrying about how many times the Steelers have won. That’s not what it’s about. It’s a new season, new teams, and they’re a really good football team.”

Another game, and another chance for the Steelers’ offense to take another step forward. If they can do so against the 4-1 Browns, they very well could be 5-0 heading into Week 7.

For the latest news and notes on the Steelers as they prepare for the Browns on Sunday at Heinz Field, stay tuned to BTSC.