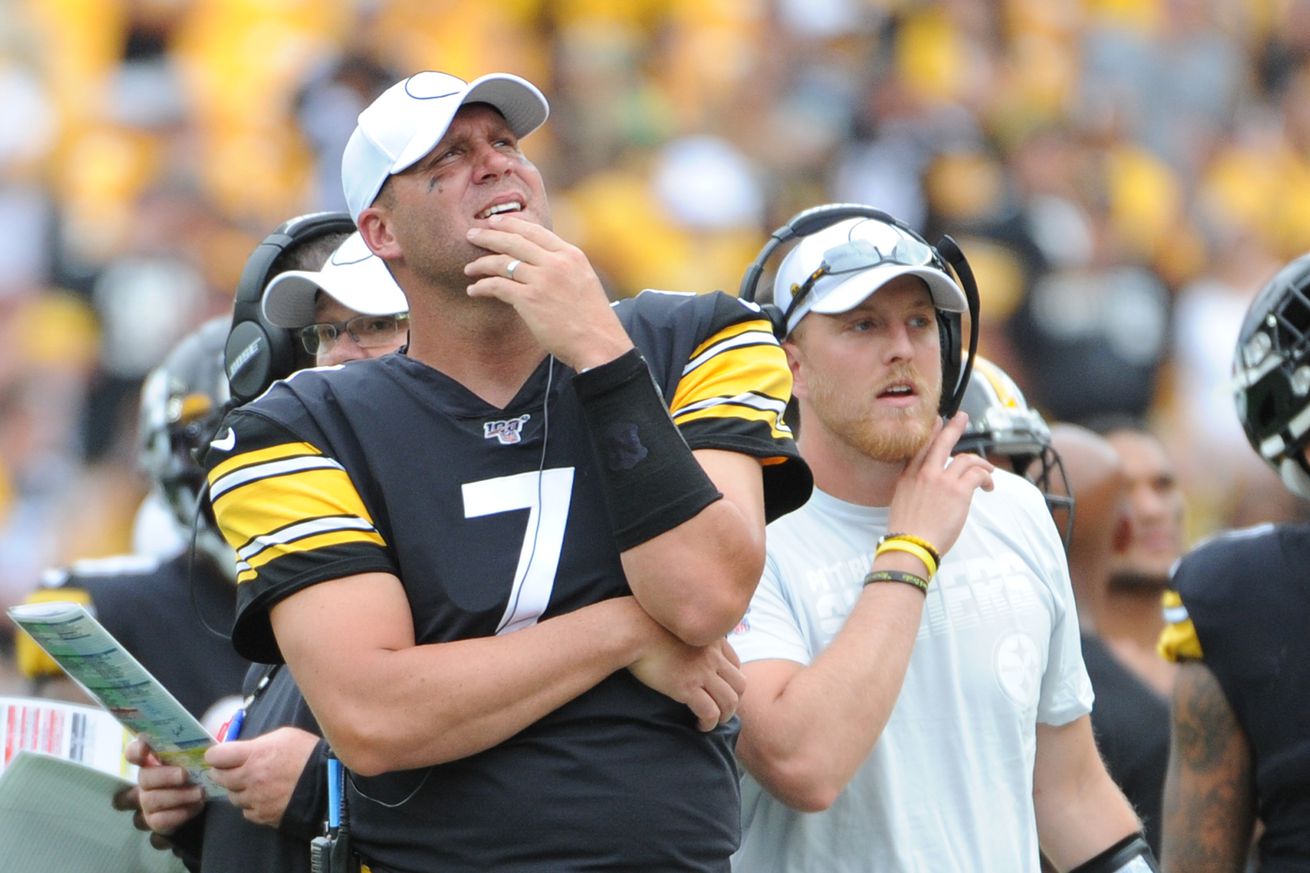 New offensive assistants are making a difference in the Steelers scheme

“I love it when a plan comes together.” The famous tag line from Hannibal Smith could be imagined coming from the office of Mike Tomlin if this NFL season goes well for the Pittsburgh Steelers. Obviously Tomlin won’t be smoking any cigars or taking credit for any of the success this team has, but it won’t make it any less deserved.

The Steelers struggled in 2019 across the offense, and the team dealt with multiple areas this offseason by bringing in new faces. They brought in Matt Canada as a quarterbacks coach, but also to bring creativity to the offensive play design. They brought in Ike Hilliard to lead a room of wide receivers loaded with youth and talent, but lacking a veteran presence. Passing down the tricks of the trade is a long tradition of wide receiver rooms in Pittsburgh, but there isn’t a Hines Ward or Antonio Brown in that room, and the veteran of the room is 23 year old JuJu Smith-Schuster, who is younger than Kevin Dotson and Carlos Davis from the Steelers 2020 draft class. Adding a coach that was also a long-tenured and successful NFL wide receiver was a great move for the Steelers.

But Ike Hilliard may be having more impact than just filling a coaching void and trying to be a mentor to the young receivers.

Ike Hilliard gained a lot of attention last season when the Washington Football team receivers coach oversaw the development of two rookies: 3rd-round pick Terry McLaurin and 6th-round pick Kelvin Harmon, and they ended up the most productive receivers on the team, with Terry McLaurin having a phenomenal breakout year.

At the beginning of August, Ike Hilliard spoke very clearly about his expectations for Steelers rookie receiver Chase Claypool:

Last year opened my eyes more than anything else. When you put the time in and you put the work in and you are put in position to make plays and you make plays, it doesn’t matter when you were drafted. It doesn’t matter how long it took you to [get on campus]. Chase does what we expect him to do and that is make play early and often. Chase is going to play a lot and he is going to be really good.

Hilliard brought what he learned with him to the Steelers. As we are hearing more and more that Chase Claypool isn’t playing like a rookie, maybe the new Steelers coach’s experience with breakout rookies is impactful both in coaching the player and setting him up for success scheme-wise. I’m not taking anything away from Chase Claypool, he’s putting in the work and making the plays, but rookies need help to really excel. Chase Claypool has a great quarterback, a deep receiver room around him, and a position coach who has been here before and did well.

The other side of Roethlisberger’s comment is Matt Canada’s impact in the run game. We’ve heard from Diontae Johnson and JuJu Smith-Schuster that there are new wrinkles in the offense. Johnson talked about learning new motions and Smith-Schuster spoke about learning to line up in the backfield and play any position. But we’ve heard very little from the running backs about him impacting their schemes.

Of the 3 main returning running backs from last season, two have played for Matt Canada before. New rookie Anthony McFarland Jr. and free agent fullback Derek Watt both played on teams Matt Canada coached. Benny Snell Jr. is the biggest name to not have experience working with coach Canada, so it makes sense for the Steelers to use Matt Canada’s input a lot in the run game.

Eddie Faulkner, the Steelers running back coach gave insight to what that might look like earlier this month:

I will say there has been conversations on just things that we can do better and how we can do it better and how we can get in better sets formationally. Different ways we can run plays and create plays by motioning guys to a certain spot. But it is no different than anybody else in the League or involved in football is really doing. We are just trying to put our best product out. You are right, we realize we do need to improve and that has been our mission going back to the spring virtually.

Faulkner is right, the NFL is already adapting the offensive principles and motions we have seen Matt Canada use so successfully in college. He isn’t here to re-invent NFL offenses, he’s a coach with a lot of success with schemes that are working in the NFL, and the Steelers didn’t have in their playbook.

If the Steelers offense thrives with a rejuvenated run game and a passing game with a legit deep threat on the outside in rookie Chase Claypool, a big part of that success will go back to a plan that involved bringing Matt Canada and Ike Hilliard into the coaching staff. With the success Steelers Nation saw last year from the addition of Teryl Austin along with an influx of talent in the secondary, the Steelers could see a similar effect on their offense this season.