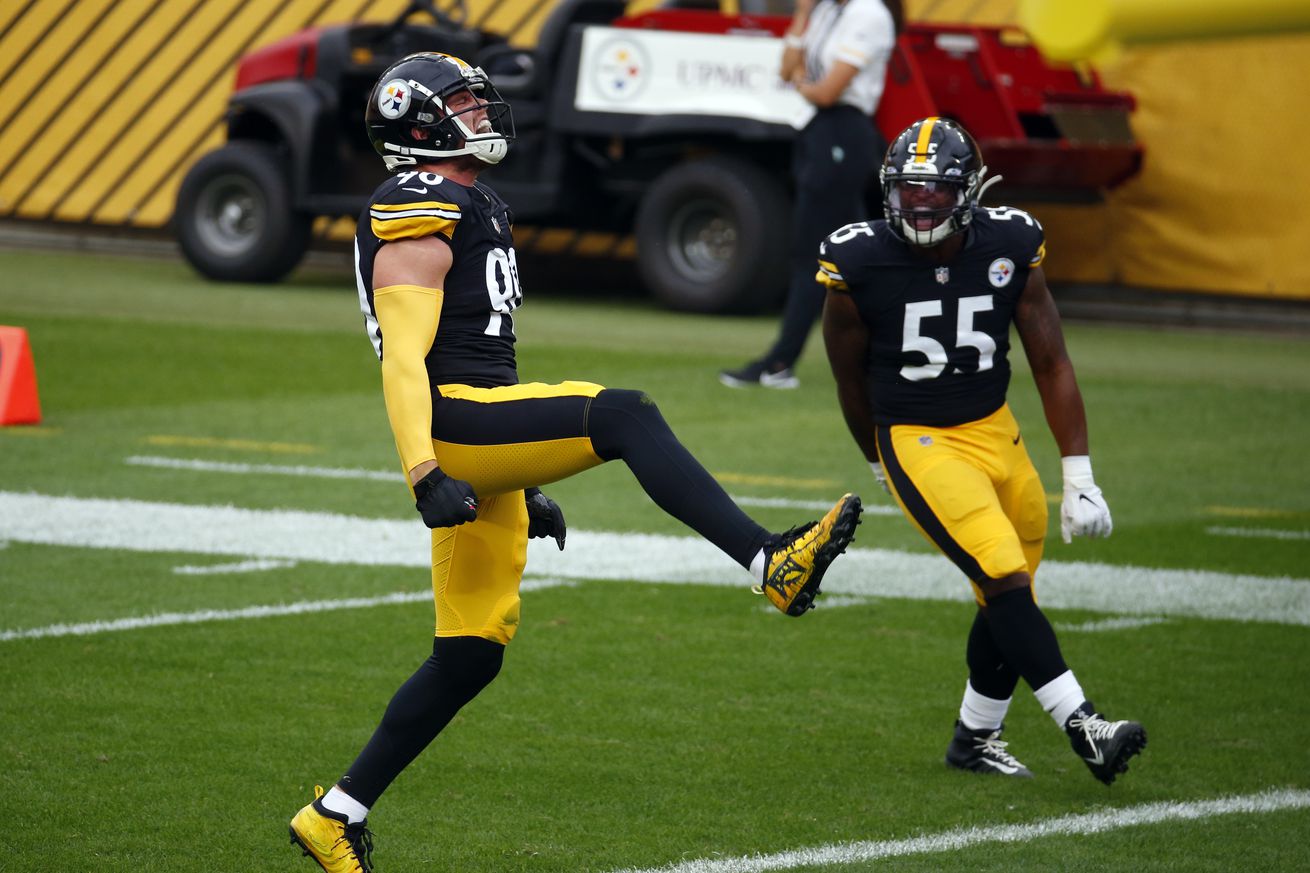 The problem with many of the rules in the NFL rulebook is the unavoidable fact that enforcing those rules comes down to personal interpretation.

While perusing the articles on the Steelers official website, I happened upon a staggering tidbit of information. The Pittsburgh Steelers defense has amassed 20 sacks and over 50 quarterback pressures during their 4-0 start to the 2020 NFL season. I was already aware of those impressive statistics, so no surprise there. However, based on those incredible pass rushing statistics, I couldn’t believe what I learned next.

Through the first four games this year; a quarter of the regular season, not a single opposing offensive lineman has been flagged for holding. The most aggressive pass rushing defense in the league hasn’t even drawn a single holding penalty in four games. That is truly hard to believe.

Problem is, as with most rules infractions, what constitutes offensive holding is left to the personal interpretation of a fallible human being. Please understand that nobody is expecting perfection on what amounts to a judgment call. Not perfection, but a little consistency would be nice. Is that too much to ask?

For as long as people have played the beloved game of football, and universal rules have been enforced, this statement has rang true. Theoretically, a holding penalty could be called on every play. The definition of the rule is as follows:

Use his hands or arms to materially restrict an opponent or alter the defender’s path or angle of pursuit. It is a foul regardless of whether the blocker’s hands are inside or outside the frame of the defender’s body. Material restrictions include but are not limited to:

Let me offer two examples of the inconsistent nature of these calls, as witnessed in the Steelers/Eagles contest on Sunday at Heinz Field. There were multiple examples of holding throughout the game that went uncalled, including two obvious infractions on the Eagles long game changing touchdown run by RB Miles Sanders, a Pittsburgh native no less. For this article, we will focus on incidents involving both offensive lines, due to the unbelievable statistic mentioned earlier in this article.

Late in the second quarter, after the momentum shifting touchdown run by Sanders, the Eagles had the ball and were driving near midfield. On a second and short play, Eagles quarterback Carson Wentz dropped back to pass as the Steelers only rushed three. T.J. Watt engaged the Eagles right tackle and attempted to execute an inside spin move to apply pressure on the quarterback. However, just as Watt was spinning to gain separation and his back was toward the blocker, the tackle wrapped his right arm around Watt and held him in place. I jokingly told my son that it reminded me of the King of the World scene in the Titanic movie. We felt certain there had to be a flag thrown on that obvious infraction, but my eyes couldn’t locate a yellow hanky on the field. Unbelievably, no flag on the play.

Later in the fourth quarter, the Steelers weren’t so fortunate. Steelers impressive rookie right guard Kevin Dotson, forced into action after an abdominal injury to Steelers standout David DeCastro knocked him out of the game in the first half, was engaged with a Eagles defensive tackle on a running play that James Conner tried to bounce outside to the right. Dotson had good hand placement on the block, with his hands inside with arms extended. Just as Conner cut to the outside because the inside lane collapsed, Dotson held his inside grasp of the defenders jersey and shoulder pads for a millisecond too long, and a flag was thrown. The result of the play was a short one or two yard gain, but the Steelers were moved back ten yards for the infraction.

Two separate plays involving offensive linemen that were potentially illegal, but were interpreted differently by the officials. On one play the illegal action was rather obvious, but no call was made. On the second play, the infraction was borderline and the impact was minimal. Flag thrown.

Again, perfection is unattainable and unrealistic, but a little more consistency would be preferable. Because you could never convince me that nary a single Steelers defender has been held on a play during the first four games of this season. I know better, because I have seen it with my own two eyes.

Special thanks to BTSC film room extraordinaire Geoffrey Benedict for supplying the visual evidence. It was greatly appreciated.