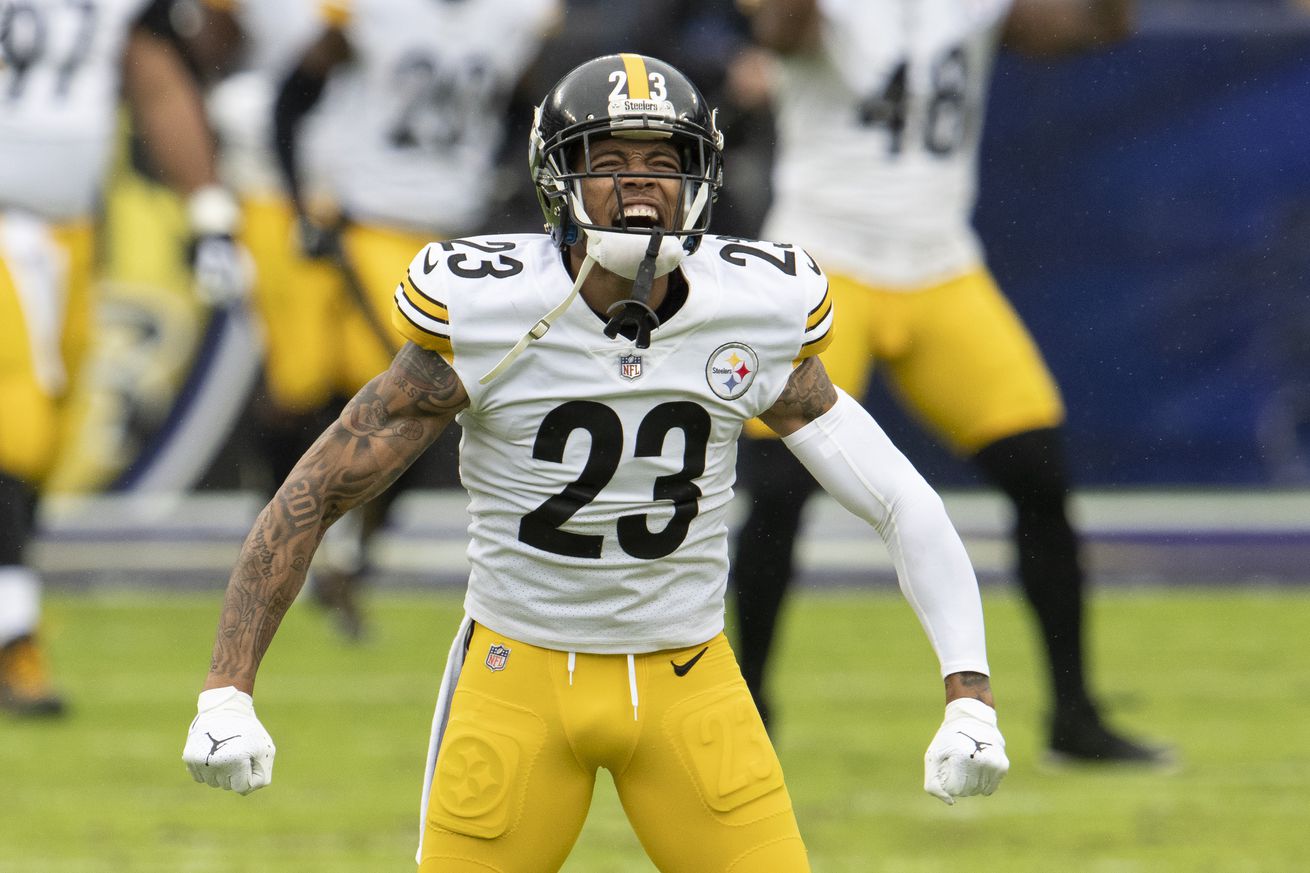 The Steelers changed how they matched the Bengals formations, and it worked.

Tyson Alualu and Derek Watt returned, Mike Hilton didn’t. The Steelers looked exactly the same in some ways, and yet changed their entire approach to the game in others. It was quite a game in week 10, and a dominant win over a Cincinnati Bengals team with a bad record, but the talent to be dangerous to anyone. Let’s look at who was out there making it happen.

The Steelers didn’t run the ball much against the Cincinnati Bengals, but James Conner played 64 snaps, the first time all season he has had more snaps than any of the Steelers wide receivers or tight ends. Conner was targeted twice and ran the ball 13 times, meaning his usage rate was under 25% for only the second time in his career. The first being in 2018 against the Kansas City Chiefs when Conner ran 8 times and was targeted 5 times in 72 snaps (18.1% usage rate).

Benny Snell played only 4 snaps, running the ball three times at the end of the game, while Jaylen Samuels played a single snap. It is becoming clear that Anthony McFarland is the Steelers backup to James Conner, and the Steelers intend to play Conner the vast majority of the game. Derek Watt’s return at fullback resulted in only 6 snaps as the Steelers heavier packages have been ineffective, and with Vance McDonald out didn’t get much work in this game.

Eric Ebron continues to dominate tight end snaps, and while Zach Gentry, at 14 snaps, played more than the backup running backs and fullback combined, he was not targeted.

Ray-Ray McCloud had a big day on special teams, but his impact on the offense was limited to a pitch to Chase Claypool on a reverse. The Bengals were focused on taking away the jet sweeps and they did a good job of it. JuJu Smith-Schuster led the Steelers receivers in targets for the first time since week 8 of 2019, but was second in snaps played to Diontae Johnson who led the team in receiving yards as well. Chase Claypool ranked third in wide receiver snaps, targets and receiving yards, but led the team with 2 touchdowns. James Conner bounced back, retaking the #4 spot in the wide receiver group, largely because the Steelers kept James Conner on the field, and James Washington plays more in 11 personnel than in 01 personnel.

Ben Roethlisberger sat for the final 4 plays of the game, and Maurkice Pouncey sat with him, with Kevin Dotson out for this game David DeCastro finished the game and was playing on field goal units as well. Mason Rudolph played 4 snaps but only handed off to Benny Snell on those plays.

The biggest change on offense was the Steelers using James Conner in empty sets a decent bit, keeping James Washington more involved in the offense and showing signs that they are looking to be able to go from a single back look to an empty formation in the future. If you read The Vertex here on BTSC last week, that move may make sense to you as teams are putting extra defenders in the box against the Steelers single back formation, and those linebackers and safeties are often liabilities in empty sets.

The first thing that should stand out to you is no player playing 100% of snaps, ending Minkah Fitzpatrick’s streak at 9 games. It was for a good cause though, as the backups got to play the last series of the game with the Steelers leading by 26.

Tyson Alualu returned, but only played 19 snaps, the fewest he has played since week 5 of 2019, when he played 13 snaps against the Baltimore Ravens. Stephon Tuitt and Cameron Heyward dropped back below 80% of snaps, it is always good to see the Steelers in a position to limit their snaps. The Steelers did play Henry Mondeaux and Carlos Davis this game, but their snaps were down from week 9 as well. The Steelers have been using heavy doses of 3 defensive lineman, but in this game averaged 2.12 lineman per defensive snap, despite the Bengals spending the vast majority of the game in 11 personnel, which the Steelers had been defending with their 3-4 set a lot this season.

It was good to see the Steelers get away from that, even if it was strange to see them do so the week Tyson Alualu returned. Bud Dupree and T.J. Watt dropping into coverage against wide receivers isn’t often the best strategy. Although, to be honest, it worked really well for most of the season.

For the defensive backs, Justin Layne didn’t play a single snap on defense, as Antoine Brooks Jr. took over dime back and, on a decent number of plays, nickel back duties. Cameron Sutton played all but 10 snaps before they took the starters out and Terrell Edmunds was the only one of the top 4 DBs to miss a snap before the last drive, and he missed one snap.

The Steelers averaged 5.3 defensive backs per play. The Steelers spent almost every snap in either nickel or dime package, a big difference from what we’ve seen the rest of the season, especially considering the Bengals ran 11 personnel most of the game.

We can project the Steelers formation usage pretty accurately just from the snap counts.

How do I know? If we set our expectations for snaps as the Steelers using nickel every play you would expect 2 DL, 2 OLB, 2 ILB, 3 CB, 2 S per snap. The Steelers weren’t far away from that, they ran 8 additional lineman snaps, were even in outside linebacker snaps, ran 20 fewer inside linebacker snaps, 13 additional cornerback snaps, and 1 fewer safety snaps than expected.

Now all we have to do is account for those snaps. The Steelers ran one play where Terrell Edmunds came out for an additional corner (something the Steelers do occasionally), 8 snaps where they played an extra defensive lineman (3-4), and with 3-4 that lineman isn’t replacing an inside linebacker, he’s replacing a corner, which leaves 20 cornerback snaps to account for along with 20 snaps with only one linebacker, and that is dime defense. Marcus Allen is the dime linebacker, he played 20 snaps, so that adds up and makes sense. With 8 snaps in 3-4 and 20 in dime, that leaves 37 snaps in nickel.

The Steelers using nickel so much against 11 personnel is a pretty big change from their strategy most of the season, and we’ll have to watch and see if it becomes a trend, or if it is just another instance of Keith Butler and his coaches crafting an opponent-specific game plan.