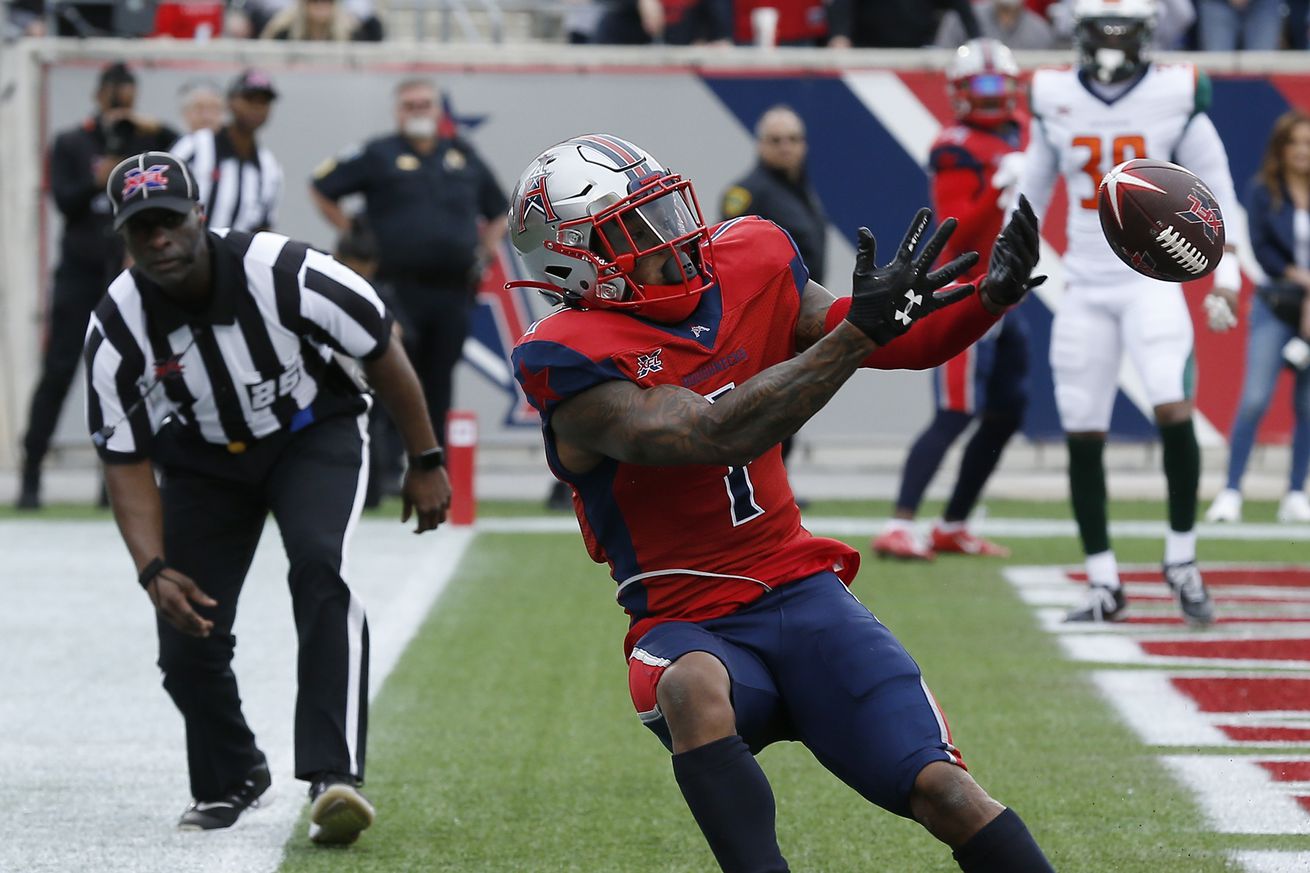 With a turnover on downs and the clock showing at least two seconds remaining, players shook hands and the officials ran off the field

The XFL has been working diligently to stick around as a relevant professional football league. Despite declining ratings throughout the first half of their season, some fans have still been tuning in due to the intriguing nature of the product. With transparency being a key feature, sometimes it can become a hindrance rather than a benefit.

One of the features the XFL offers is allowing TV viewers to hear offensive an defensive play calls along with discussions going on during replay reviews. Unfortunately, following Saturday’s game between the Houston Roughnecks and the Seattle Vipers, a replay official admitted on live TV the game should not have been concluded but didn’t know what else to do to fix the problem.

With just over one minute remaining in the game, the Roughnecks held a nine-point lead and were taking a knee to run out the clock. With the different rules inside of the final two minutes of each half, there was too much time on the clock to completely end of the game. As Houston’s quarterback was trying to waste some time with each kneel down, there was still going to be a discrepancy of a few seconds. Hearing Roughnecks’ head coach June Jones attempt to tell his quarterback to throw the ball into the opponents bench to end the game, the quarterback instead tried to avoid the defense before taking a knee on fourth down.

What neither team or the officials realized was there ere three seconds left on the clock when the fourth-down play concluded.

After viewing the replay, it was obvious the player’s knee hit the ground with three seconds left and the officials hand had gone into the air to signal a clock stoppage with two seconds remaining. But both teams came out on the field to end the game as the officials exited the tunnel.

What made the situation more interesting is Seattle was within one score of tying the game. With a three-point conversion a possibility in the XFL, being down nine points is still within a touchdown and a successful conversion. Seattle would have taken over at around Houston’s 21-yard line and would have had one play to get the ball into the end zone and then run a three-point conversion to force overtime.

ABC announcers Steve Levy and Greg McElroy told fans to stayed tuned on the live TV broadcast as they were certain the game was not over. The announcers even had a chance to interview the booth official who admitted there should have been time left on the clock but the game was deemed a final and there was nothing he could do.

If the XFL would have taken a lesson from their big brother the NFL, the players would have had to clear the field and the final play would need to be run. How do we know this? Because the NFL once brought teams back on the field 35 minutes later to run a final play.

The year was 2000, and on Christmas Eve the Miami Dolphins had appeared to come back to defeat the New England Patriots by a field goal. On what was believed to be the final play of the game, Drew Bledsoe was ruled to have fumbled the ball and ended the game. But after further review, players were called out of the showers to come on to the field 35 minutes later for one last play as it was determined Bledsoe’s arm was moving forward and it was an incomplete pass.

Despite the objection of Patriots’ head coach Bill Belichick, reserve quarterback Michael Bishop took the snap for an attempted Hail Mary which fell incomplete and was well short of the end zone.

There was also another example of when the NFL brought players out of the locker room to finish a game, this time to force overtime and change the result. In 2007 the Baltimore Ravens believed they had defeated the Cleveland Browns in Week 10 as kicker Phil Dawson missed a 51-yard field goal which hit the left upright and then the crossbar. After an almost 5-minute discussion, the officials correctly concluded the ball broke the plane of the crossbar and hit the curved support bar and bounced back into the field of play. After changing the ruling on the field and sending the game to overtime, the Browns kicked a field goal on their first possession and won the game. Several Ravens players, including Ray Lewis, had to come back out on the field after they had already begin to removed their athletic tape believing the game was over.

In looking at these two examples, the XFL should have done everything in their power to clear the field and play out the game properly. With the league struggling to gain momentum as the season rolls on, having a game whose outcome was ultimately in question is not the type of publicity it needs at this point.