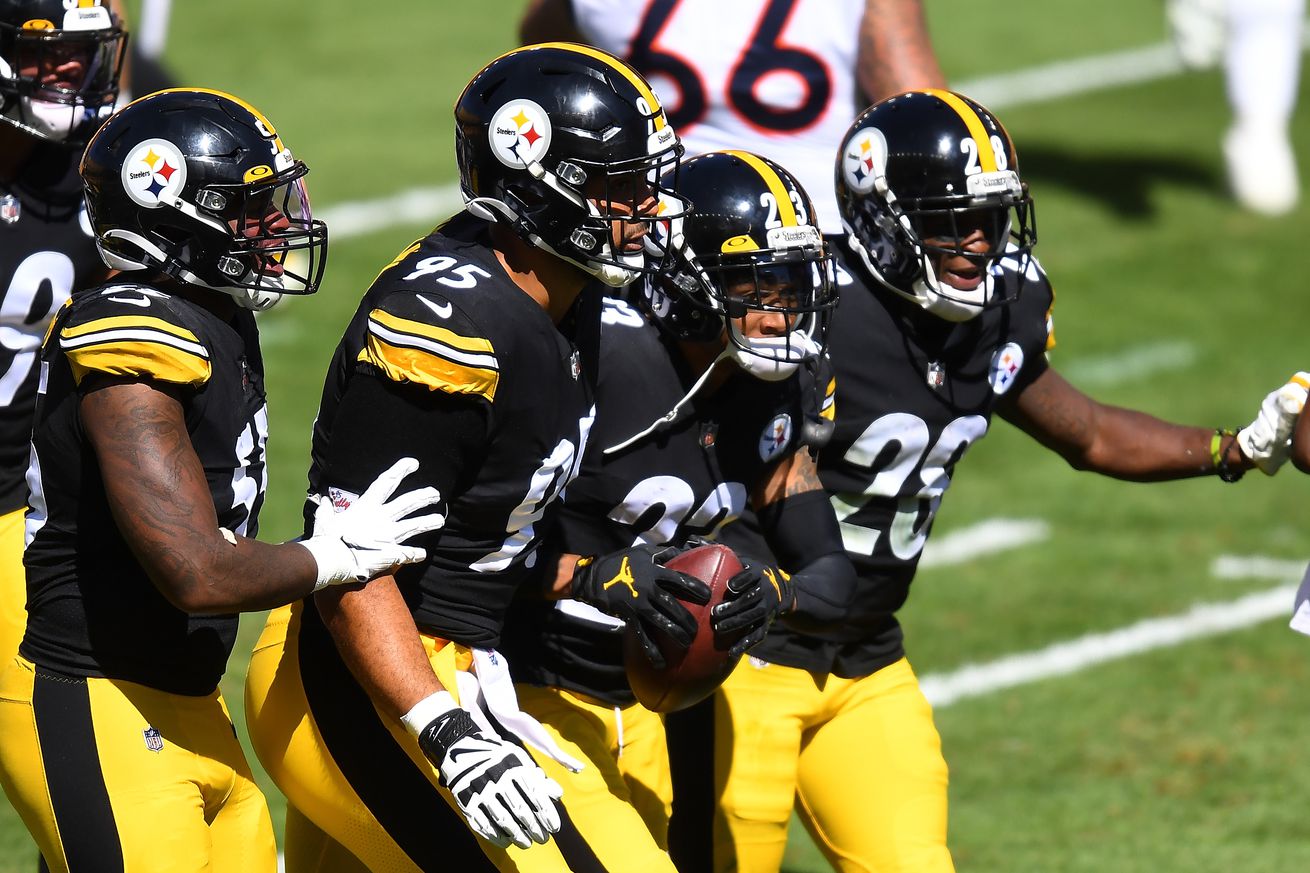 The Steelers are still trying to figure out what they have in newcomer DE Chris Wormley.

Sometimes in life our eyes seem to play tricks on us, making us question what we just witnessed as some sort of optical illusion. I experienced a similar situation while watching the Steelers battle the Houston Texans at Heinz Field in Week 3.

At one point of the second quarter, with the Steelers defense uncharacteristically struggling to get to the QB and get off the field on third down, the Steelers started substituting liberally for some of their winded front seven. On one particularly impressive scramble by Texans QB Deshaun Watson, my eyes were drawn to a Steelers defender who was pursuing Watson in a trail position. I didn’t initially recognize the Steelers player in question, which is a real rarity for me in all honesty.

My mind immediately went into recognition mode the moment the play was over. The player in question was wearing number 95, probably why he instantly caught my attention. That was Steelers great Greg Lloyd’s old number. Not only was Lloyd one of my favorite players of al- time, but I still have my Lloyd jersey hanging in a closet. It took my mind a second or two to recall who was given the distinction of wearing that number this season. Then I remembered Steelers newcomer Chris Wormley was wearing that number, but the player I just saw couldn’t be Wormley.

Or were my eyes deceiving me?

Usually I can identity every player on the roster out of uniform, even in street clothes. I don’t need to see their name on the jersey, I can identify them by position or even body type. I readily admit that I am not that familiar with Wormley.

I watched him play for the Michigan Wolverines in college and was intrigued when the Steelers showed interest in him prior to the 2017 NFL Draft. I remember that he reminded me physically of a young Cameron Heyward, and he had the height/weight ratio the Steelers look for in their 3-4 defensive linemen. The other thing that stuck with me for some reason was the fact he grew up a Steelers fan.

Then he was drafted in the third round by the Baltimore Ravens and I wiped him from memory. He was now the enemy of my beloved Pittsburgh Steelers, and I only noticed him if he was on the field during the rivalry. He was in no way a impact performer against the Steelers, so I paid him no mind. I actually felt sorry for a young Steelers fan stuck playing for the Baltimore Ravens.

One thing I did notice about Wormley during his time with the Ravens was his length and physique at defensive tackle. He still reminded me of Heyward, although nowhere near as powerful or skilled, obviously. That’s why I was so shocked when I saw him in his Steelers uniform for the first time in Week 1 against the New York Giants. Wormley no longer resembles a Steelers defensive lineman, he looks more like a edge player at first glance on the field of play.

Maybe it’s just a figment of my imagination, but Wormley looks significantly smaller to me presently than he did while playing for the Ravens. Wormley missed a good portion of training camp with a rather mysterious ailment. There were whispers coming out of camp about a possible shoulder injury, but nothing official was ever announced, to my knowledge. If Wormley was dealing with a minor shoulder injury prior to camp, coupled with the added difficulties in personal workouts and conditioning created due to COVID protocol and restrictions, he may have reported to camp at a reduced weight. Most players have to focus on maintaining an ideal playing weight during conditioning workouts, along with diet and nutrition. The same holds true for individuals that play positions that require them to maintain a larger frame. Based on Wormley’s role in the Steelers defense, and his long angular frame, I feel this is true with Wormley.

When the Steelers traded with the Ravens for Wormley, truly a shocker for all parties involved honestly, I felt certain it was an insurance policy of sorts just in case a contract extension couldn’t be reached to assure that Cameron Heyward would continue his outstanding career in the Black and Gold. Now that the crisis has been averted, the Steelers have Wormley as a valuable depth piece, but what they really have in the young man remains to be seen.

The Steelers have Isaiah Buggs and Wormley, along with Carlos Davis taking up residence on the inactive list each week, as defensive line depth behind their impressive starting trio. I wrote an article prior to training camp suggesting the Steelers were in capable hands with Tyson Alualu and Wormley manning the nose tackle position. At one point in camp, Wormley was listed as a nose tackle on the depth chart. Honestly at this point, based on what I have seen thus far from Wormley, I don’t think that is possible.

Wormley has been getting 8 to 12 snaps per game spelling Heyward for short stretches, as a defensive end. Even facing one on one blocking on the edge, he is immediately getting stood up and pushed back. He is struggling to get low and play with proper leverage. This could be due to struggling with his new responsibilities within the Steelers scheme, but I believe that he is playing at a reduced weight and that has resulted in a loss of power.

What ever the reason, Wormley just doesn’t resemble the player that I was expecting this season. Maybe he will develop into a Heyward type player with increased experience and exposure, but he will definitely need to add some girth. One things for sure, I don’t see him as a realistic option for snaps at nose tackle at his current playing weight. Isaiah Buggs is the far more likely option moving forward in an emergency situation.