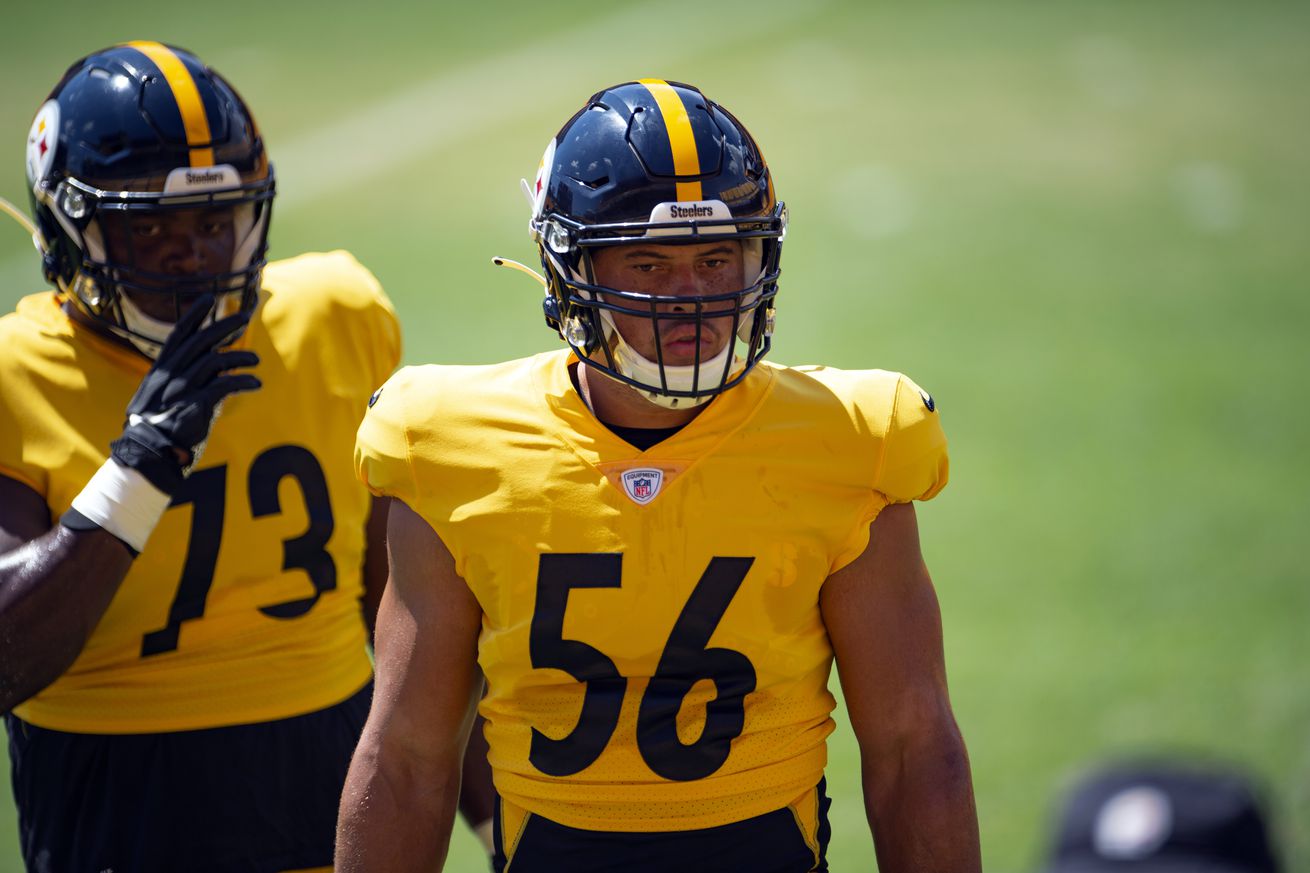 The Pittsburgh Steelers were back on the practice field, and it is time to recap what took place at Heinz Field.

The Pittsburgh Steelers were back out in pads again Thursday, and head coach Mike Tomlin and crew were ready to get this new year started right. In the final week of training camp, the Steelers have started to conclude their strange and weird 2020 training camp, this time at the team’s UPMC Rooney Sports Complex on the south side.

With no reporters present, everyone is reliant on the practice report for what went down during the team’s practice. Throughout all of this time, there has been one name which has been a positive presence in every practice report. That would be none other than rookie pass rusher Alex Highsmith.

Highsmith has been putting his best foot forward every single practice, and has drawn rave reviews from Bud Dupree, T.J. Watt, Keith Butler and even Mike Tomlin. Some say players are earning their “stripes”, but with the Steelers you could say they are earning their “numbers”. This is alluding to how in the preseason the players don’t have numbers on the front of their helmets (like the photo of Highsmith above). Once they make the 53-man roster, the numbers go on the front of the helmet.

Consider it a rite of passage onto the regular season roster.

But Highsmith hasn’t just been a player expected to make the team, he is showing he belongs. Just look at some of the reports from the past two practices:

“The best pass rush of the day came from Alex Highsmith during OL/DL one-on-one. Highsmith did a quick inside spin move on right tackle Chuks Okorafor. Tomlin called for a re-do. Highsmith tried a bull-rush and Okorafor stood his ground.”

“One-on-one drills between the offensive and defensive linemen included offensive tackle Zach Banner holding off rookie outside linebacker Alex Highsmith on an initial rep, and then Highsmith executing a spin move on Banner on the second.

Banner patted Highsmith on the helmet when the period ended.”

It looks as if even as a rookie Highsmith should be able to provide every bit as much of a pass rush as his predecessor Anthony Chickillo. One step at a time, but Highsmith is looking good.

There was other news from Day 12 of training camp practice…

David DeCastro (lower-body injury) remained out, as he has been since exiting early last Friday night. Cam Sutton (undisclosed) and wide receiver Chase Claypool (undisclosed) also did not practice.

Center Maurkice Pouncey was given a veteran’s day off.

Center Maurkice Pouncey spoke with the media early on Thursday, and he gave a detailed description of the injury he suffered against the New York Jets at the end of the 2019 regular season. Pouncey isn’t about to let that slow him down, and is excited about his future in the NFL. He went as far to say he isn’t even thinking about retirement yet.

Maurkice Pouncey talks about his injury from late in the 2019 season and how much longer he wants to play in the NFL. pic.twitter.com/3XvpMfw4fP

One of the reasons Pouncey doesn’t want to retire yet? He is still having fun. Entering year 11 in the NFL, Pouncey is still excited to go to work everyday. Pouncey went as far as to say how he loves the normalcy of being back with his teammates and coaches.

Maurkice Pouncey says he’s still having fun entering Year 11 in the NFL and at 31 doesn’t sound like he wants to retire any time soon pic.twitter.com/e4zJNr6gD8

Chris Wormley spoke with the media on Thursday as well, and he spoke openly about growing up a fan of the black-and-gold. Even as a Michigan Wolverine in the Big 10, Wormley always had a soft spot for the Steelers.

That changed after being drafted by the Ravens, but he is back with his favorite team, and he certainly has those two Baltimore games circled on his calendar.

Chris Wormley grew up a Steelers fan and is in his first season playing for them after 3 years with Baltimore. He talks Steelers-Ravens rivalry: pic.twitter.com/gngNWjjSSj

Media asked Maurkice Pouncey if the Steelers as a team, or any individual players, planned on sitting out a game, or more, to protest social injustice. Pouncey said he doesn’t see any Steelers players sitting out any games this year. He added they can use their platforms to share their message, but he doesn’t see them sitting out games.

Still upset about the CBA

Remember how Pouncey was upset about the NFLPA voting for the current Collective Bargaining Agreement (CBA)? Yeah, that hasn’t changed at all…

Maurkice Pouncey on the NFL/NLFPA CBA and if he’s relieved it was signed just before pandemic lockdowns: “I still think we should have waited and gotten everything we wanted. To say teams are hurting – guys are still getting hundred-million-dollar deals!”

A recap of the day’s happenings, in audio form:

With practice moving indoors, there was no Live Look-In at Steelers practice.

Although the @steelers have moved practice locations, we’re still #LIVE at @heinzfield with another edition of Training Camp Live, presented by @FedEx!