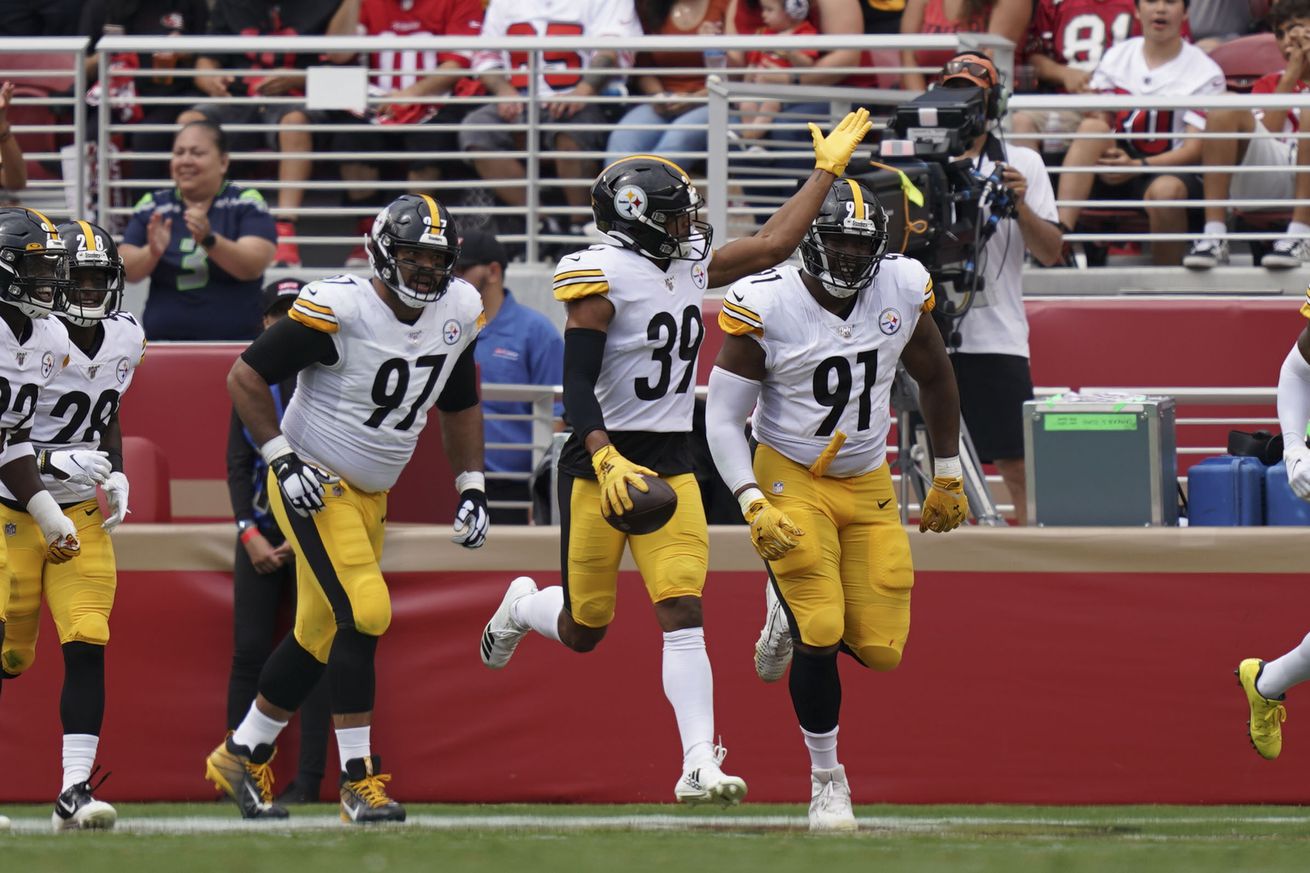 The Pittsburgh Steelers were back on the practice field, and it is time to recap what took place at Heinz Field.

The Pittsburgh Steelers were back out in pads again Thursday, and head coach Mike Tomlin and crew were ready to get this new year started right. Throughout the day Friday, when the Steelers would take the field was anything but certain. With rain in the forecast, many wondered if the practice wold be moved to the UPMC Rooney Sports Complex.

The team decided to wait out the rain, and had a scrimmage at Heinz Field on Friday evening, starting around 7:00 p.m. But the story today was about the team’s secondary. Last year the defense had the most takeaways in the entire NFL, but is it possible for this unit, primarily the secondary, be even better than they were in 2019?

How is that even possible?!

Mike Hilton, who spoke with media Friday via Zoom gave a glimpse into just that. This via Dale Lolley from DKPittsburghSports:

Mike Hilton said the year together and now a training camp with which to hone things should make the Steelers’ secondary one of the best in the league. #Steelers #dkps

When you think about it, Hilton is pretty spot on. Steven Nelson was in his first year with the team last season, and Minkah Fitzpatrick was a trade acquisition after Week 2. Having a full season under the belts, and knowing more about one another as teammates could catapult this secondary not just into elite status, but as the best in the NFL.

There was other news from Day 9 of training camp practice…

With the Steelers back on the field, and several players returned to practice who had missed time prior:

Those who were previously injured and remained out of practice were:

After practice, Mike Tomlin addressed the media and said there was one new injury during Friday’s practice, and that was none other than David DeCastro (undisclosed).

Tomlin said David DeCastro was injured in tonight’s scrimmage. He’s being evaluated and expects to have an update next time we talk.

Kevin Dotson, though, was out there for the scrimmage.

DeCastro had just returned to full participation this week, and to see him leave again might mean his training camp is over barring it being a serious injury. Tomlin said he will have more information the next time he meets with the media.

While the challenges of the COVID-19 era are obvious, one aspect which has to be recognized is getting players acclimated to the physicality of football again. You know, hitting. Mike Tomlin doesn’t apologize for the physical nature of his practices, and Mike Hilton feels it has been a good mix for the group heading into the regular season.

Steelers CB Mike Hilton on the challenges of entering a season with such little contract in offseason practices and no preseason games pic.twitter.com/RN7TqMok6Y

How Ben looks to an ‘outsider’

Stefen Wisniewski doesn’t know Ben Roethlisberger very well, but when asked about what he thinks of Roethlisberger being in camp, he answered as best as he could. He said Roethlisberger is showing a lot of excitement, and genuinely seems to enjoy playing the game of football.

Stefan Wisniewski on how Ben Roethlisberger looks in camp pic.twitter.com/rwDT3VXKxN

Wisniewski not happy with the Big 10

Speaking of Wisnewski, a Penn State alum, he isn’t very happy with the Big 10’s decision to cancel their fall season and try to have a spring football season in 2021. In fact, Wisniewski didn’t mince his words when he was asked about the college football landscape on Friday.

Wisniewski: I really think they should play. I’ll just say that. … I’m really mad that they’re not. If I thought I could change something,I’d make a big bold statement. But I think their mind is made up.

With other confs playing, “the Big Ten is going to look really stupid.”

Mike Hilton was open with reporters about protests across the sports landscape and trying to put everything into perspective for those who might question athlete’s motives when using their platform for something outside of the sport. As it turns out, the Steelers had something planned for Friday night’s practice.

Sometimes all you want is to be heard

On Thursday Ben Roethlisberger said he just wanted to listen to his teammates, and hear their overall concern about the world we currently live in. When Mike Hilton was broached with this statement, he said he just wants people to listen. To understand him, and know we are all human beings.

Yesterday Ben Roethlisberger said he wanted to take this time to listen to his Black teammates.

I asked DB Mike Hilton what he wants Roethlisberger and any other teammates asking questions to know: “We’re just trying to get people to listen and understand that we’re all human.” pic.twitter.com/FkuiAa5ggu

A recap of the day’s happenings, in audio form: