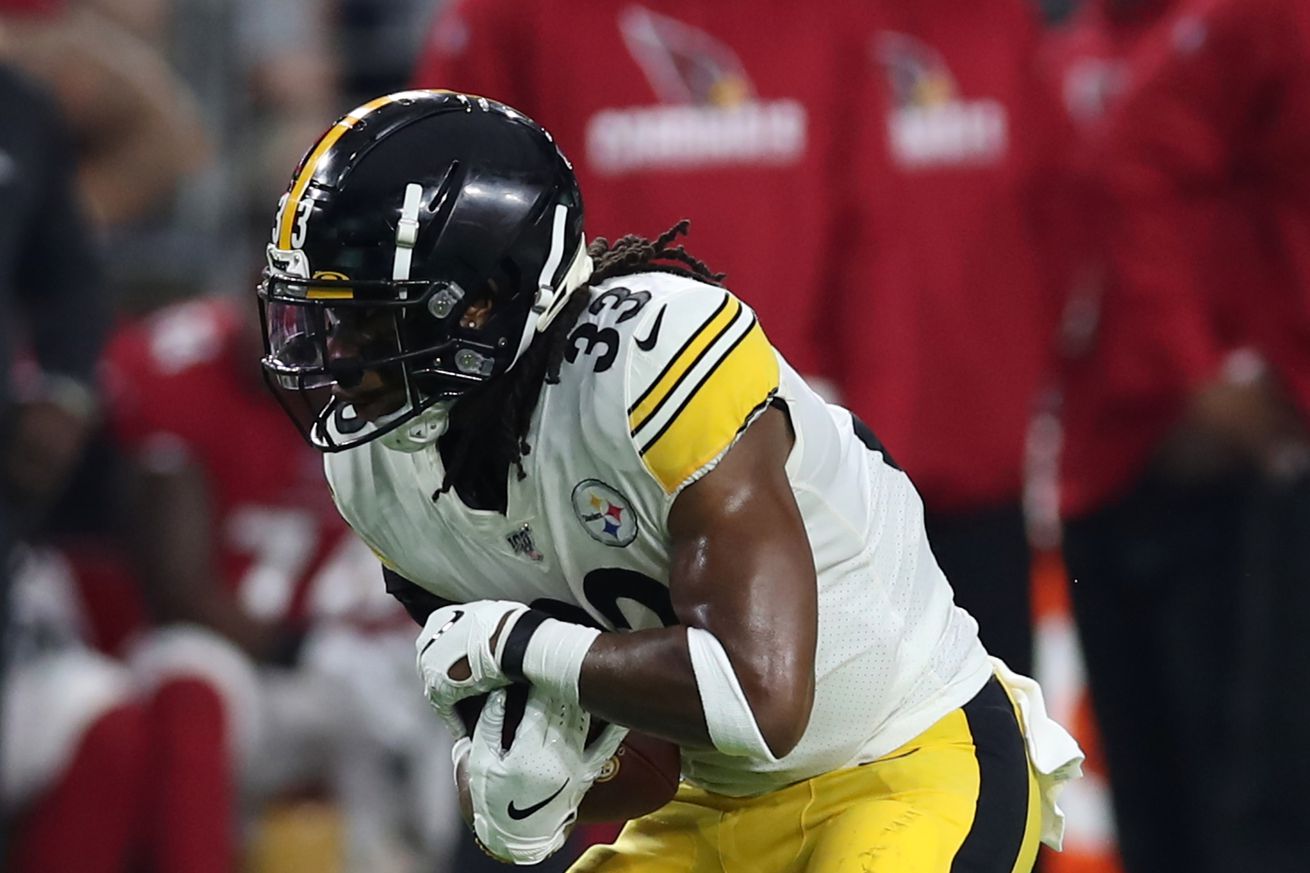 The Pittsburgh Steelers have made a roster move in the wake of tight and Vance McDonald testing positive for coronavirus and landing on the NFL‘s Reserve/COVID-19 List. In the vacated roster spot, the Steelers have re-signed running back Trey Edmunds to their active roster.

We have signed RB Trey Edmunds to the 53-man roster. @BordasLawhttps://t.co/xIFRARZNuG

Edmunds spent the entirety of the 2020 season with the Pittsburgh Steelers either on the practice squad or the 53-man roster up until this past Saturday when he was released along with Stefen Wisniewski for the Steelers to sign Jayrone Elliott and elevate Avery Williamson from the commissioners exempt list. The Steelers traded for Williamson from the New York Jets the previous weekend and had to wait for him to clear the NFL‘s COVID-19 protocols in order to join the active roster.

Edmunds began the 2020 season on the Steeler 16-man practice squad and was elevated to the active roster in both Week 5 and Week 7. Unable to be elevated a third time, Edmunds was signed to the active roster just ahead of the Steelers Week 8 match up with the Baltimore Ravens. In three games this season, Edmunds has played seven offensive snaps as well as 20 snaps on special teams.

Since Trey Edmunds was already a part of the NFL’s COVID-19 protocols with the Steelers in Week 9, he should be free to re-join the team immediately. Edmunds will help to fill the Steelers running back room as they are uncertain of the availability of Jaylen Samuels for Sunday’s game as he was one of the four close contacts with McDonald along with quarterback Ben Roethlisberger, linebacker Vince Williams, and offensive lineman Jerald Hawkins.

Undrafted out of the University of Maryland in 2017, Edmunds joined the Steelers practice squad in 2018 where he has bounced between the practice squad and active roster. In 2019 Edmunds appeared in 11 games for the Steelers where he had 22 rushes for 92 yards as well as six receptions for 48 yards. He also added an interception on a fake punt on special teams.

Stay tuned to BTSC for continued coverage as the Steelers navigate their way through their current COVID-19 issues while preparing to take on the Cincinnati Bengals this Sunday at Heinz Field.