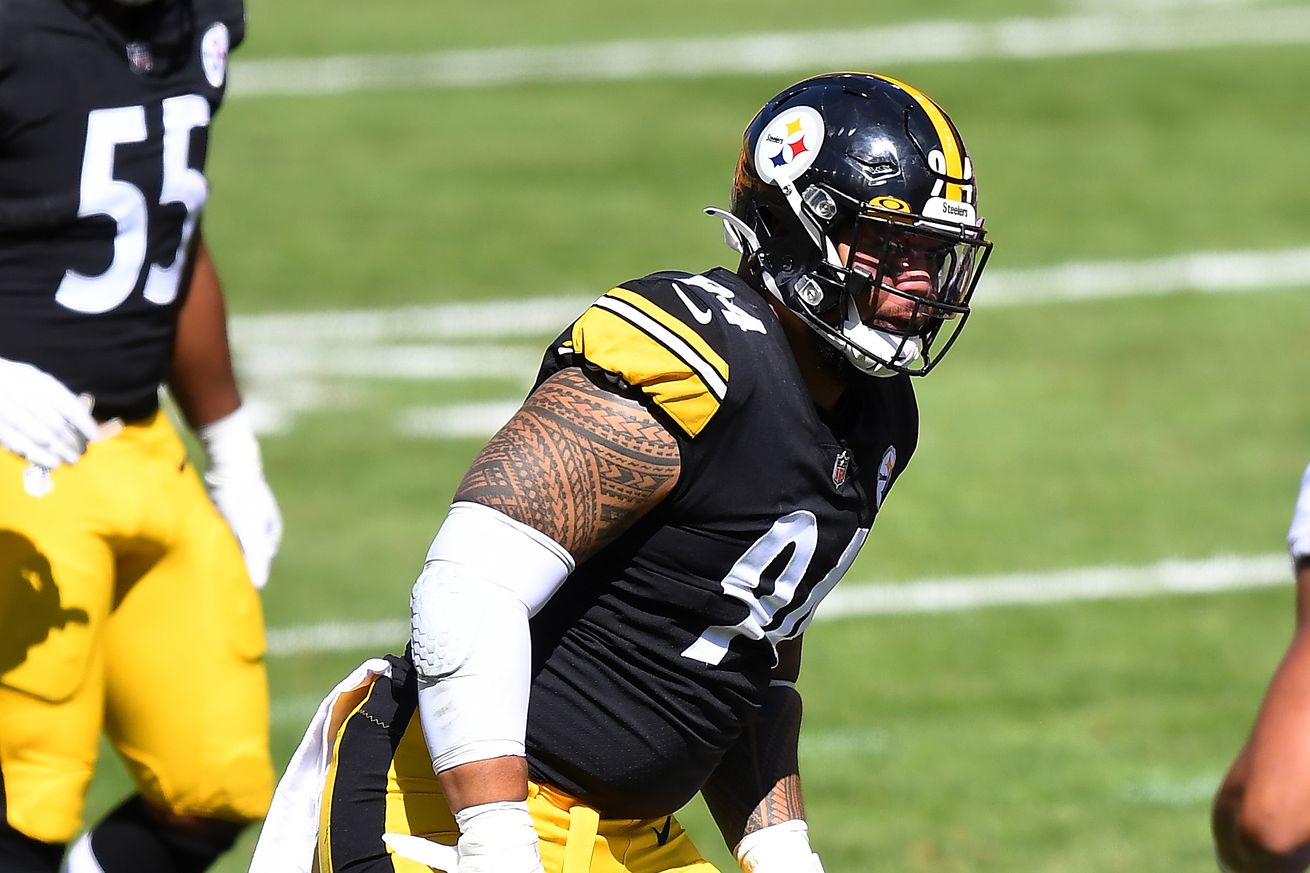 After a rough start to his NFL career, Steelers DT Tyson Alualu has found a home and a family in Pittsburgh.

Pittsburgh Steelers fans are nothing if not passionate. Sometimes we even have a tendency to overreact on occasion. I know it is hard to believe, but it does happen from time to time. The comment threads of many BTSC articles have offered indisputable evidence of these overreactions over the years.

A couple of seasons ago a rookie running back for the Steelers enjoyed a particularly successful outing against the porous rush defense of the New England Patriots, leading to a coveted home victory against their arch nemesis. Suddenly the young man, without the skill set of a natural running back or meaningful experience playing the position, was anointed a real threat to usurp the oft injured starter James Conner. History shows us that was definitely an overreaction.

Already this season, we Steelers fans are at it again. James Conner seems to have the misfortune of being a key contributor in many of these rushes to judgment prematurely. Conner was ineffective in the early portions of the Week 1 game against the New York Giants before tweaking his ankle and being ruled out for the rest of the game. Backup RB Benny Snell enters the game and makes the most of the opportunity, enjoying his first hundred yard outing in the NFL.

Suddenly, Conner’s game is being compared to a vagrant living on the streets, and many Steelers fans immediately claimed they knew that Snell was the answer to the Steelers prayers at running back all along. Sure was a nice day dream, but fumbles can turn any dream into a nightmare.

I readily admit I have grown frustrated with Conner’s injury tendencies, and I was encouraged by Snell’s strong performance on Monday Night Football. However, I have expressed my desire for a running back by committee approach to be adopted by the Steelers coaching staff for a couple of seasons now. In theory, utilizing the Steelers talented stable of running backs would reduce the wear and tear on Conner, hopefully helping to keep him healthy and on the field. Tomlin doesn’t like the committee approach, but if he has multiple backs running effectively and displaying proper ball security, maybe he can be persuaded to change his mind.

One prevalent overreaction that was always present throughout the off season was the Steelers glaring lack of a proven nose tackle. Forget the fact that the traditional nose tackle that most fans were clamoring for has went the way of the dodo bird. That would be extinct for anybody not grasping the connection. The days of Casey Hampton and Vince Wolfork, two of the all time greats at the position, are no more. The usage against modern day NFL offenses hardly justifies the need for a specialist. Simply slide a stout run stuffing defensive tackle over when the need arises. The Steelers did so for years with recently departed Javon Hargrave.

That’s why I wasn’t concerned in the slightest when Hargrave took his talents to Philadelphia. The Steelers had the perfect replacement already on the roster in veteran DT Tyson Alualu. Alualu has proven to be a excellent depth player and emergency fill in for oft injured Stephon Tuitt during his time spent in the Steel City. It’s almost as if Alualu has discovered the fountain of youth and is playing like the former first round pick he actually is.

Here’s my submission for Steelers Nation overreaction of the week. Tyson Alualu is a better fit to man the nose tackle position when needed for the Steelers than Javon Hargrave ever was. There, I said it, and I am not taking it back. At this stage of his career, Alualu is more of a pure nose tackle than the Gravedigger.

Alualu has been an impact performer for the Steelers defense this season. He has solidified his already impressive resume as a run stuffing defensive lineman. He readily sacrifices his body and opportunities to make head turning splash plays by anchoring well against the running game, often tying up multiple blockers and disrupting running lanes in the process. Somehow his play this season reminds me of the great Mean Joe Greene.

Now I am in no way trying to compare Alualu to the greatest defensive lineman in Steelers history. Talk about an overreaction. I am simply referring to how Mean Joe sacrificed his own body and the glamour of statistics for the betterment of the Steel Curtain defenses in the latter part of his illustrious Hall of Fame career. Alualu has that same type of team first mindset.

Alualu has absolutely destroyed the opposition on the few occasions he has been engaged with a blocker one on one. He has generated consistent pressure on the QB and collapsed the pocket with regularity when given the opportunity. Against the Broncos Alualu batted down a pass at the line of scrimmage and picked up his first sack of the season.

BTSC distinguished co-editor Dave Schofield sent me this interesting little truth nugget after reviewing this article. After the first 2 weeks of the season, Alualu is the highest rated interior defensive lineman in the NFL according to PFF, and it’s not even close.

Tyson Alualu is a easy man to overlook; due to the humble nature of the man, and all the superstar players surrounding him on defense. That doesn’t mean it’s ok to take him for granted. That would truly be a shame. I stand behind that statement, as it is no overreaction.