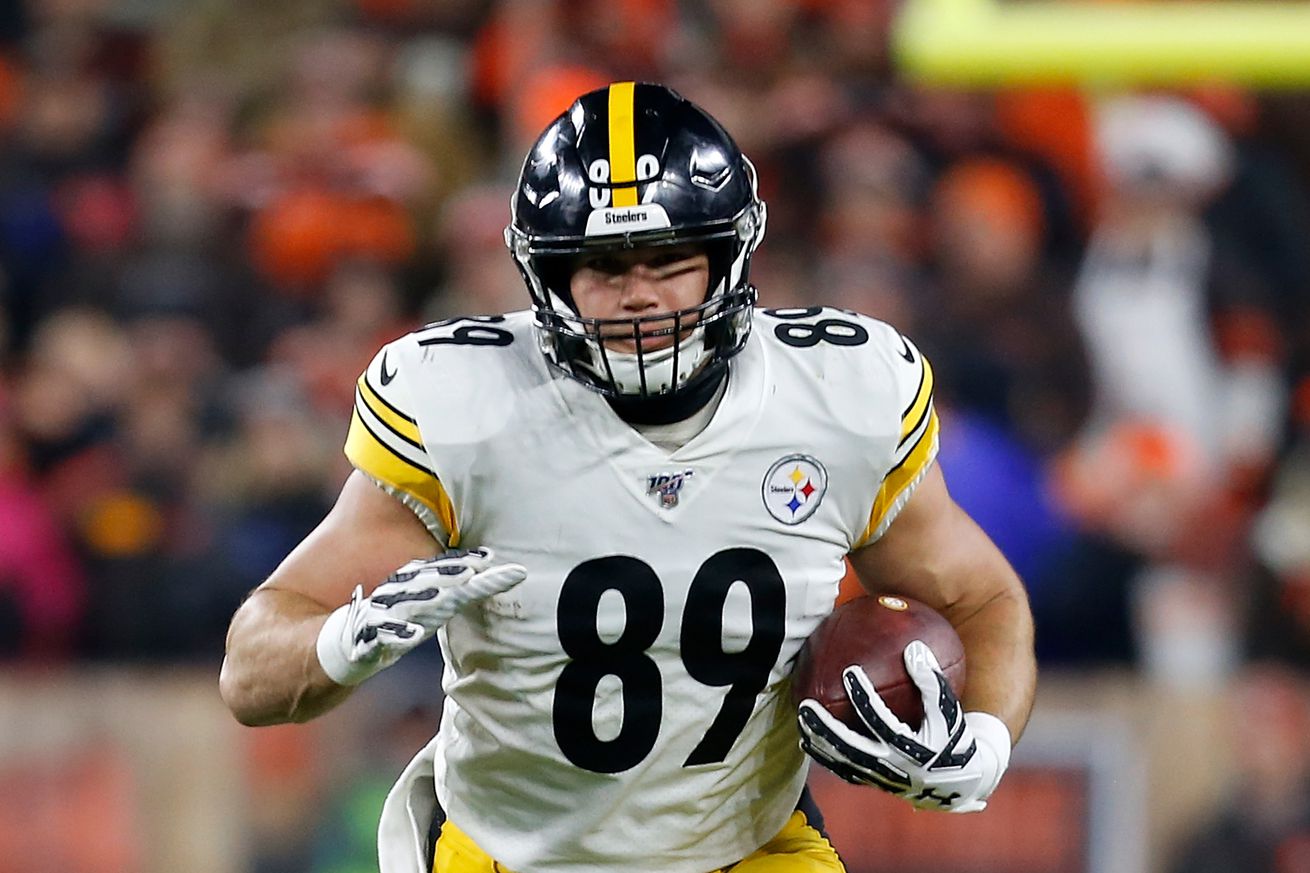 The Pittsburgh Steelers tight end didn’t hold back when speaking about the NFL’s stance on COVID-19.

The Pittsburgh Steelers were on the wrong end of the Tennessee Titans’ coronavirus outbreak in Week 4, and the players and coaches inside the Pittsburgh locker room haven’t been very happy with how things went down. Having a bye week moved from Week 8 to Week 4 wasn’t ideal, but for the most part, players understood.

But that doesn’t mean players weren’t frustrated with the overall stance from the NFL, and the players who fall under the league’s umbrella.

Steelers tight end Vance McDonald spoke to media Thursday via Zoom and spoke openly, and honestly, about the NFL’s stance and approach to COVID-19 during the 2020 regular season.

“Yeah for sure. Again, for me, it all comes down to that. Whatever scale that we’re going to end up using globally across the NFL, it’s like, how do you establish a fair playing ground?” McDonald said. “My mom reached out to me and she said, ‘Oh my gosh, did you see Cam Newton got Covid?’ And I’m not making this about Cam Newton and the Patriots–Chiefs game, but it was crazy to me to think that there was partiality offered when the starting quarterback of one of those teams gets Covid and yet the game automatically got delayed. And I thought to myself, again partiality aside, if you had someone that was a less significant factor in that game get Covid, would the same thing happen?

“Are we simply trying to prevent an outbreak? Because obviously that player they got Covid would probably be dismissed.”

McDonald makes a fair point, and one which the league would never publicly answer. Quarterbacks, especially ones which are the cornerstone of their respective offenses, are more significant to their team than a practice squad player, but should the NFL agree with this sentiment?

Is it about keeping people healthy, or having the best product possible on television screens on game day?

“Again, it’s all about that fair playing field. And until that is established and figured out, I feel like we’re moving through this with blinders on. Obviously, we’re going to have to do that to some degree throughout this whole journey, but that doesn’t mean that we just say ‘alright, well whatever happens, happens.’

“There’s got to be some sort of foundation that we can come back to as a league that establishes fair play. And so when one team, kind of like as you mentioned with the Titans and again I’m not saying that we know all the details or whatever. But if one team’s blunder is another team’s misfortune, kind of like how Ben [Roethlisberger] mentioned—felt like we got a short in the stick.”

The Steelers have been very open about their frustration regarding the situation the Steelers faced this past week, and the daunting task of playing 13 games in a row en route to a hopeful playoff bid.

“Yeah, I feel the same way. However, at the same time, I know I play a game for a living at the end of day and so, whatever direction we end up going as the NFL, I’m going to have to accept that.

“And so I only think that it’s going to get worse. It’s going to compound. More stories are going to come out, and, unfortunately, it’s the negative ones that catch. It’s the ‘I get the point the finger at you.’

Mike Tomlin has addressed the Steelers since their first day of training camp about what this could look like in 2020, and how the Steelers can avoid being “that team” who has an outbreak which wrecks the season for the entire league.

“We just don’t want the finger pointed at us. Coach Tomlin said it well. He’s said it almost everyday in team meetings, especially this week having come from the weekend that we just had of our game being canceled, we’ve been doing this from day zero. Let’s not be those guys who are five weeks in now to the NFL season and say, ‘oh we were supposed to be doing this.’

“It’s like, no, we knew what we were supposed to be doing from day zero of training camp whenever we all reported. Let’s just do that. Let’s have respect and honor for everyone and just follow the rules. To me, that’s the only way you’re going to have fair play. And so, as soon as any of that is compromised, you’re going to have some other team on the other end of it that gets the short stick. And I feel, in my opinion, as we were that team this past weekend.”

Regardless of how the Steelers feel about what transpired leading up to, and after, the scheduled Week 4 game vs. the Tennessee Titans, they now have to turn their attention away from the Titans and to the Philadelphia Eagles.

The Eagles will pose a challenge to the Steelers in many ways this Sunday at Heinz Field, and how the Steelers come off this impromptu bye week will be extremely telling. For the latest news and notes on this situation and more, stay tuned to BTSC as your one stop shop for all things Pittsburgh Steelers.