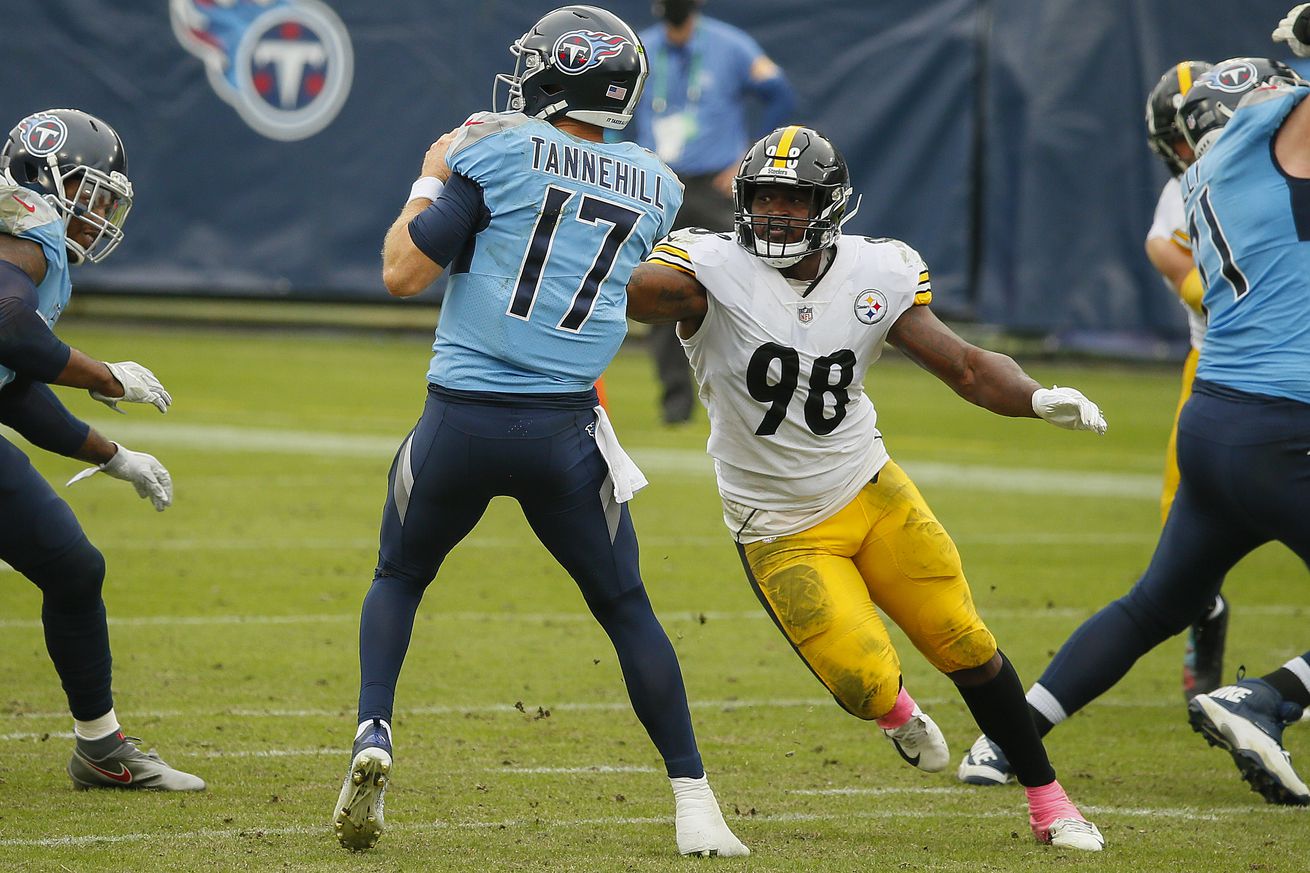 Pittsburgh Steelers LB Vince Williams is a defensive specialist in every sense of the word.

The NFL decision makers decided a few years ago that higher scoring games were more exciting, therefore drawing larger crowds and higher TV ratings, and the rules committee responded accordingly. It has never been more difficult than it is right now to play tough, hardnosed defense in the NFL. This season we have witnessed a remarkable resistance to calling offensive holding, leaving pass rushers at a distinct disadvantage. Chalk another one up for NFL offenses.

Successful offensive plays dominate the post game and nightly highlight shows, especially since the NFL has refrained from highlighting the huge defensive knockouts each week due to CTE concerns and the resulting Heads Up program. The NFL is attempting to walk the fine line between the physicality of professional football, and the need for improved player safety. Their rather successful results have been admirable thus far.

Regardless of the best laid plans of mice and men, in this case the NFL hierarchy, one statement remains true. Offense might put butts in the seats, but defense wins championships. Defensive specialists still fill a valuable role in today’s high scoring NFL. Their specialty dictates their snap counts and overall usage.

They range from run stuffers, to situational pass rushers, to pass coverage specialists. They are often referred to as two down players. Players who’s exceptional abilities in one aspect of the defense demands they see the field, but who’s weaknesses warrant them being replaced depending on down and distance. For a point of reference look no further than former Steelers great Casey Hampton, arguably the greatest nose tackle in NFL history. He was an immovable mountain of a man defending the running game, but had little impact as a pass rusher. For this reason, I don’t feel that Steelers Buck LB Vince Williams fits the universally accepted description of a defensive specialist. He is all that, and much more.

Don’t get me wrong, Williams is definitely a defensive specialist. He is a run stuffer of magnanimous proportions, as he repeatedly attacks the line of scrimmage with fearless resolve. He arrives at the ball carrier with ruthless intentions, leading all witnesses to believe “That is a bad, bad man!” His play evokes memories of a bygone era, where players like Dick Butkus and Jack Lambert patrolled the middle of the field with hostile tendencies.

Fans love to point out that players like Lambert could never play in today’s NFL due to their volatile playing style, but somehow Williams makes the most of a difficult situation. He remains ultra aggressive, all while being fundamentally sound and under control. Basically the opposite type of behavior once exhibited by former Cincinnati Bengals bad guy Vontaze Burfict.

Williams is enjoying the best season of his NFL career, and it couldn’t have come at a more opportune time. Just how good has he been this season? For starters, he was leading the league in tackles for loss prior to the Dallas game, with teammate TJ Watt close in second place.

Williams has even looked slightly improved in pass coverage this year, long considered his Achilles heel. He is far from a natural, and he never will be. He is an effective pass rusher however when given the opportunity. His coverage limitations are only glaring when he is forced into coverage on a wide receiver, something that happens far too often for my liking. Truthfully, that is true for most inside linebackers in the league.

For example, recently acquired Avery Williamson is a run thumping interior backer who, despite having superior foot speed to Williams, struggles in pass coverage also. Many Steelers fans who are hoping that Williamson can somehow fill the coverage void left behind after the loss of Devin Bush will undoubtedly be disappointed.

Robert Spillane has done a solid job in coverage due to his instincts and anticipation, in spite of his average foot speed. As I have stated previously, he plays faster than he times. If Ulysees Gilbert lll is able to contribute this season, his speed and coverage ability could prove vital against teams like the Chiefs and Ravens, health permitting.

Funny observation: ever notice you never hear anybody complaining about the size of Vince Williams contract anymore. Suddenly nobody seems to believe that he is overpaid. Actions speak louder than words, and Williams has done everything within his power to silence the peanut gallery.

Vincenzo Jerard Williams is a Pittsburgh Steeler to the very core of his being, and the Steelers are blessed to have him.