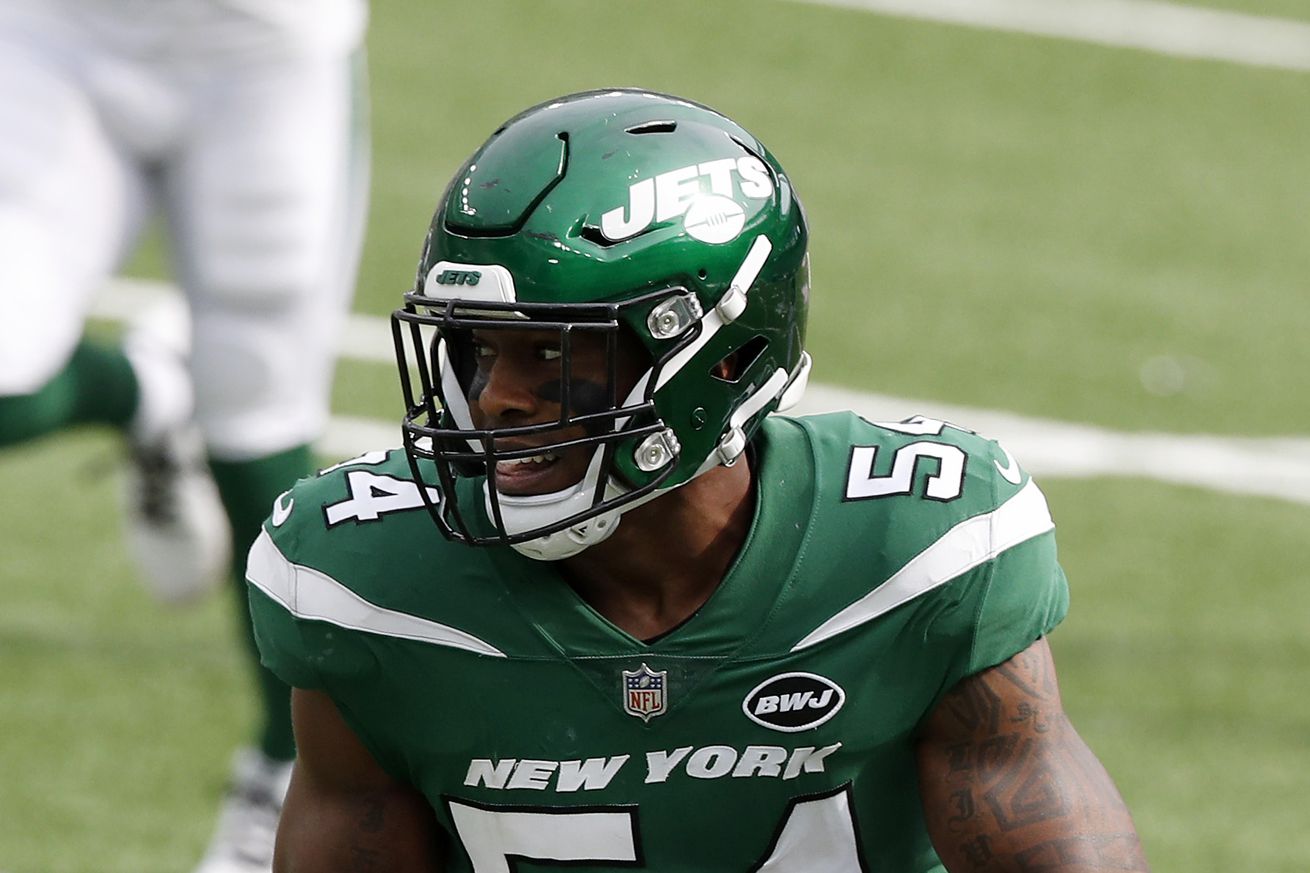 Nobody is happier to be changing jobs than Avery Williamson, who went from the 0-8 Jets to the 7-0 Steelers in a trade last week. Switching jobs and leaving a toxic work environment is something we can all relate to.

When the Steelers acquired inside linebacker Avery Williamson from the Jets just hours after improving to 7-0 last Sunday, the first person I thought of was Joe Haden.

Haden, a multi-time Pro Bowl player, was released by the Browns late in the summer of 2017 and immediately signed a deal with Pittsburgh right before the start of the regular season. Not only was Haden an absolute vital piece to the Steelers’ secondary that year, he seemed to be having the time of his life. He went from a perennial losing franchise—Cleveland lost 15 games in 2016 and was about to lose all of them in 2017—to a perennial winning franchise—the Steelers were coming off an AFC Championship Game appearance in 2016 and were about to go 13-3 in 2017.

Speaking of that 2017 season, Haden, who had never even sniffed the postseason as a member of the Browns, was so excited after Pittsburgh clinched the AFC North title that December, he slept in the official championship t-shirt.

How awesome was that? Something you could relate to, right? I know I could, and I can certainly relate to the relief Williamson must be feeling right now as he waits to clear the Steelers COVID protocol and join his new team.

We’ve all been in a horrible job situation. You go to work every morning dreading the next eight hours, excuse me, 12 hours. You’re just miserable all throughout the day and do nothing but count the hours until it’s time to go home. You don’t see a future at your company. You perhaps can’t stand your boss. Just how bad is your job? So bad, you often find yourself dreading going into work on Monday…while you’re driving home on Friday.

Maybe you can’t exactly relate to Williamson’s profession. For one thing, there’s the money. For another thing, it’s something you’d probably do for free. Yeah, but in Williamson’s world, football is his livelihood, and nobody is happy when they’re mired in occupational dysfunction.

The Jets’ are certainly dysfunctional. They’re 0-8; they haven’t been all-that competitive during most of their games; their coach is Adam Gase; and they appear to be tanking it for Trevor Lawrence.

Talk about your toxic work environment.

Judging by his Twitter activity shortly after the trade was announced—he Tweeted “Steel City,” “God is good” and “Should I try a Primanti sandwich?”—Williamson, who is expected to add speed to an inside linebacker position that lost a lot of it when Devin Bush suffered a season-ending ACL tear, may have sprinted from New York to Pittsburgh.

I realize he’s not old enough to remember this movie, but he probably felt like Rodney Dangerfield after he divorced his wife at the beginning of Back to School: “I feel like I just got paroled!”

I can’t speak to whether Williamson will ultimately supplant Robert Spillane at the top of the depth chart, but I do know his addition to the team will fortify the inside linebacker position, which was something the Steelers desperately needed to do after the loss of Bush.

I also know Williamson will give it everything he’s got to help take the Steelers to where they want to go in 2020. They say a change of scenery often helps a player’s career. As cliched as it may be to say, Williamson has gone from the outhouse to the penthouse in a football sense.

I believe Avery Williamson will be whistling while he works to help the Steelers win a title in 2020.