News broke during Sunday Night Football that the Steelers were indeed making an in-season trade after all.

Depth was uncomfortably thin at inside linebacker after Pittsburgh lost Devin Bush for the year. While Robert Spillane been playing lights-out, the Steelers needed to solidify their linebacker corps.

They did so by bringing in veteran Avery Williamson via a trade with the New York Jets. Pittsburgh sent their fifth-round 2022 pick in exchange for the linebacker and New York’s 2022 seventh round.

Selected in the fifth round of the 2014 NFL draft by the Tennessee Titans, Williamson signed with the Jets in free agency in 2018. He enjoyed a team-high 120 tackles that season but tore his ACL during the preseason last year and underwent season-ending surgery.

Williamson, 28, has appeared in seven games (six starts) this year and recorded 59 tackles, three pass breakups and an interception.

Being signed by the Steelers reunites him with outside linebacker Bud Dupree, who was his teammate at Kentucky. Williamson recorded 296 tackles (10 for loss), four sacks and two interceptions with the Wildcats.

“At the early stages of his career, he played in Tennessee in a system of defense that was very similar to ours, not only in terms of how it was constructed but also the language itself,” Steelers head coach Mike Tomlin said in his weekly press conference. “He’s a guy who fortifies depth in an area in which we’ve been challenged recently.”

“With as much ball as we have that lies ahead, it was a prudent thing to do, and we’re excited about having him.”

In his seven-year career, Williamson has 546 tackles (26 for loss) and 14.5 sacks. He also has four interceptions, five forced fumbles, three fumble recoveries and 17 pass defenses.

Ulysees Gilbert, who everyone was hoping would contribute this season, has not been able to stay healthy. He injured his back in college and it’s been an on-and-off issue ever since. On Wednesday, Gilbert was placed on injured reserve for the second time in as many seasons.

Expect the division of labor to be between Spillane, Williamson and safety-turned-linebacker Marcus Allen. 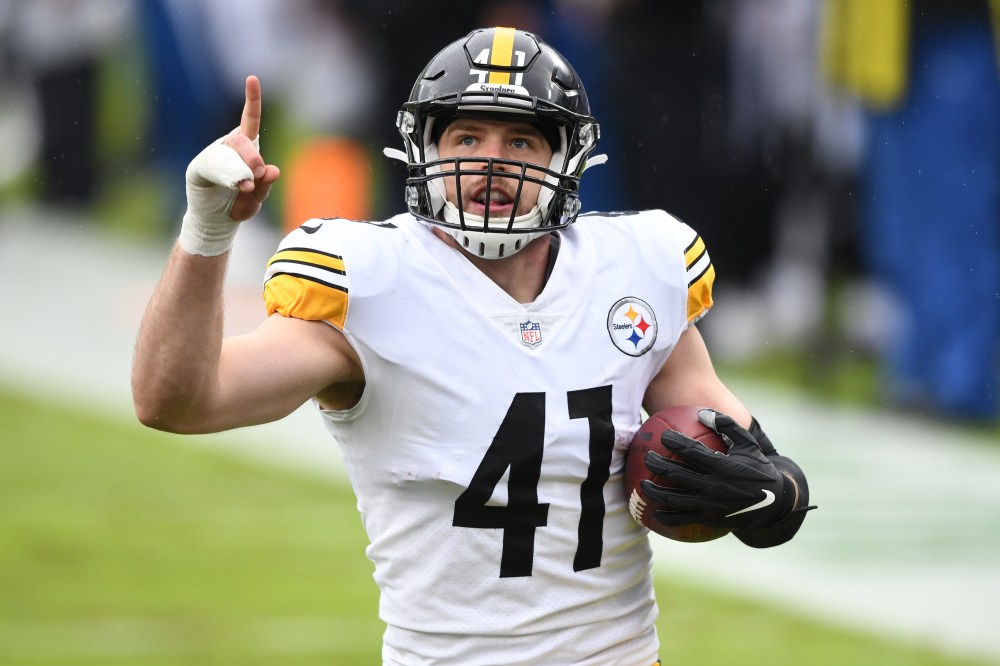