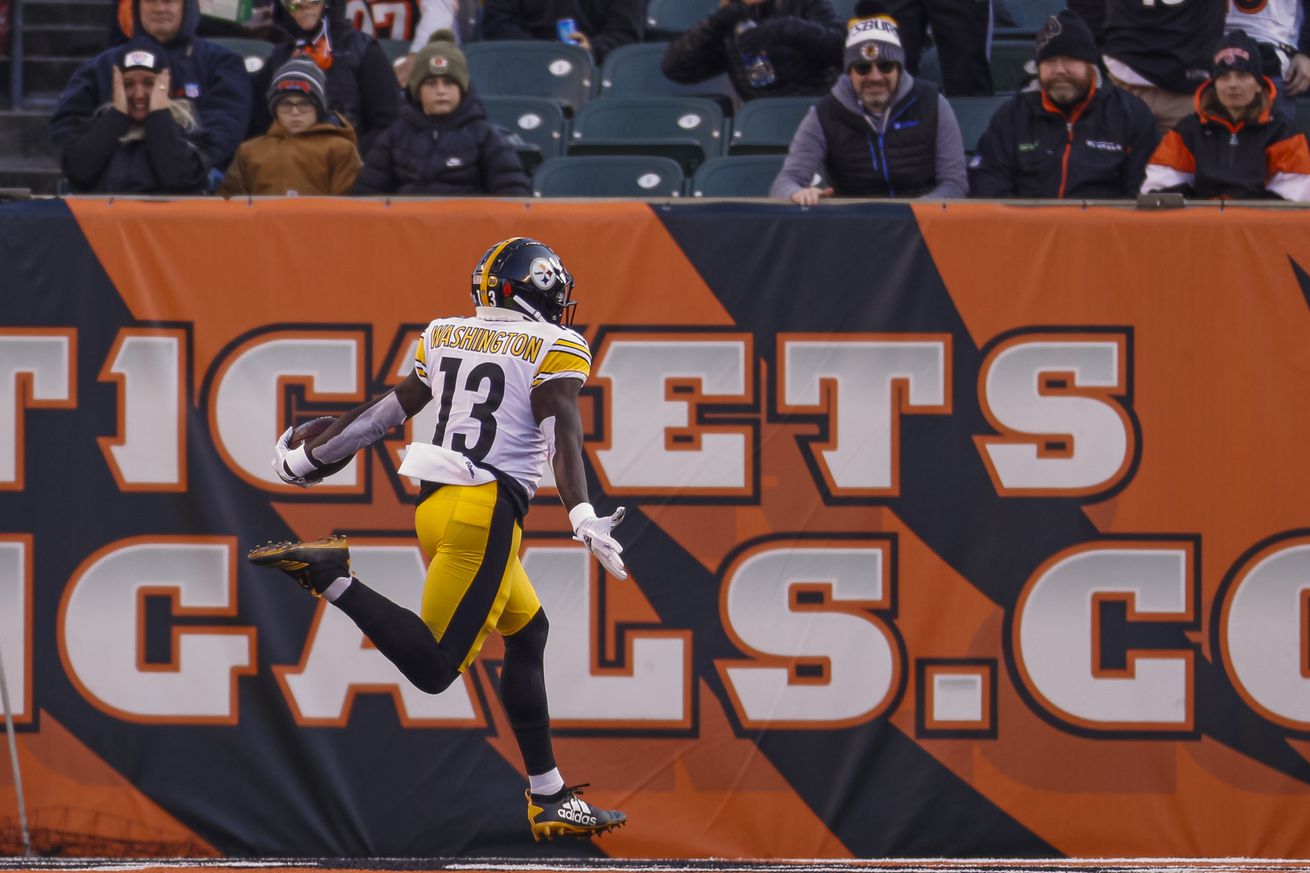 The staff at BTSC share their thoughts and predict the outcome of the Steelers return home against the Bengals.

The 8-0 Steelers played three teams with a winning record between Weeks 6 through 8 of the NFL season. In Week 9, they faced a lesser opponent in the form of the Dallas Cowboys And struggled immensely. The Bengals are improving, but have they improved enough to beat a Steelers team that were pushed to the brink of losing the past two weeks, The contributors at BTSC have recorded their thoughts and predictions. Let’s see who’s closest to the mark and furthest from reality. Last time, Matt Peverell came closest to the mark by forecasting a 29-24 Steelers win. Who will it be with bragging rights this week?

This game comes down to how the Bengals can protect Joe Burrow. He has been killed for most of the season, and the Steelers pass rush is the leagues most dominant. There is a chance the Bengals offense doesn’t even find the end zone once. Offensively I expect a spark in the running game with the Derek Watt projecting to be healthy come Sunday. The Steelers rushing attack is so much better with a competent fullback on the field.

Joe Burrow is good, but his team is a mess, especially on defense. The Steelers reverse the trend of slow starts, jump out to a lead, pressure Burrow and force turnovers. It’s ugly early, and it stays that way.

Mike Tomlin got it right when he stated that the Steelers are going to get teams’ “bests”. The Bengals got it right when they drafted Joe Burrow and their “bests” are yet to come with a very promising future. The Steelers weren’t able to give their best last week. They will this week and the Bengals will too. I think the black-and-gold’s “bests” will be better than the Bengals can boast.

We are about seven weeks away from the holidays and Christmas has come early for Steelers fans. This is the first time in history our Pittsburgh Steelers are 8-0. There is absolutely no reason why this record can not be extended. Joe Burrow and the Cincinnati Bengals are coming to town for his first test against the Steelers. I am excited to see Joe playing against an elite defense. The Steelers defense has shown it can scrap with anyone. So with that being said, let’s not treat this team lightly. The Steelers need to make Burrow uncomfortable and force turnovers to secure a victory.

Joe Burrow looks like the real deal. The Bengals look to be improving as the season goes along. Will it be enough? I don’t think so. I look for a competitive game early, but I think the Steelers will pull away in the second half. The Steelers are playing at home for the first time in a month, and I think this will go a long way in fixing what has ailed them over the past few weeks, both offensively and defensively.

The Pittsburgh Steelers are 8-0, but are far from perfect. Ryan Clark famously said the best team in the league is whoever plays the Steelers after they play the Baltimore Ravens. That sounded good to me, so I’ll run with that. I see the Dallas game as a blip on the radar, and the Steelers bounce back in a big way this Sunday at home. My prediction might seem like the Pittsburgh defense gave up some points, but those would be garbage time points for Joe Burrow and the boys.

The Cincinnati Bengals are becoming an incredibly different team to what Steelers fans may know or expect, with offense ruling the day, led by #1 pick Joe Burrow and featuring receivers like Tee Higgins, A.J. Green, Tyler Boyd, Drew Sample and C.J. Uzomah. Throw in Joe Mixon and Giovanni Bernard, and there’s a fair bit of fire power on offense. Take away Carlos Dunlap, a different role for Geno Atkins, plus other personnel changes and you get a total of 8 INTs and 11 Sacks for the season for the Bungals. What does this mean for our undefeated Steelers? A great chance to go to 9-0 if the offense plays better than last week, and our defense makes Joe’s Heinz Field debut one to forget with several sacks and a few INTs.

These are not Andy Dalton’s Bengals, they are Joe Burrow’s Bengals. The common denominator there is that they are still the Bengals, and although they are much improved in some ways, they are not yet close to being on the same level as the Steelers in the AFC North. The Steelers will win as long as they avoid a lot of mistakes. The defense has a couple of takeaways, the offensive line keeps Ben’s jersey clean sending the Bengals home losers as the Steelers improve to 9-0! Cue the Cryin’ Bangles Lady.

I’m really impressed with Joe Burrow and I think Cincy has improved significantly after Burrow was sacked seven times in a 27-3 beat-down by the Ravens in week five. I suspect they will move the ball some and score a few points. I do not, however, think they will be as formidable on the other side of the ball. I’m looking for Ben Roethlisberger and the offense to have a big day as the Steelers get to 9-0.

The Steelers are yet again facing a rested division opponent come off their scheduled bye week. Ben Roethlisberger got to rest his sore knees during quarantine, although he admitted they weren’t an issue during his time off. Hopefully OC Randy Fichtner and company used the week to work on the running game. The Steelers superior pass rush, plus the return of Tyson Alualu, should prove to be too much for Joe Burrows and company to handle.

I may be a Bengals’ fan, but I am a realist. Cincinnati may be coming off a bye, and Pittsburgh looked beatable last week, but if anything that woke up the Steelers’ locker room not to overlook this week’s game. It will be really fun to watch Burrow and Roethlisberger duel, but one of them has a much better defense backing him up. I think Cincinnati’s offensive line has slightly improved through scheme and play calling, but this pass rush is going to be too much for a team heading into Pittsburgh. I do think the Bengals have a serious shot of upsetting this Steelers team, but that won’t happen until they meet in Cincinnati.