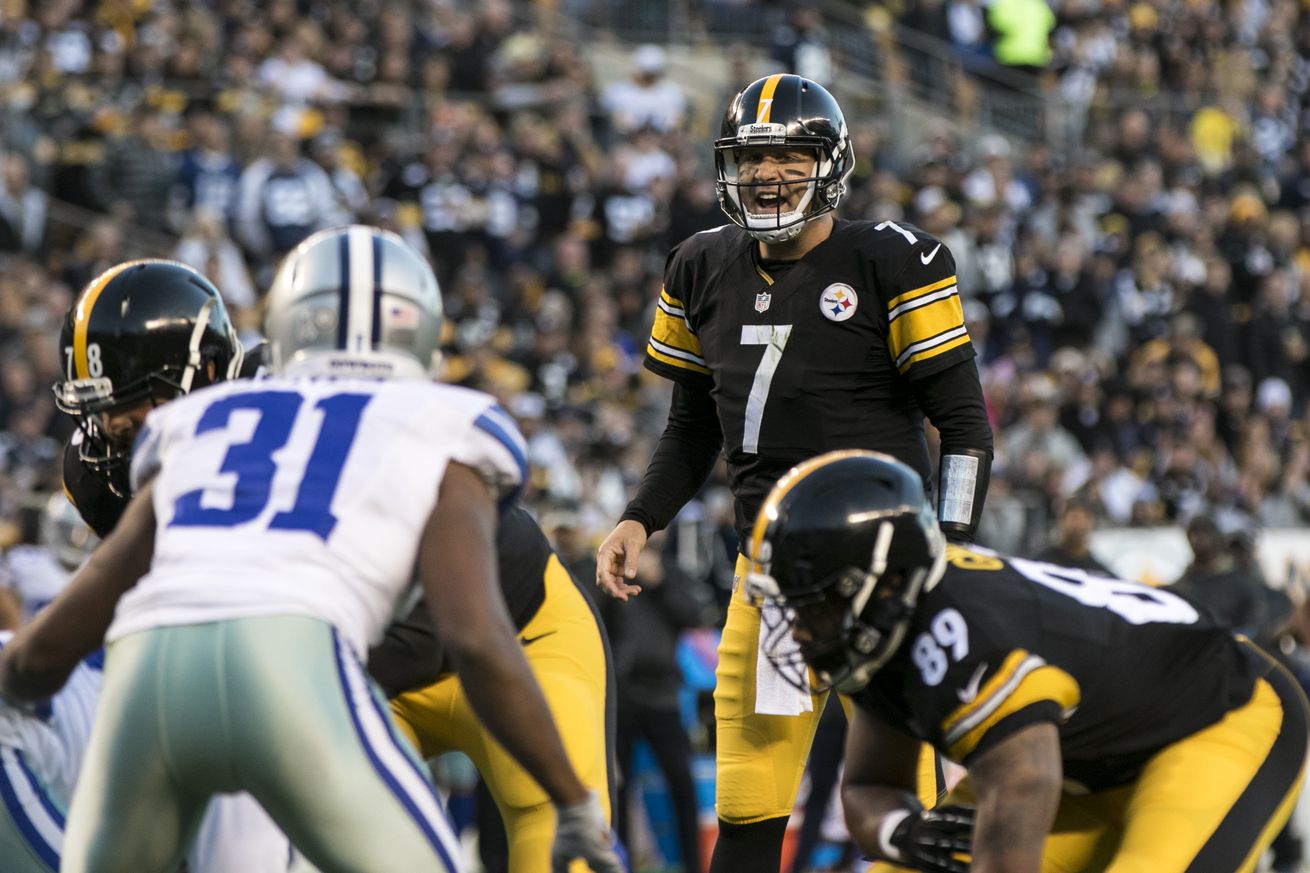 The staff at BTSC share their thoughts and predict the outcome of the Steelers road show against the 2-6 Cowboys.

The 7-0 Steelers have just come off a stretch of playing tough teams for three straight weeks. In Week 9, they face a possible letdown against a lesser opponent in the form of the Dallas Cowboys. The contributors at BTSC have recorded their thoughts and predictions. Let’s see who’s closest to the mark and furthest from reality. Last time, Matt Peverell came closest to the mark by forecasting a 29-24 Steelers win. Who will it be with bragging rights this week?

For whatever reason most Steelers fans won’t feel comfortable going head to head with a severely outmatched Dallas Cowboy team. And rightfully so as the Steelers typically struggle as: 10+ point road favorites, coming off of road games in Baltimore, and in Dallas. This game however, the deck just feels so stacked in the Steelers favor I would be foolish not to pick them to win.

I could see this game being closer that it should, and competitive in the kind of way that sows doubts in the mind of Steeler fans and emboldens the Steeler haters. I really won’t be surprised if it goes that route. But I don’t think that it does. The defense is going to go hunting for big plays and find them, and the Steelers run game is going to dominate the game.

The Cowboys suffered the somewhat of a similar fate as the Steelers last season by losing their franchise quarterback early on. But unlike the eventual 8-8 Steelers, the Cowboys could not re over and compete without Dak Prescott. The Steelers have a ferocious pass rush and the Cowboys are on their fourth quarterback playing behind a dilapidated offensive line. Their are some bright spots in Dallas, but the Steelers are mercenaries on a mission.

How bout them Stillers as the Steeler are the league leading best team with a 7-0 record. A huge win against the Baltimore Ravens has the Steelers in full control of the AFC and AFC North. Each and every week this Steelers team is showing up and playing team football. This week versus the Dallas Cowboys I do not see any difference. The Steelers are ready to take care of business and improve to 8-0. While at the same time you have to feel for the Cowboys a little but not a lot. The Steelers were in the same position last year with Ben Roethisbergers’s season ending injury. I’m more than convinced if Terrell Owens was still signed to America’s team his post game speech a few years back would be different. TO wouldn’t be saying “That’s my quarterback” with passion. Owens would be saying “ Who is my Quarterback” with confusion. The Steelers will win and win in good fashion.

Everyone’s mildly worried about a trap game, but if the Steelers lose to Cooper Rush or Gilbert Gottfried (that’s right, I named the comedian instead of what’s his name), head coach Mike Tomlin deserves every last second of ridicule he will receive. But they won’t lose to those guys. The Steelers are focused in 2020. Think about their last trip to Texas, when they destroyed the Deshaun Watson-less Texans on Christmas Day. Mason Rudolph even throws a touchdown pass.

Steelers are 7-0 with a chance to rewrite the history books this week against the Cowboys, who funnily enough, or poetically enough, they beat in the Super Bowl in 1979 – the same season the Steelers were last 7-0. Steelers will win by 40+ only if they score a defensive touchdown or two, otherwise I tip this one to be in the 30s. Cowboys have concerns beyond the quarterback (regardless of whether it’s Cooper Rush or Garrett Gilbert), Ezekiel Elliot might have broken 500 yards but he’s yet to have a long rush over 25 yards, not good enough for the NFL’s highest paid RB – but not our problem as were Steelers fans. Watch Ebron catch his most yards in a game for this season, Benny Snell Jr. to come up big late in the game, Tuitt to continue wrecking the offensive line and it’s time for Heyward to have a breakout game.

What a difference a couple of months make. What was once looked at as a tough road game for the Steelers now feels like it lost a lot of the typical Steelers vs Cowboys hype. Now people are asking if this is a trap game. No hype, no trap, just a regular NFL game where the Steelers look efficient on offense, dominant on defense and walk away 8-0.

I have a general rule about picking the Steelers to cover in a game where they are favored by more than a touchdown. With the focus being on winning and not covering the spread, the Steelers do things like take a knee inside the 10 yard line much like in Week 2. But this time, the Steelers are facing a Cowboys team who haven’t scored a touchdown in two games and are now starting their fourth quarterback this season. I just don’t see Dallas being able to put up points against the Steelers’ defense.

I’m not sure who Dallas is playing at quarterback this week. It could be Ben DiNucci. It could be Cooper Rush. It could be Geddy Lee from the band Rush. Or Bradley Cooper. I don’t think it will matter. The Steelers, despite the “trap game” and “playing down to a lesser opponent” narratives that will inevitably surface this week, are just too good to lose to a Dallas team that has been decimated by injuries to some of their best players (Dak Prescott, Tyron Smith). After three big wins over Cleveland, Tennessee and Baltimore, I can see the Steelers struggling at times or playing a bit sloppy. But I can’t see them losing. The 2018 team? Absolutely. This one feels too good, good focused and too well-coached.

The dynamics of this game reminds me of the season opener on the road against the New York Giants. Another NFC East opponent with a star running back and a inexperienced QB behind center, regardless of who that may be. I expect a similar defensive approach to be utilized this game. This year’s edition of the Dallas Cowboys lacks physicality and leadership. Unnamed players have been critical of the coaches, and team morale is low. The Cowboys don’t have the intestinal fortitude to fight at this point, so it’s up to the Steelers to deliver the knockout blow early and often.

Really, this should be a no contest. It’s just impossible to see how the Cowboys, in their current incarnation, can compete with the Steelers. The defense is not good and hasn’t been all year, and the offense was once good but has suffered too many injuries. Dak Prescott was papering over a lot of flaws on this team. So basically it should be a rout.