As the Steelers fly out of Pittsburgh to Buffalo today, we’re reminded that Sunday marks the seventh consecutive season of road games to open the season.

There’s a mixed bag of results in the previous six seasons. The Steelers are 3-2-1 dating back to 2015, with two losses to the Tom Brady-led Patriots and a frustrating tie to the Cleveland Browns.

Until Pittsburgh defeated the Giants 26-16 last season, the team’s last opening road win was versus… you guessed it, the Browns, in 2017.

Maybe when the 2022 Pittsburgh Steelers schedule is released, the team will actually get to open the season from the comfy confines of Heinz Field.

Here’s to making their record of recent road season openers 4-2-1 after tomorrow. 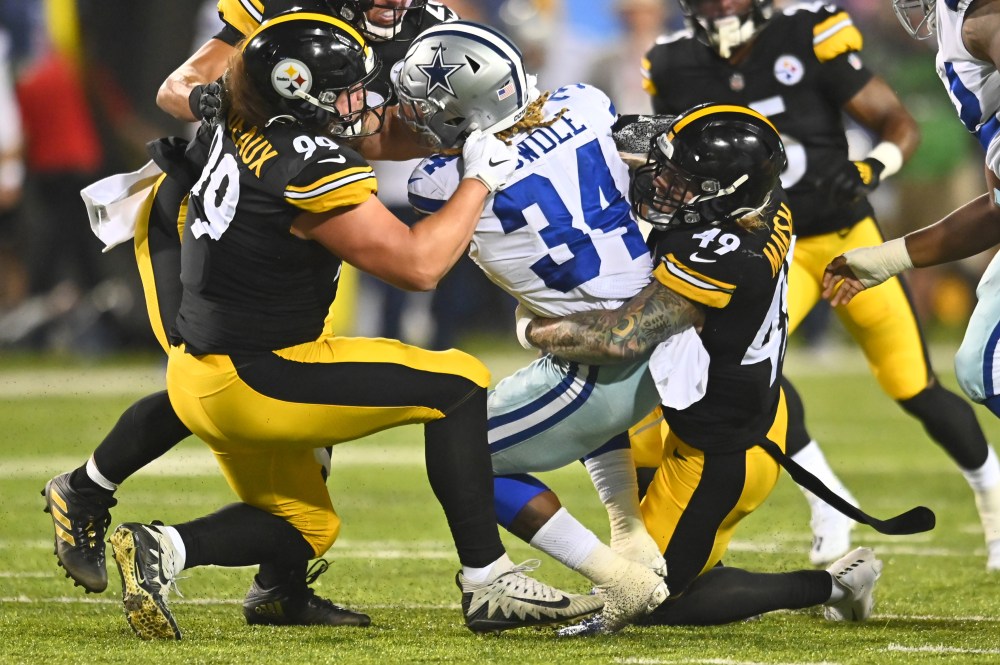 Steelers check in at No. 16 in Touchdown Wire NFL power rankings