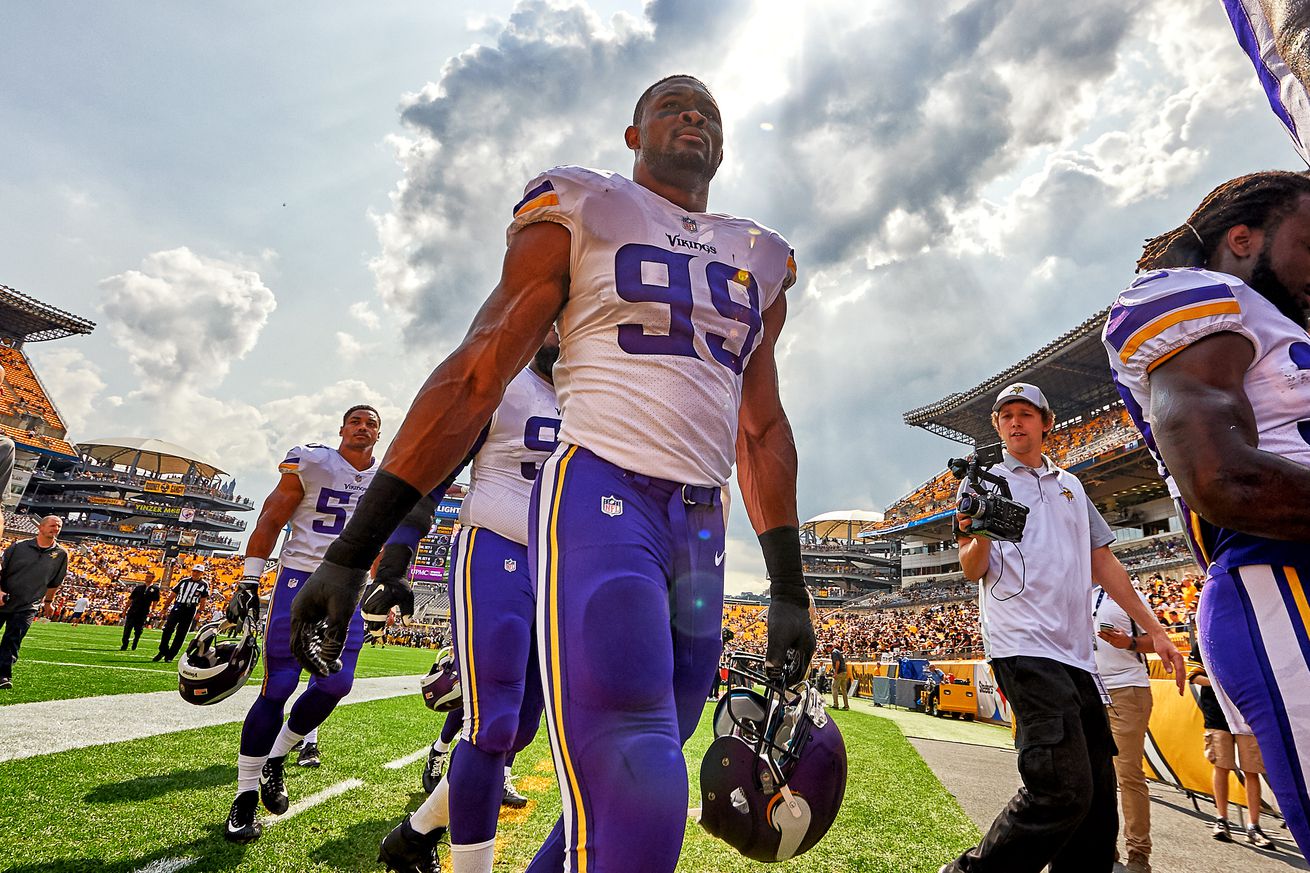 Would the Steelers be better or worse if they drafted the players selected just one spot after the player they chose?

The Pittsburgh Steelers have been one of the best drafting teams in the NFL throughout general manager Kevin Colbert’s tenure. But have the Steelers ever dodged a bullet by avoiding a massive bust by one pick, or have they ever missed out on a All-Pro type player the past five years? Today we’ll look back at the Steelers last five draft classes (whom have already played in a season, sorry 2020 class) and the players immediately taken just one spot after them.

Ouch, this class just hurts to look at. While the Steelers definitely nailed their first round pick, the quartet of Havenstein, Hunter, Smith, and Diggs are all impact players that have had fruitful NFL careers. While the Steelers selections of Golson, Coates, and Grant fizzled out or never actually appeared an NFL game.

The Steelers absolutely nailed the 2017 draft. The group features three Pro Bowl players, and one of the best defenders in the game, T.J. Watt. The only thing that could have made this draft any better would have been if the Steelers scooped up George Kittle instead of Josh Dobbs, but they still crushed this year nonetheless.

The Steelers did okay in 2018 as they pretty much drafted in front of the Jaguars the entire distance of the draft whom, themselves, had a terrible draft. Oddly enough, the two punters drafted behind the Steelers are two of the best punters in football and to this point have been more valuable than either Marcus Allen or Josh Frazier.

So far the top of the Steelers 2019 draft has been so good it is unquestioned that the Steelers out drafted the teams behind them. As we progress through the 2020 season we should see how the tail end of the 2019 draft class has developed and we can then pick a definitive winner. For right now the talents of Bush, and Johnson alone power this draft class.

Outside of 2016, the Pittsburgh Steelers have done a great job of selecting a better player than that of the one draft immediately proceeding them. One thing that I found interesting when compiling this list is the frequency the Steelers picked immediately in front of the Seahawks these five seasons was at a very high rate. As long as the Steelers can continue to draft the best available players when it’s their turn to pick, this team’s championship window will remain open for a long time.