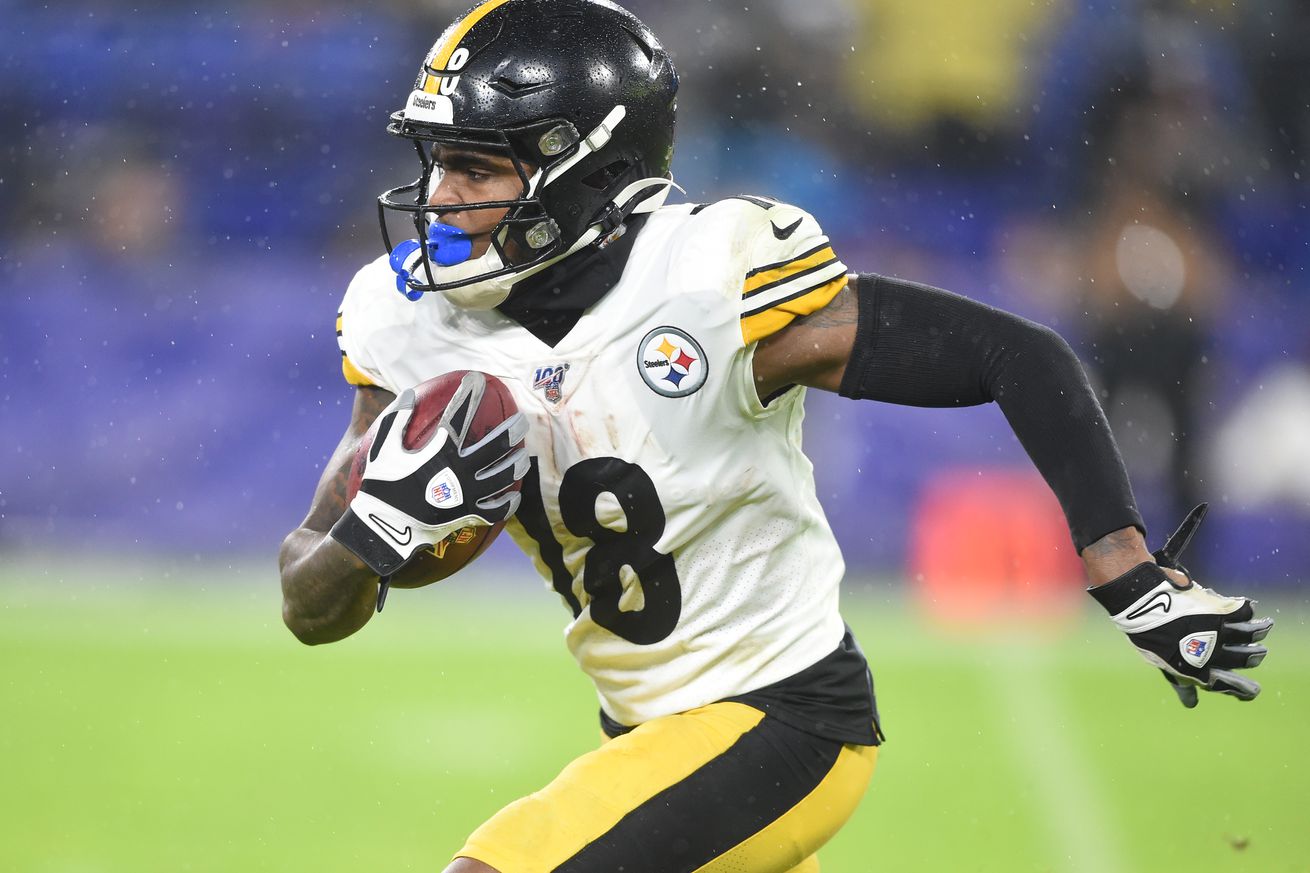 All the signs point to a big day for somebody.

On our BTSC radio show Know your Enemy this week, Michael Beck and I hosted Joe DeLeone from Big Blue View, the SBnation site for the New York Giants. One detail from that show really stuck with me. When asked if Diontae Johnson could have a big game DeLeone answered that it is very possible, because the Giants have two cornerbacks in James Bradbury and newcomer Logan Ryan that are experienced and effective. Behind that? The Giants depth chart has Corey Ballentine as a starting cornerback.

In 2019 Ballentine was 5th among Giants cornerbacks in defensive snaps, and 8th among all Giants defensive backs. Sports info Solutions shows Ballentine was in coverage for 171 snaps in 2019, was targeted 35 times for 351 yards and 4 touchdowns, with one pass defended. That’s just over 2 yards per coverage snap allowed. Mike HIlton led the 2019 Steelers with 1.16 yards per cover snap, Artie Burns worst season was 1.38 yards per cover snap. Ballentine is going to be on the field for the Giants because the team lost Deandre Baker and Julian Love is being forced to play free safety due to the injury to rookie Xavier McKinney. New cornerback Logan Ryan is listed as the backup free safety on the team’s depth chart, but he is likely to be the primary slot defender, and I assume he will start opposite James Bradbury, if not. . . ouch.

When the Steelers put 3 wide receivers on the field, one of them is going to be facing Corey Ballentine, and Ballentine is going to be supported by a second year cornerback turned free safety. The Giants are being forced to play that against Ben Roethlisberger and a deep receiving corps. Roethlisberger is fantastic at manipulating safeties, moving them with his eyes, as well as shoulder and pump fakes. He beats great safeties that way, and the Giants have a young cornerback playing safety out of necessity.

The big question is, which receiver is going to benefit the most?

Diontae Johnson was the player named in our show, and Diontae Johnson could very well be the player who benefits the most, Ben Roethlisberger hasn’t thrown to Diontae Johnson much at all in actual games, and that matters with Roethlisberger, but if Johnson has a favorable matchup and is getting separation, it could be a great time to build that chemistry with a flurry of targets to force the Giants defense to over-defend the weak side of the offense, where Johnson likely will be lining up.

The key is where James Bradbury lines up. If the Giants play him on the defensive left, where he played the most in Carolina, then he’ll face the side of the field the Steelers use Smith-Schuster the most, and in three wide receiver sets, that would put him outside Logan Ryan, defending the position where we are most likely to see Chase Claypool. As Joe DeLeone pointed out in our show, Bradbury is the Giants best counter to Chase Claypool, as he is used to playing against Mike Evans, Julio Jones and Michael Thomas from his 4 seasons in the NFC South, he won’t be facing anything he hasn’t seen before in that situation.

The Stelers depth chart lists James Washington as Diontae Johnson’s backup, but he is the most veteran WR outside of JuJu Smith Schuster, and is likely to e on the field before Claypool. James Washington isn’t a player that gains a lot of separation, and that hurts his production with Ben Roethlisberger at quarterback, but if Washington gets a matchup with the Giants worst corner, look for slants and 1v1 balls to be headed his way. We all remember what Washington did to Cleveland and Denzel Ward in those situations with Devlin Hodges at quarterback, the situation would be much more favorable for James Washington this time.

I am leaning toward Chase Claypool over James Washington having the bigger impact here. The Steelers like Diontae Johnson is space, and James Washington has only really produced when JuJu Smith-Schuster is hurt. With the Giants free safety situation, I expect the Steelers to test their cornerbacks deep, and Chase Claypool is a more dynamic deep threat than James Washington. I expect Ben Roethlisberger to take a few deep shots to Claypool, and I think Claypool catches more than one of them. I’m thinking 80+ yards and a touchdown is feasible. If he catches an early one, expect more to follow. Roethlisberger loves tall fast receivers, I mean, he targeted Donte Moncrief 10 times in week 1 of 2019, without any real return on investment. If the Steelers are able to get Chase Claypool covered by Corey Ballentine, expect to see them to feed the young man.

I know Claypool has been getting a lot of hype on this site, but Randy Fichtner recently stated that Claypool will be getting snaps early in the season, and Dejan Kovacevic kept just inside the lines (link may be pay-walled) of what they are allowed to talk about from practice Monday to let fans know that the rookie receiver was making impressive plays with Ben Roethlisberger in the Steelers first practice focusing on the week 1 gameplan, and looks like an impact player

What do you think, Steeler fans?