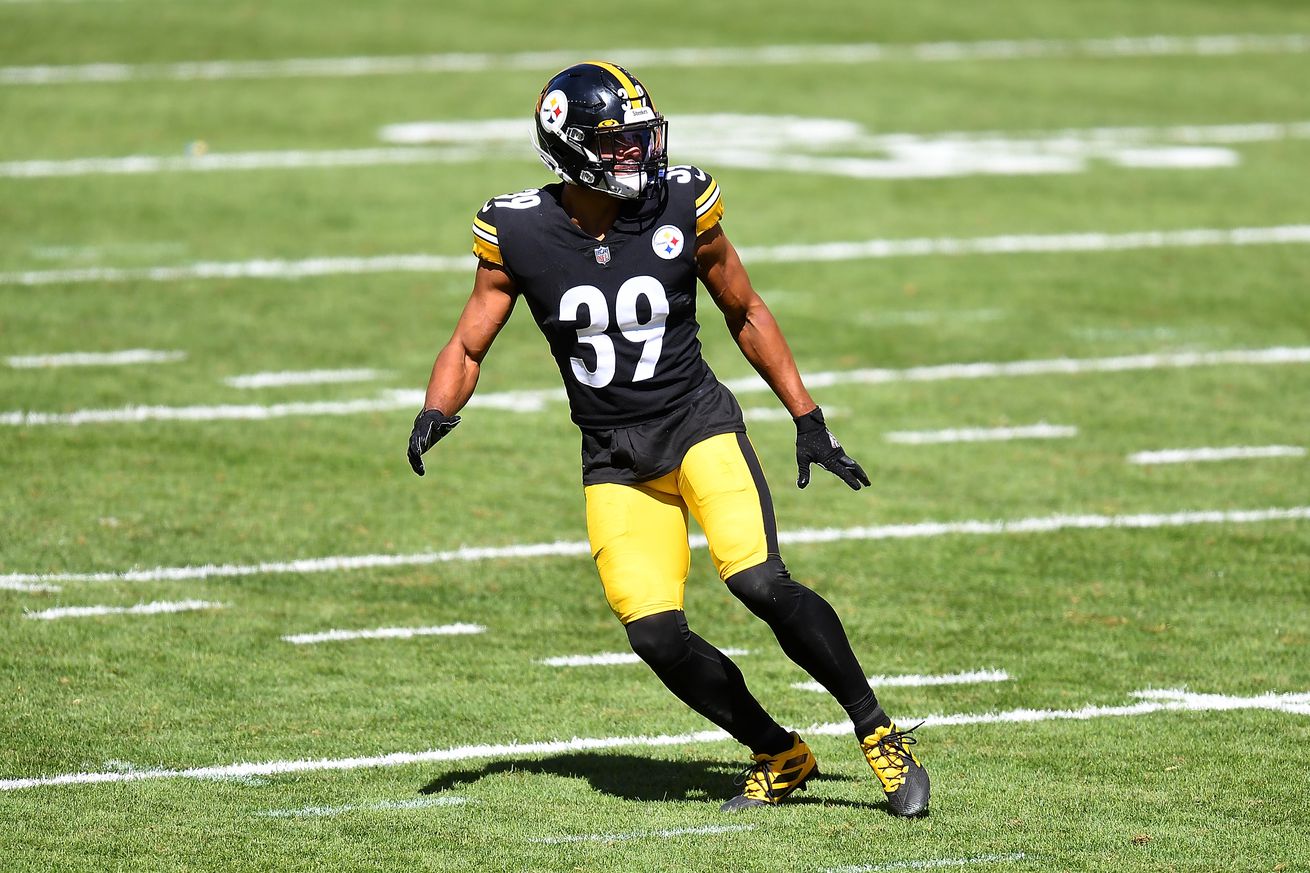 Who is the X-Factor for the Steelers in their Week 9 game vs. the Cowboys?

The Pittsburgh Steelers are preparing for the Cincinnati Bengals in Week 10. It is the Steelers’ first home game after three straight road games, and hopefully their nineth win of the 2020 regular season.

When looking at the matchup between AFC North foes, there are players who can be viewed as ‘X-Factors’.

As a clear-cut example of what an ‘X-Factor’ player would look like, think Troy Polamalu. Polamalu’s skill set made him a force to be reckoned with on every play. So, who are the ‘X-Factors’ for the Steelers Week 10 game vs. Cincinnati?

Why: The Pittsburgh Steelers defense might not be taking the ball away at the clip they did in 2019 when they led the NFL in takeaways, but they are certainly getting their hands on the football.

As the defense faces impressive rookie Joe Burrow for the first time in 2020, you would hope they would be able to fool the young quarterback into some risky decisions. In doing so, adding to their 11 interceptions on the season.

When I think about the Steelers facing a rookie quarterback, I have always looked to the players who play the game almost above the neck as they rely on their speed and athleticism. Troy Polamalu was like this, and so is Minkah Fitzpatrick. When Burrow gets in obvious passing downs, I expect Fitzpatrick’s ridiculous film study to take over and produce some of these…

Has four interceptions, six pass deflections and a forced fumble in his first five-and-a-half games with the Steelers.
pic.twitter.com/cMACdxPkZL

Minkah Fitzpatrick with his 2nd interception of the game pic.twitter.com/iwgaH7tgDk

Minkah Fitzpatrick’s interception on Garrett Gilbert in the end zone. Cameron Heyward with the pressure on the play. #Steelerspic.twitter.com/pMesL8ZcLG

In the last few games for the Steelers you have seen more of the Minkah Fitzpatrick fans got used to seeing in 2019, and if he can continue that this Steelers defense won’t just be dominant up front, but dominant from top to bottom.

Why: Why? I’ll tell you why. Because he’s Ben freakin’ Roethlisberger!

I was tempted to leave it at that explanation, but I should say something a little bit more so I feel like I’ve done justice to the Steelers future Hall of Fame quarterback. With Roethlisberger not practicing all week due to being on the Reserve/COVID-19 List, it will ultimately be up to the Steelers signal caller to implement a game plan in a week in which he got no live snaps. Being a player with 226 regular-season NFL games under his belt, Roethlisberger is more than capable of directing the Steelers offense at Heinz Field on Sunday. With Cincinnati’s much improved ‘O’ but a severely lacking defense, it will be up to the Steelers offense to make sure they are victorious. And who is going to direct that offense?

Why: Burrow is really too obvious of an answer, but it is an aspect of his game that needs to be successful that really holds the key to this game. He and this offense need to make sure they finish their sustained drives with touchdowns and not field goals. It is too easy to look back at their losses and see how often they settled for field goals that either allowed other teams back into the game or didn’t give them a real chance at coming back.

Burrow isn’t the only guy responsible here, but if the Bengals are going to pull off the upset, he and this offense will need to get touchdowns pretty much every time they get in scoring range. We can even look back at last week for the Steelers. The Cowboys did just about everything right. The only problem is they settled for field goal after field goal, which left the door open for a few drives that changed the game. Burrow has to put the team on his back in those situations to keep up with Roethlisberger and the Pittsburgh offense.

Who would be your X-Factor for the Week 10 game at Heinz Field? Let us know your thoughts in the comment section below!