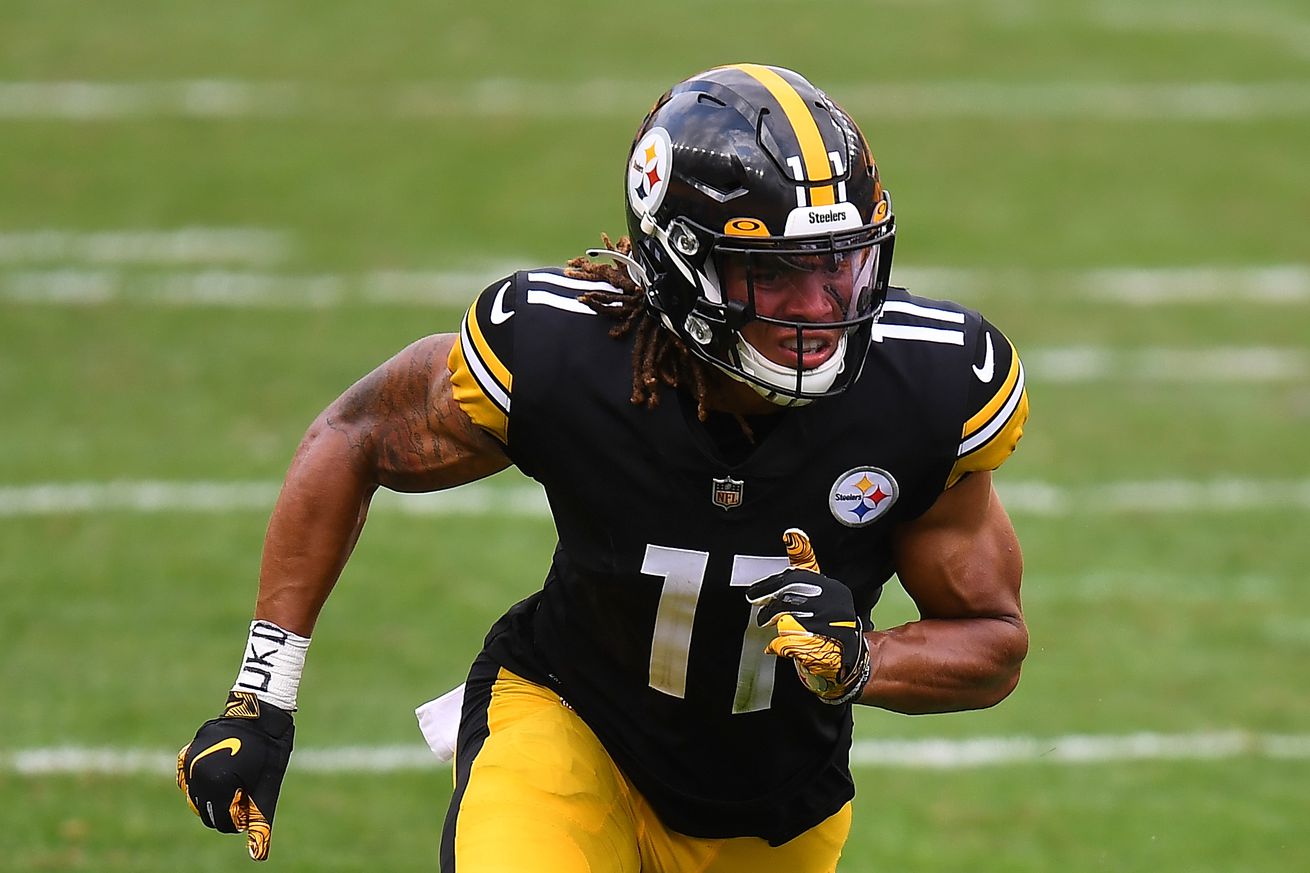 Who is the X-Factor for the Steelers in their Week 5 game vs. the Eagles?

The Pittsburgh Steelers are preparing for the Houston Texans in Week 3. It is the Steelers’ second home game of the season, and hopefully their third win of the 2020 regular season.

When looking at the matchup between AFC and NFC foes, there are players who can be viewed as ‘X-Factors’.

As a clear-cut example of what an ‘X-Factor’ player would look like, think Troy Polamalu. Polamalu’s skill set made him a force to be reckoned with on every play. So, who are the ‘X-Factors’ for the Steelers Week 5 game vs. Philadelphia?

Why: The Steelers’ talented rookie receiver has had his moments since the start of the 2020 regular season. Whether it was his big catch in Week 1 vs. the Giants, or this 84 yard catch and run vs. the Broncos in Week 2, Claypool is begging for a bigger role within the Steelers offense. When opposing defenses will be focusing on the likes of JuJu Smith-Schuster, Diontae Johnson and Eric Ebron, Claypool should draw a one-on-one matchup.

With his size, speed and athleticism he should be able to exploit this and make an impact in the game.

In case you forgot what he can do with single coverage:

It is time for Claypool to not just become a focal point of the offense, but a play maker. He has proven he can do so when given a chance. If the Eagles want to sell out to stop Smith-Schuster and company, it should leave Claypool open for big plays.

Why: It is very important for the Steelers pass rush to get to Carson Wentz in Week 5, but it is just as important to make sure he’s contained within the pocket. To keep Wentz from rolling to his right, the biggest responsibility will fall on T.J. Watt to keep him in the pocket.

If Watt keeps Wentz from escaping, he might not even have to be the guy getting home as the rest of the Steelers pass rush should be able to close in from all sides. But the most important place will come on the Steelers left edge. Therefore, having the Steelers’ best defender there should be a big advantage and hopefully Watt’s knee will not give any issues throughout the game. If the Steelers can keep Wentz from getting rolling, it could be a long day for the Eagles’ offense.

Why: It’s a chalk pick but I have to say Wentz. He’s just been playing so poorly this season. He ranks even worse than Dwayne Haskins — who was just benched for Kyle Allen — in a number of key categories.

We saw Wentz have his best (read: least worse) game of the season in Week 4. He did a nice job of using his legs to pick up yardage and even a touchdown. That’s all well and good because he’s going to need to make more plays with his arm. His 42-yard touchdown strike to Travis Fulgham (I know. Who?) was a thing of beauty. See for yourselves:

Check out when Wentz threw the TD pass to Fulgham. Talk about trusting your receiver to make a play. pic.twitter.com/WFazcmlHB7

The Eagles need Wentz to build on last week’s performance and be MUCH better than he’s been to this point. If he can do that, this team’s outlook is suddenly a lot brighter. And if he’s not, well, Sunday’s game could very well be a blowout loss.

Who would be your X-Factor for the Week 5 game at Heinz Field? Let us know your thoughts in the comment section below!