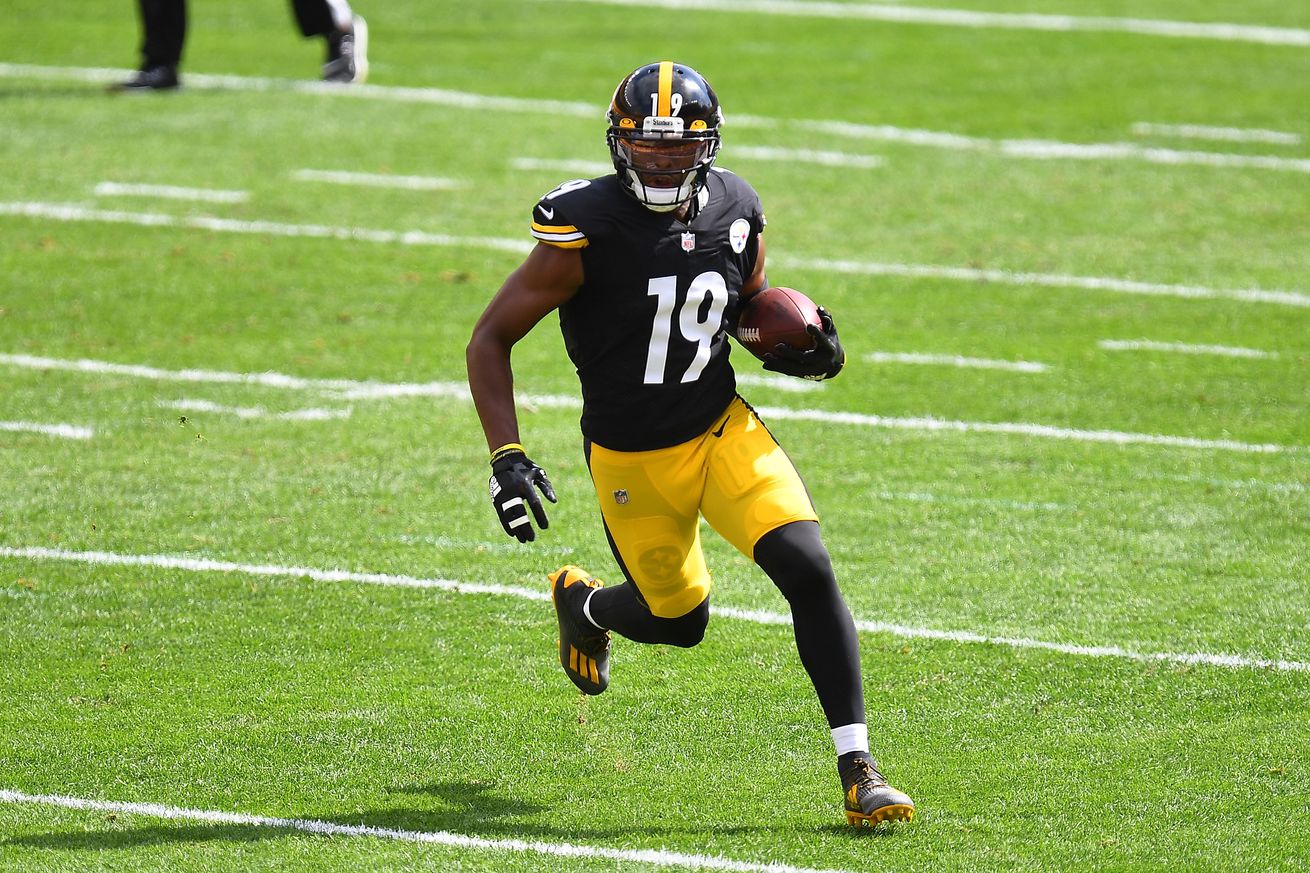 Who is the X-Factor for the Steelers in their Week 6 game vs. the Browns?

The Pittsburgh Steelers are preparing for the Cleveland Browns in Week 6. It is the Steelers’ fourth home game in a row, and hopefully their fifth win of the 2020 regular season.

When looking at the matchup between AFC North rivals, there are players who can be viewed as ‘X-Factors’.

As a clear-cut example of what an ‘X-Factor’ player would look like, think Troy Polamalu. Polamalu’s skill set made him a force to be reckoned with on every play. So, who are the ‘X-Factors’ for the Steelers Week 6 game vs. Cleveland?

Why: Last week vs. the Eagles it was Chase Claypool who used and abused the defense to the tune of 4 total touchdowns. Think Claypool will sneak up on the Browns in Week 6? Think again. The Browns will wisely throw an extra defender to Claypool’s side when he is on the outside, which should leave players in the slot with a favorable matchup.

If the Steelers are smart, the player who dominates the slot is none other than Smith-Schuster. Throw in the fact the Browns will be without two starting safeties and you can imagine with JuJu Smith-Schuster could do to the defense.

The Steelers’ offense is turning into a pick-your-poison unit, and that means it won’t be the same person every game who beats you. Last week it was Claypool, I think this week it is Smith-Schuster.

Why: The biggest thing the Steelers need to do against the Browns on Sunday is stop their rushing attack. Tyson Alualu has been dominating the center of the field for the Steelers in the run game while still helping to get pressure in the passing game. If the Steelers can stick in their base defense more than normal, Alualu needs to continue his dominance in helping the Steelers defense stop the run. If so, it could be a long day for Baker Mayfield and the Cleveland offense.

Why: I’ve been using right guard Wyatt Teller in these types of questions each week, but it looks like he is going to miss this Sunday’s game. Therefore, I’m going to take Myles Garrett. Last week against the Colts, Garrett only registered one sack on the stat sheet, but his pressures/hits on the quarterback were also responsible for hurrying Philip Rivers into an intentional grounding (which resulted in a safety) and two interceptions. There obviously exists the potential for some chippiness from Pittsburgh too toward Garrett, given what he did to Mason Rudolph last year, so we need to see him keep his emotions in check (as well as everyone else).

Who would be your X-Factor for the Week 6 game at Heinz Field? Let us know your thoughts in the comment section below!