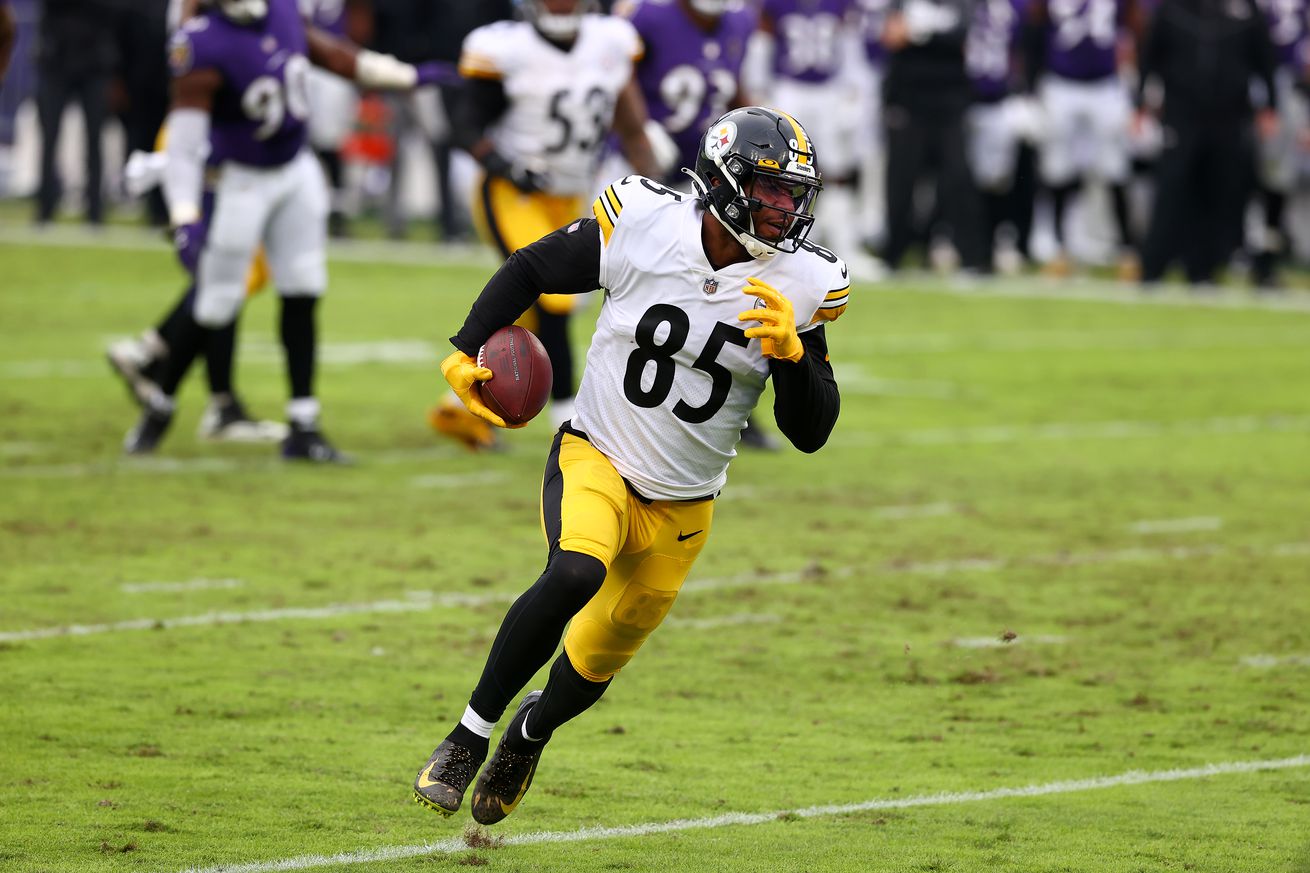 Who is the X-Factor for the Steelers in their Week 9 game vs. the Cowboys?

The Pittsburgh Steelers are preparing for the Dallas Cowboys in Week 9. It the Steelers’ third straight road game, and hopefully their eighth win of the 2020 regular season.

When looking at the matchup between AFC North and NFC East foes, there are players who can be viewed as ‘X-Factors’.

As a clear-cut example of what an ‘X-Factor’ player would look like, think Troy Polamalu. Polamalu’s skill set made him a force to be reckoned with on every play. So, who are the ‘X-Factors’ for the Steelers Week 9 game vs. Dallas?

Why: The Pittsburgh Steelers’ offensive attack is versatile. Every week you never really know who is going to step up and make big plays. Horrible for fantasy football owners, but great for the Steelers. Having an arsenal of weapons where the defense can’t key on one, or more, player has proven to be a tremendous asset to the team throughout the 2020 season.

This week, going against a sub-par Dallas Cowboys team, it is easy to think Chase Claypool, James Washington, James Conner or JuJu Smith-Schuster will be the X-Factor, but I am going to go with Eric Ebron.

With Vance McDonald nursing an illness which caused him to miss practice Friday and be listed as questionable heading into the game, Ebron should see increased reps. Those reps will go on top of the Steelers using him more in Week 8 vs. the Ravens than any other game this season. I think Ebron will start to compound performances and his relationship with Ben Roethlisberger will continue to grow and develop.

In other words, you should see more of the following…

The 3rd Lamar Jackson turnover resulted in a touchdown to Eric Ebron.pic.twitter.com/tmgUftMtl8

Have I been wrong before regarding who will be the hot hand on the Steelers’ offense? Absolutely I’ve been wrong before, but I have a hunch Eric Ebron will have a big game in ‘Big D’ Sunday.

Why: Coming off a game where Tuitt was named AFC Defensive Player of the Week, he will be looking to exploit another good matchup against a struggling Dallas Cowboys offensive line. With Tyson Alualu out with a knee injury, it will be up to Tuitt and Cameron Heyward to make sure they are taking care of business and controlling the line of scrimmage regardless of who else will get the snaps at nose tackle. Look for Tuitt to make more big plays in the backfield and add to his 2020 sack total which is already at six through the Steelers first seven games.

Why: The x-factor will be either Garrett Gilbert or Cooper Rush, depending on which one is selected to play quarterback for the Cowboys. Just to show you how desperate Dallas is at this point, when one of them starts on Sunday it will be the fourth starting quarterback the Cowboys have used this year. Neither Gilbert nor Rush have any meaningful NFL experience, and they will be playing behind an offensive line that gives up a lot of pressure.

Sounds like a perfect recipe for the Steelers defense, no?

So for the Cowboys to stand any chance of winning (they don’t stand a chance, really) then one of these two guys, whoever is playing, will need to orchestrate a masterful short passing game by being highly accurate, not just in completions, but in hitting receivers in stride so they can get some YAC. The Cowboys quarterback will have to surprise us with a highly competent game for this to be any competition.

Who would be your X-Factor for the Week 9 game at AT&T Stadium? Let us know your thoughts in the comment section below!