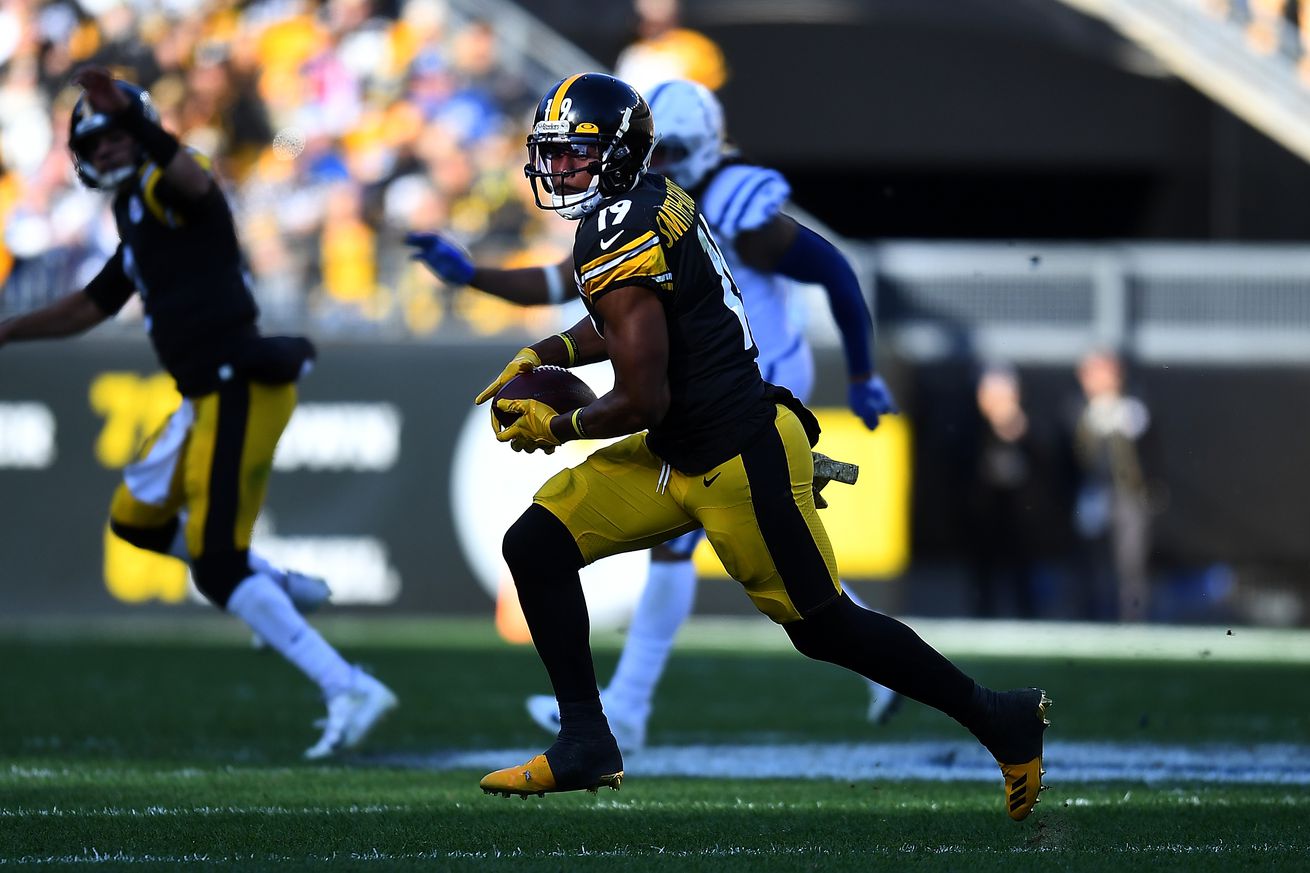 In a recent article by Bleacher Report highlighting seven young players who are facing a critical season, JuJu Smith-Schuster was one of the players selected.

I know at times I’ve been critical of some national sports media outlets for not really being in tune with what’s going on with the Pittsburgh Steelers. Although missing the mark at times, Bleacher Report nailed this particular topic perfectly in terms of the black and gold. In an article naming 7 Young NFL players in Danger Flaming out in 2020, JuJu Smith-Schuster was highlighted as a player who could be in danger of falling off the map altogether if he does not have a strong 2020 season.

Some other NFL players highlighted by Bleacher Report were wide receiver John Ross III of the Cincinnati Bengals, defensive lineman Solomon Thomas of the San Francisco 49ers, and linebacker Haason Reddick of the Arizona Cardinals. After breaking down each player, author Chris Rowling gave his thoughts on whether the player would “breakout” or “flameout” in 2020.

Here is the assessment of Smith-Schuster:

JuJu Smith-Schuster enters 2020 in a contract year with the Pittsburgh Steelers, and it feels like there has been zero traction toward an extension.

It’s not hard to see why after his flop last year in which he caught 42 of 70 targets for 552 yards and three touchdowns. He picked up just 23 first downs compared to 67 the year prior, and his drop percentage jumped 6.9 percent on 96 fewer targets.

And yet, those targets tell part of the story for the 2017 second-round pick, as JSS endured most of last season without Ben Roethlisberger under center. If Big Ben is back and additions like Eric Ebron help a spread-it-around attack, he shouldn’t have a problem stabilizing.

Granted, JSS probably isn’t going to hit 166 targets again and won’t benefit from playing alongside a top-five talent like Antonio Brown as he did in a Pro Bowl 2018 campaign. But he’s not going to flame out unless things turn disastrous around him again and he’s tasked with carrying the entire passing game by himself.

While it is true Smith-Schuster does not have a top-five receiver lined up alongside him for the 2020 season, the Steelers have multiple weapons who can help take some of the focus off of JuJu. With many believing second-year wide receiver Diontae Johnson has the potential to explode onto the scene even more in 2020, one of the two receivers should benefit by the presence of the other. Factor in the addition of tight end Eric Ebron as well as some potential contributions with by the Steelers top draft pick of wide receiver Chase Claypool, the Steelers have many options in the passing game which could help open things up more for Smith-Schuster in 2020.

Other players not to be forgotten are tight end Vance McDonald and wide receiver James Washington who had solid contributions to the black and gold over the last season or more.

In all, the Steelers have five players entering 2020 who have had seasons of 600 receiving yards or more. Obviously, rookie Chase Claypool is not one of these receivers as of yet. Even without Claypool in the mix, the Steelers have a lot of quality options in the passing game without even factoring in the running backs.

With the potential to have so many solid contributions across-the-board, JuJu Smith-Schuster may continue to be the player who draws the majority of the attention in the passing game. Even so, with Ben Roethlisberger at quarterback and Smith-Schuster hopefully not dealing with multiple injuries, an improvement over 2019 is not even the floor for JuJu on the season. Whether or not he can return to his 2018 Pro Bowl form will be a question better answered once we are well underway in 2020. But according to Bleacher Report, and to the delight of Steelers Nation, Smith-Schuster should be getting back toward putting up the numbers he showed he was capable of two season ago.