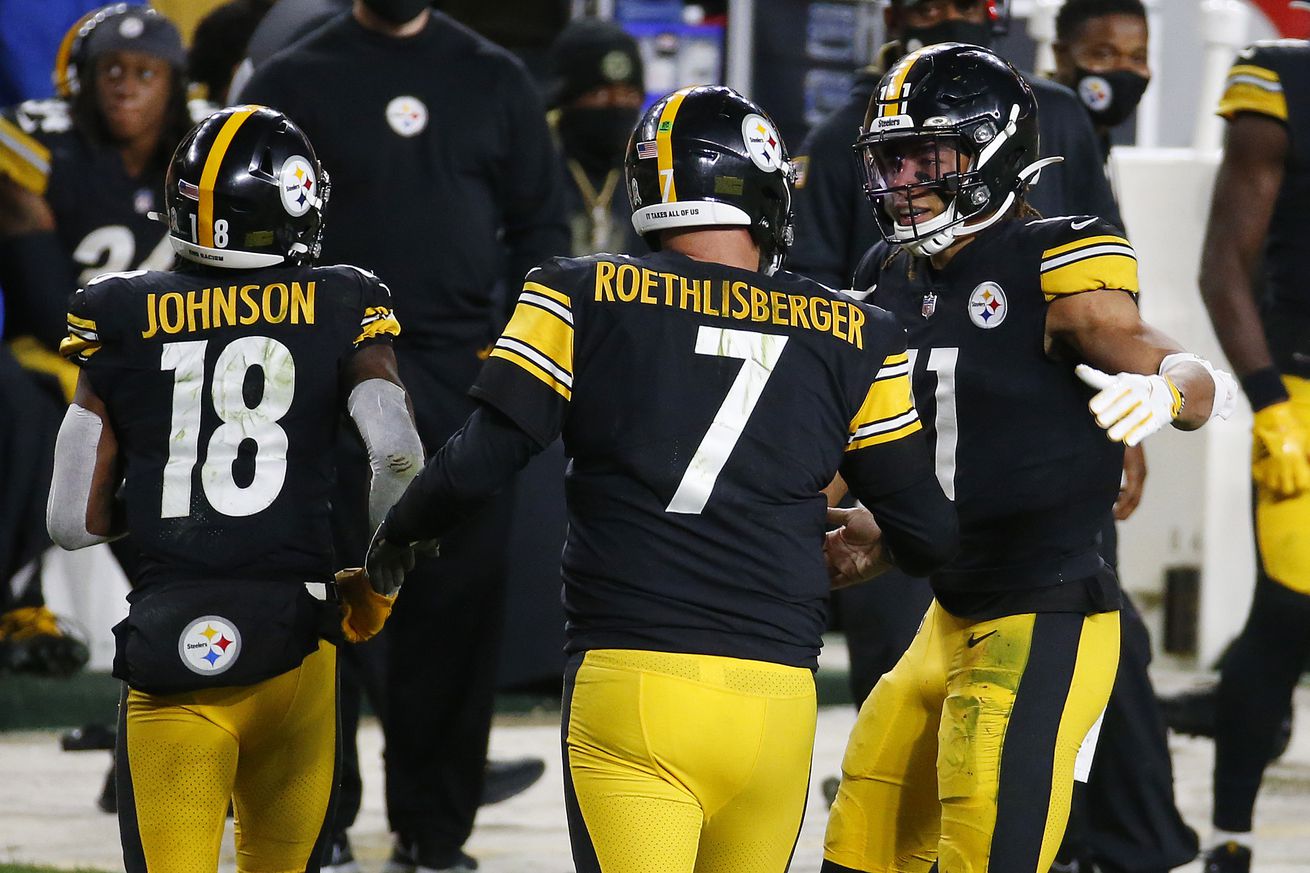 The Pittsburgh Steelers were back on the field Sunday when they played the Cincinnati Bengals in Week 10 of the regular season. After the AFC North game on Sunday, it is time to see who performed well, and who left a lot to be desired.

I have to be honest here. I actually had a gut feeling Roethlisberger would come out and play well. How did I have this feeling? We’ve seen this type of stuff from Roethlisberger before. Not practicing all week, the issues/fears of him potentially being COVID positive put Roethlisberger in a tough spot. When his back is against the wall is usually when he plays his best. Turns out my gut was right, and Roethlisberger played arguably his best game of the season in Week 10 vs. Cincinnati.

What is really crazy about this stat line is the vast majority of this production came in just one half of football. Johnson is a lethal weapon for the Steelers’ offense, and when he has the football in his hands he is almost guaranteed to make the first defender miss. Johnson is just another tremendous weapon the Steelers have in their passing attack, and he took advantage of his opportunities Sunday.

Haden doesn’t get the love he probably deserves, but he made his presence felt early and often vs. Joe Burrow and the Bengals on Sunday. His breaks on passes this season has been tremendous, and it is time he gets the recognition he deserves. Haden is now the grizzled veteran in the secondary, and he seems to be embracing that role just fine in 2020.

Entering this season there was a discussion of who would the Steelers look to keep after the 2020 season. Mike Hilton or Cam Sutton? Hilton’s absence has been felt during the past four games he has missed due to a shoulder injury, but Sutton has stepped up and made plays in his absence. None larger than the two forced fumbles he has caused in consecutive games. What was shocking to me was I had him on the winners list before looking at his complete stat line. A great day at the office for Sutton.

What might be the most impressive thing about the rookie wide receiver out of Notre Dame is his ability to compartmentalize his mistakes. Claypool had some drops in the game Sunday, and has had this share during his rookie campaign, but it never cracks his confidence. Claypool’s 7 receiving touchdowns on the season has him tied for 5th in the league, and just two behind league leaders Davante Adams and Tyreek Hill. Pretty impressive stuff for the young wide out.

By my record, McCloud should have three return touchdowns this season, but he just always seems to get caught up at the last moment. That shouldn’t take away from the impact he has had on the return game this season since taking over full time in lieu of Diontae Johnson. Ray-Ray is going to break one at some point, and hopefully that will be soon.

I’m not sure how I feel about Berry being in the winners column, but if I am going to bash him for his poor performances, I have to acknowledge the good ones too. Berry had, in my opinion, his best performance of his career Sunday. Some will say he was aided by the wind, I honestly don’t care. He showed both some finesse and strength in his punts, and that is what you want from your kicker, the ability to flip the field and give offenses a long field to operate. Job well done for the Australian.

I can’t say I’ve ever seen a stat line like the one above. An offense who doesn’t convert a first down in four quarters. NOT ONE! Incredible, to say the least, and the Steelers’ defense played their best on third downs on Sunday. A nice change from their third down struggles against the Cowboys in Week 9.

Speaking of efficient, the Steelers’ red-zone offense was the epitome of that. 5 total trips, and 4 of them resulting in touchdowns? That’s some good work there, and reminiscent of the 2018 offense which led the league in red-zone efficiency. This statistic, red-zone efficiency, will be a key metric for the Steelers down the stretch. Scoring touchdowns, and not field goals, is what separates the contenders from the pretenders.

The Steelers’ offense was great in the red-zone, but not so much on third downs. I might have to be more specific here and talk about first half third down efficiency. Nonetheless, if there is one area of the offense which can improve, it would be on third downs. Finishing the day with a 37% conversion rate just isn’t going to cut it.

The Steelers got away from the run, but it wasn’t as if they didn’t try. I have to question the style of runs and what they saw in the Bengals’ defense which they felt the stretch outside runs would be more successful than the runs up the middle. Nonetheless, another day where the Steelers couldn’t even entertain the thought of being balanced offensively. Is this the new norm in Pittsburgh, or will they figure it out? Only time will tell…