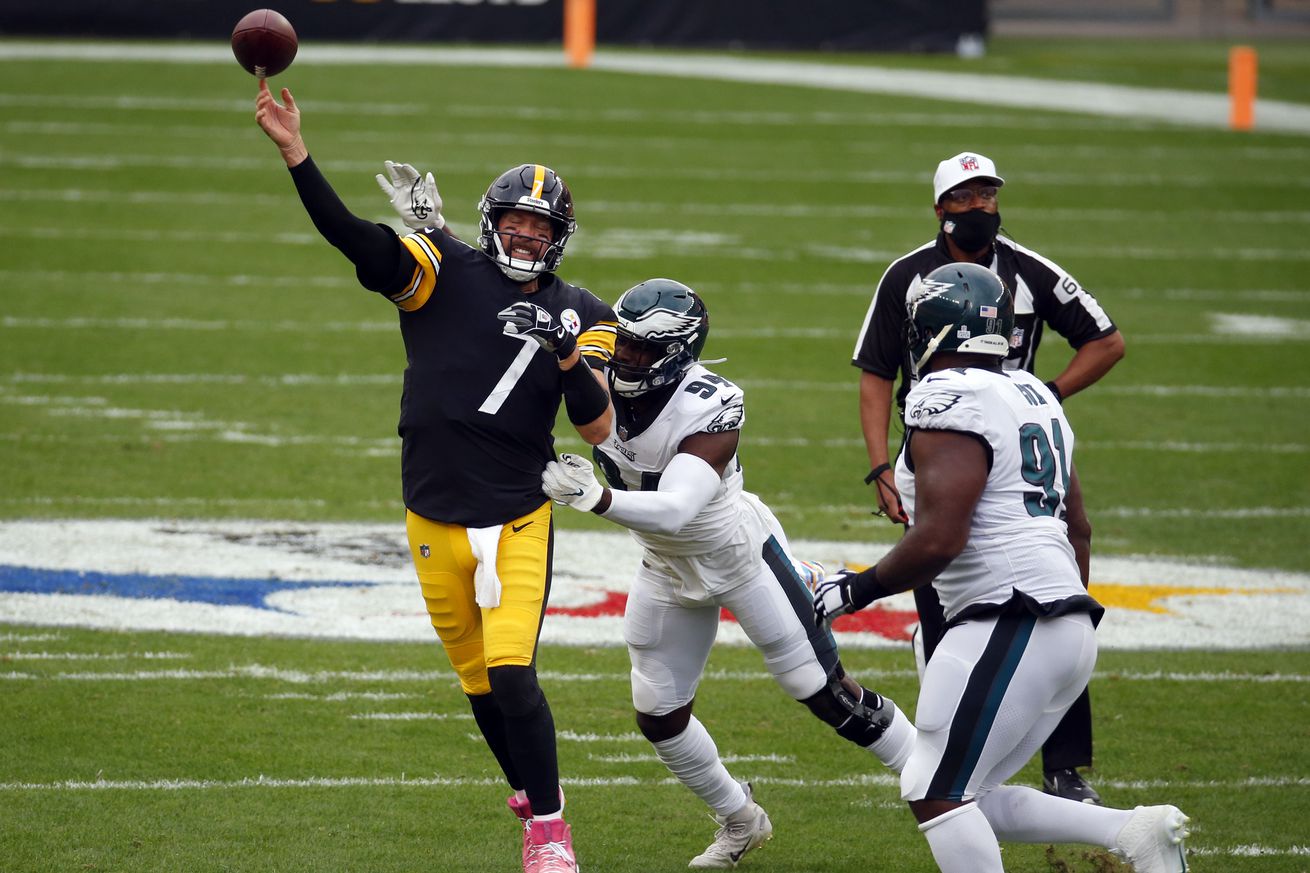 The Pittsburgh Steelers were back on the field Sunday when they played the Philadelphia Eagles in Week 5 of the regular season. After the AFC vs. NFC game on Sunday, it is time to see who performed well, and who left a lot to be desired.

What else is there to say about Claypool and his 4 touchdown performance? He did everything ask of him, and then some. My biggest question is how the offense is going to highlight him moving forward. Will he remain a focal point of the passing attack, or was this just a one week game plan looking at the Philadelphia defense? Only time will tell, but one thing is for certain, Claypool looks like he has what it takes to be a difference maker.

Roethlisberger continued his steady progression of play throughout the 2020 regular season, and his Week 5 performance was his best yet. Roethlisberger has been extremely efficient with the football, and he has an arsenal which doesn’t require him to focus solely on one, or two, individuals. Instead, he can pick his spots and attack what the defense gives him. The scary part? This offense isn’t anywhere near a finished product. Good news for the Steelers, bad news for their opponents.

There was a time under Todd Haley when the Steelers had the best third down offense in the NFL. It just seemed no matter what the down or distance, the Steelers would convert. While this 2020 offense isn’t there, yet, they are certainly becoming a positive part of the overall offense. Sunday’s 11/15 performance was a gigantic step in the right direction. The Steelers convert on 3rd down 48.3% of the time, which is currently 9th in the NFL.

McCloud was cast aside by the Buffalo Bills during training camp, and the Steelers turned them into their latest project. What does McCloud do well? Everything Ryan Switzer did, just in a dynamic way. McCloud’s return ability combined with his blazing speed, makes him a threat to score every time he touches the football. The Steelers seem to be getting him involved more in the offense, and McCloud is giving them a reason to believe they made the right call by signing him off the NFL scrap heap. My only question is should McCloud replace Diontae Johnson as the punt returner moving forward?

The Eagles defense came into Sunday leading the league in sacks, and when David DeCastro left the game fans were concerned. How would rookie Kevin Dotson handle players like Javon Hargrave and Fletcher Cox? The answer? Pretty well. The Steelers only giving up one sack and two registered quarterback hits was a thing of beauty. They gave Roethlisberger the time he needed to get the ball out of his hands, and was by far the best performance from the offensive line so far this season.

I am a big fan of Eric Ebron, and have been since his days at North Carolina. However, what fans saw on Sunday can happen with Ebron. This isn’t to suggest it is the new norm for the tight end, but he can have games where he has drops and/or fumbles. The fumble came at a critical point in the game where at worst the Steelers would flip the field and force the Eagles to drive the length of the field to add points to their total. Nonetheless, Ebron’s fumble gave them great field position. A blemish on an otherwise solid start to his career in Pittsburgh for Ebron.

3rd Down Defense
Stat Line: Eagles finished 10-14 on 3rd down

For as great as the Steelers’ third down offense was, the third down defense was equally bad. Pittsburgh just couldn’t get off the field when it mattered most. This might have been the most disturbing part of the day for me, and it does tie into some schematics deployed by Keith Butler. Nonetheless, if the Steelers don’t get this third down defense in check soon, fans better hope the offense continues to stay hot or they could be in trouble.

I am not about to sit here and say just the Steelers were screwed with penalties on Sunday. The officiating was bad all around, and the flag happy crew blew some huge calls which turned the tide in this game on more than one occasion. The worst call of them all? The offensive pass interference call on Chase Claypool which negated what could have been a fifth touchdown by the rookie wide receiver. The NFL said they don’t want refs throwing flags unless the penalties are “obvious”, well this crew must not have gotten the memo.