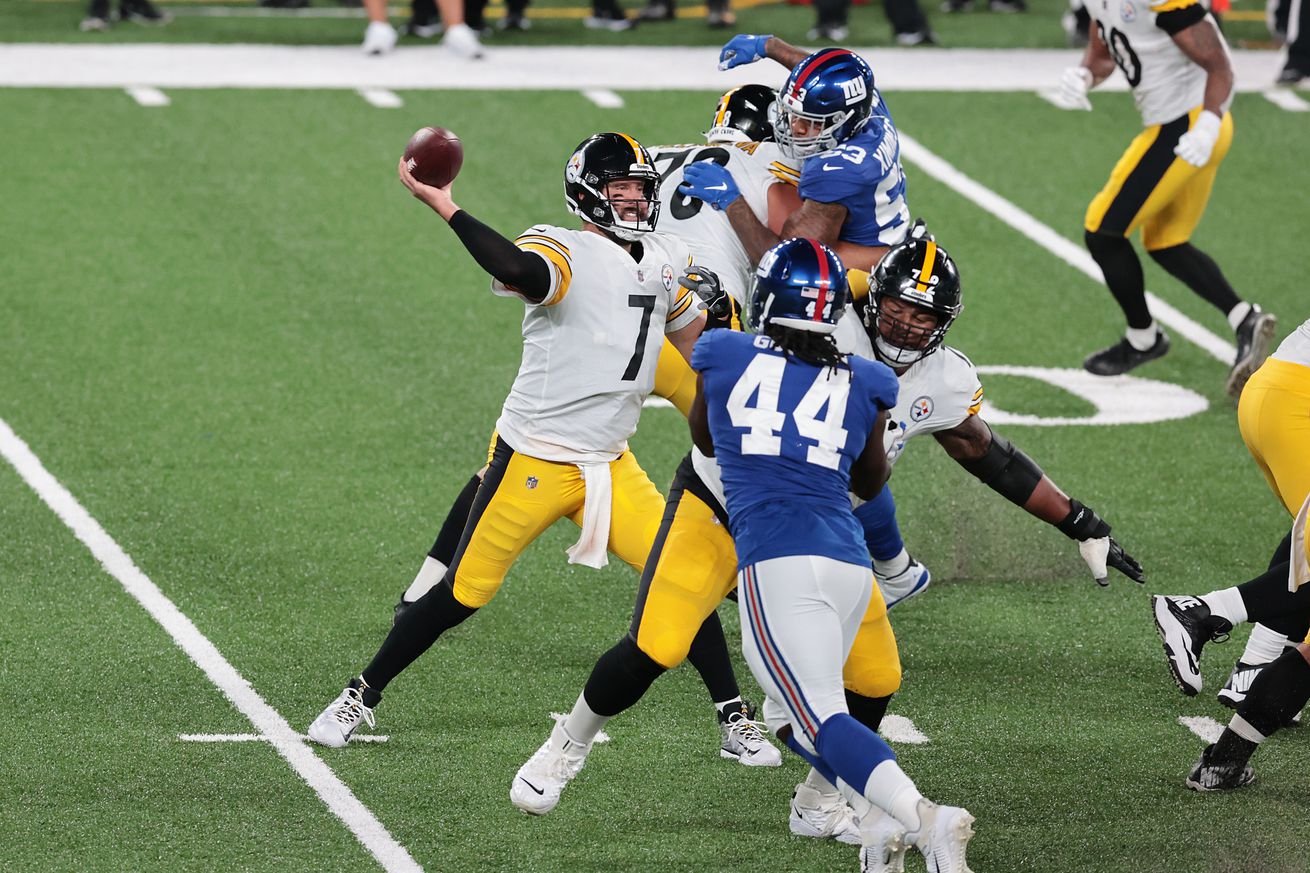 The Pittsburgh Steelers were back on the field Monday night when they played the New York Giants in Week 1 of the regular season. After the interconference game on Monday, it is time to see who performed well, and who left a lot to be desired.

Some suggested Dupree played well in 2019 due to it being a contract year. Maybe so. Well guess what 2020 is for the former Kentucky product? Another contract year. And Dupree came out of the gates swinging like a mad man. With the Giants determined to keep Watt in check, Dupree had a dominant game in both run support and in the pass rush. Definitely deserving of being on the winners list.

Where in the world did this Benny Snell come from? This is what fans can expect with no preseason and hardly any reporting happening from the team’s secluded training camp at Heinz Field. We all knew Snell lost some weight, but no one, at least not me, expected the changes in burst, lateral speed and vision. A tremendous sight to see for the second year running back, and a great debut to the 2020 season.

Some might look at Watt’s stat line and wonder how he finds his way into the winner’s column. The answer is simple. Watt is a game-changer. Not just in his play, but what an offense does to try to slow him down. Watt was a force to be reckoned with, and although he didn’t register a sack was around Daniel Jones early and often. His interception showcased his athleticism, as if we needed another display of that. The sacks will come for Watt, but the more they double team him the more one-on-ones Dupree will have opposite him.

Last season everyone attributes Minkah Fitzpatrick’s trade to Pittsburgh as the reason the defense got turned around. Let’s not forget about Williams’ return to the lineup. His downhill, physical style is an absolute necessity for this defense, and it was on display Monday night. Williams’ sack on Jones was a jarring hit, and his three tackles for losses illustrate where he spent most of his night…in the backfield. A great opener for Williams who is looking to re-invent himself alongside Devin Bush.

It was great to see JuJu Smith-Schuster look like the JuJu Smith-Schuster fans have grown to love during his first two years in the league. What happened in 2019? His quarterback got hurt, and he battled injuries himself. Smith-Schuster looks to be in great shape, and the plethora of weapons on the Steelers’ offense will give him more and more opportunities like he had vs. New York. 6 targets, 6 receptions and 2 touchdowns. What a night, but I might argue his best play was the fumble recovery on the Snell fumble…

We all knew Roethlisberger would be rusty out of the gates, and it wasn’t until the end of the first half when Roethlisberger was able to manipulate the no-huddle offense he finally started to get into a groove. From there you saw more of the Roethlisberger fans have loved since 2004, and less of the happy feet, erratic Roethlisberger we saw early in the game. No one is faulting Roethlisberger for being nervous and having jitters, and it was good to see him settle in by throwing 3 touchdowns and not turning the ball over.

When you see players like Hines Ward play in the black-and-gold you know all about toughness and tough plays. However, I have to give Washington credit, his touchdown reception was so impressive to me, it got him a spot on the winners list. To make the catch, keep his feet and fight his way over the goal line was a special type of validation for a receiver who has never really bonded with Roethlisberger as his quarterback. If Washington could have hauled in that deep pass it would have made his day even sweeter, but Washington will have opportunities this year with all the weapons at the Steelers’ disposal. He looks like he is ready to take advantage of them.

The key everyone talked about leading up to the Week 1 game was stopping Saquon Barkley. The all-world running back can torch defenses every time he touches the ball. He had some yards as a receiver, but look at that rushing stat line. 15 carries for 6 yards. Ben Roethlisberger had more rushing yards than Saquon Barkley. Read that again. This rush defense looked like a brick wall Monday night. Can’t say how good Tyson Alualu played the nose tackle.

Diontae Johnson had a rough first half, and even though he certainly rebounded in the second half, he seemed off most of the night. The muffed punt can be chalked up to nerves of a first game with no preseason, but that play could have been a dagger to the Steelers on the road. Sadly, that play, and some miscommunication with Roethlisberger, lands Johnson on the loser list. A bit harsh? Maybe, but the expectation level was higher for the second year receiver.

I realize Boswell was 3/3 in field goal attempts, and he was dealing with a new holder, but his missed extra point lingered for the majority of the game. Once a mistake like that happens you are constantly playing catch up. Did it matter in the long run? No, but the mistake was still made. To me, the bigger issue was the kickoff out of bounds. That simply is inexcusable to give any offense the football at the 40 yard line without having to earn it.

When was the last time the Steelers came out in their first offensive possession and looked good? Might have to go back to 2018 to find that gem, and even then I don’t recall them ever lighting the world on fire with their fast starts. If this offense could get things together earlier, and give the defense an early lead, it would only make the defense even more dynamic with an opponent who has become one dimensional. The starts have to improve.