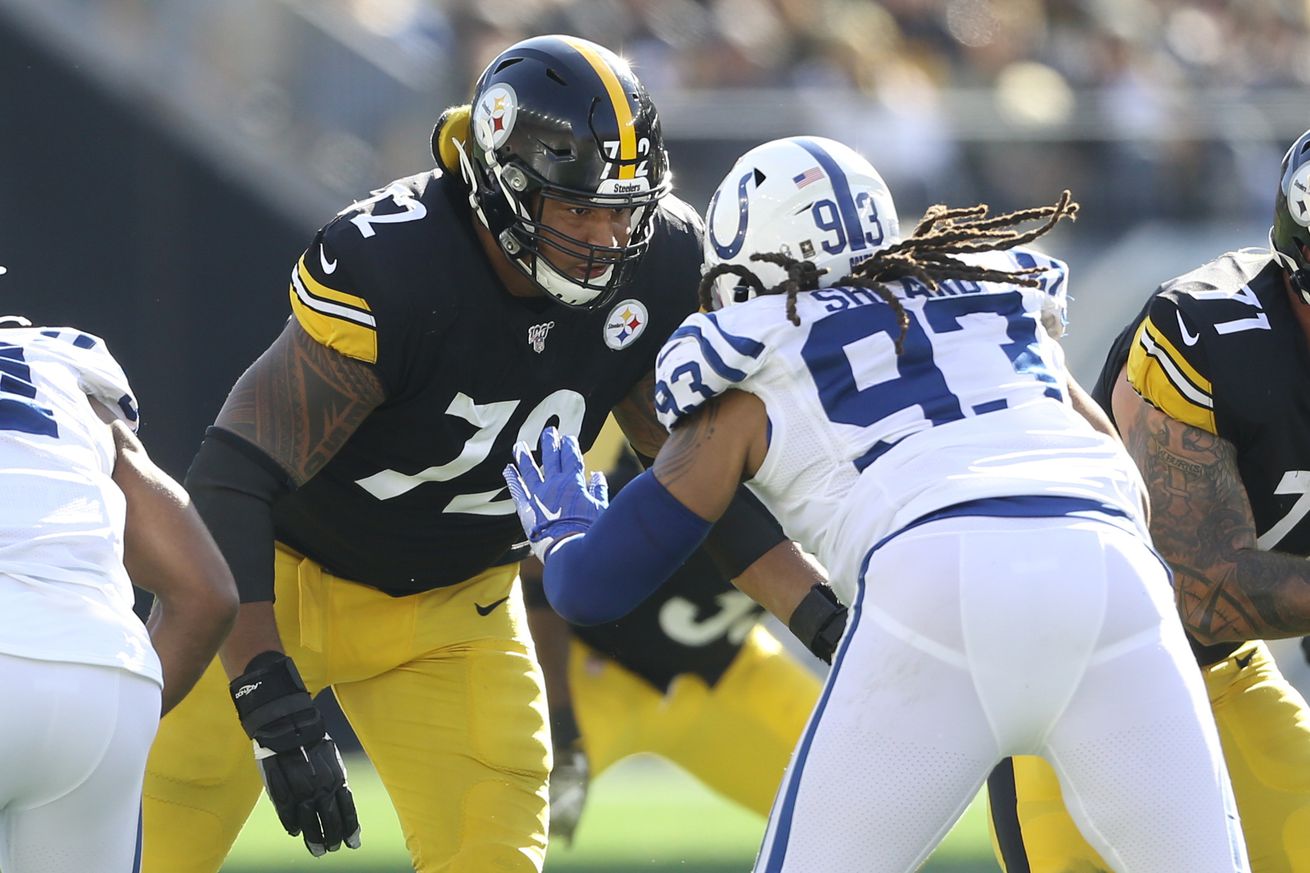 The Steelers tackle is grateful to not have to wonder his NFL future heading into cut down day.

The Pittsburgh Steelers 2020 training camp has wound to close. With their final practice at Heinz Field being held Friday morning, the Steelers staff is now tasked with taking their 80-man training camp roster and trimming it down to 53 players. With the deadline on Saturday at 4 PM EDT, many players in Pittsburgh and around the NFL will be patiently waiting for the call as it regards to their future in the NFL and the 2020 season.

One player who understands exactly how this feels is Steelers’ offensive tackle Zach Banner. Being a “fringe” player throughout his entire NFL career, Banner is now competing for the starting right tackle job in Pittsburgh for 2020. Speaking to the media following practice on Friday, Banner stated how he appreciates not having to go through the stress of waiting for the call on Saturday.

#Steelers Zach Banner asked abt potentially not winning starting RT, talks balancing competitiveness w recognition of moment: “I’m extremely grateful that I’m not a bubble roster guy anymore. I’m going to be on the 53. I’m not going to be in my hotel, waiting for the phone.”

Entering his fourth year of the NFL and third with the Pittsburgh Steelers, Banner has been a player on the edge of the roster every season in the NFL prior to 2020. Drafted in the fourth round by the Indianapolis Colts, Banner did not make the teams 53-man roster as they hoped to put him on the practice squad as he dealt with weight issues. Claimed off waivers by the Cleveland Browns, Banner appeared in eight games his rookie season for a grand total of 45 snaps. Released in the offseason, Banner was claimed by the Carolina Panthers temporary only to be released prior to the start of 2018 training camp.

Coming into Steelers’ training camp late in 2018, Banner made the Steelers roster but was only active a couple games and did not play a snap. Not in the discussion for any type of starting position in 2019, Banner once again made the 53-man roster and appeared in 14 games for the Steelers as he took over the “jumbo” tight end position.

But being considered a roster lock for 2020 is not Banner’s goal. According to Teresa Varley of Steelers.com, Banner is focused on one day earning a starting position.

‘I am extremely grateful I am not a bubble roster guy anymore. I am going to be on the 53. I am not settling for that. I want to play. I want to be a starter.’ – @ZBNFL

Who will end up winning the starting job at right tackle for the 2020 Pittsburgh Steelers is still up in the air. With no preseason games to go by and very little news coming out of training camp, the Steelers are not ready to say who will be in there the first snap when the team kicks off their season on September 14 against the New York Giants on Monday Night Football. Steelers head coach Mike Tomlin went as far as to address how the depth chart could look on Monday when he spoke to the media on Friday.

Coach Tomlin said you might see OR listed on the depth chart on Monday at right tackle regarding the battle between Zach Banner and Chuks Okorafor.

Zach Banner says he understands why Coach Mike Tomlin hasn’t named a starter yet: ‘You’re talking about protecting the most important person in Pittsburgh.’

Whether it is Zach banner or Chukwuma Okorafor who steps onto the field for the Steelers first offensive drive this season, both players look to have a role in the Steelers offense. The first man out appears to be the player who will be the swing tackle and the jumbo tight end when called upon.

Whether or not Banner wins the position, it seems he will be grateful for how far he’s come yet still not satisfied with what he still hopes to accomplish in his NFL career.